Nintendo Switch wins Xbox One sales once again: Microsoft’s console is far behind

Nintendo’s hybrid console continues to break sales records. According to the latest data, the Nintendo Switch is the second best-selling eighth generation consoles.

According to Forbes, Nintendo has sold about 68 million consoles around the world. Thus, Switch managed to overtake such classic gaming systems as the NES and SNES. However, the most interesting thing is different. In just three years, the Japanese company managed to take second place in the current race of gaming systems, losing only to the PlayStation 4. Moreover, the gap between the Nintendo Switch and Xbox One is significant – according to some reports, the difference is about 20 million consoles. 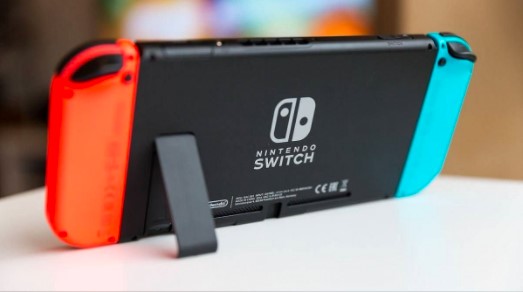 Finally, according to journalists, the best-selling game for the platform was Mario Kart 8 Deluxe . In total, almost 29 million copies of this game have been sold around the world. Racing game ported from Nintendo Wii U surpasses salesThe Legend of Zelda: Breath of the Wild .

The capacitive touchscreen is framed by a matte black frame, molded from plastic, which looks rather laconic, the designation of the Nintendo Switch logo is favorably emphasized on the back cover .

The rear panel of the device is equipped with a built-in stand on the right side of the tablet, which, when deployed, provides access to the microSD slot. In the upper right corner there is a slot for game cards, protected by a port cover and a headphone jack. Volume buttons are located in the upper left corner. On each side of the device is a JoyCon controller, which work in pairs.

The front of the Nintendo Switch is basically a display. I say “mostly” because of the wide black bezel that covers the screen, resulting in an actual size of the display that opens to our eyes is 15.24 cm.

Anyone familiar with game consoles should feel right at home in TV mode. With the docking station connected to your TV, sit on the couch and play the adventure game The Legend of Zelda: Breath of the Wild on the big screen. Nothing beats playing Zelda on a 65-inch display – it’s just magic.

Don’t have a TV close at hand? No problem, just take the Switch out of the dock, unfold the stand and go to desktop mode. Place your device on a flat surface, grab your controllers and start playing. If you are on the road long enough, simply plug the JoyCon controllers into the box and switch to portable mode.

Everything is so simple that even a child can do it. And that’s the whole point of Nintendo.

As soon as you connect the power cable and HDMI, the connection between the set-top box and the TV is established literally in an instant. It’s simple and convenient – no dancing with a tambourine to see an impressive picture on the TV screen.

Freebie: a game about a thief and a dangerous cult from Ukrainian developers is distributed for free on PC
Reddit posted a video of how Xbox Series X began to smoke
To Top