Freebie: a game about a thief and a dangerous cult from Ukrainian developers is distributed for free on PC

A new distribution has started on PC : the IndieGala portal has published a free game. This time you can download the quest from the Russian publisher Playrix.

Fall of the New Age tells about the dark times of the Middle Ages, where a secret community is trying to stop the development of mankind. Players will take on the role of a young thief named Marla, who is thrown into prison, and her little brother Ray is kidnapped by unknown people in leather masks.

With the help of a friend, she manages to escape from prison and in the process the girl learns that not only her brother was kidnapped. In Fall of the New Age, players will solve puzzles and unravel the mysteries of the mystical order. 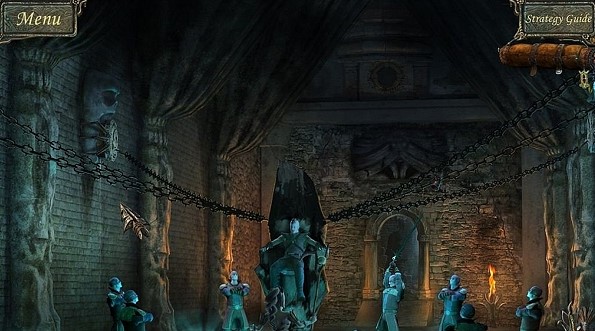 The game was developed by the Ukrainian studio Shaman Games and published by the Russian company Playrix. You can download Fall of the New Age here .

Free keys in VK and Tg ! Subscribe to our groups, read the news and grab a freebie – Steam key for Hard Truck Apocalypse / Ex Machina and other games! Find out how to get the game.

Fall of the New Age: Collectors Edition – play the role of a young thief named Marlo, get ready to travel to the streets of a dark medieval city, where the ball is ruled by a mysterious cult that rejects all achievements in the field of science and culture. To exist in such a place is far from an easy task, because pressure on dissidents is carried out everywhere. Your task is to find out about the true plans of the cultists and free the kidnapped brother Marla from the hands of these insidious “cultists”.

In this case, you will be helped by the former captain of the royal guard Herbet, who has a personal interest in this case. The time has come to shed light on what is happening!

The announcement of the remaster of the Mass Effect trilogy has been leaked online. BioWare is developing a new part
Nintendo Switch wins Xbox One sales once again: Microsoft’s console is far behind
To Top