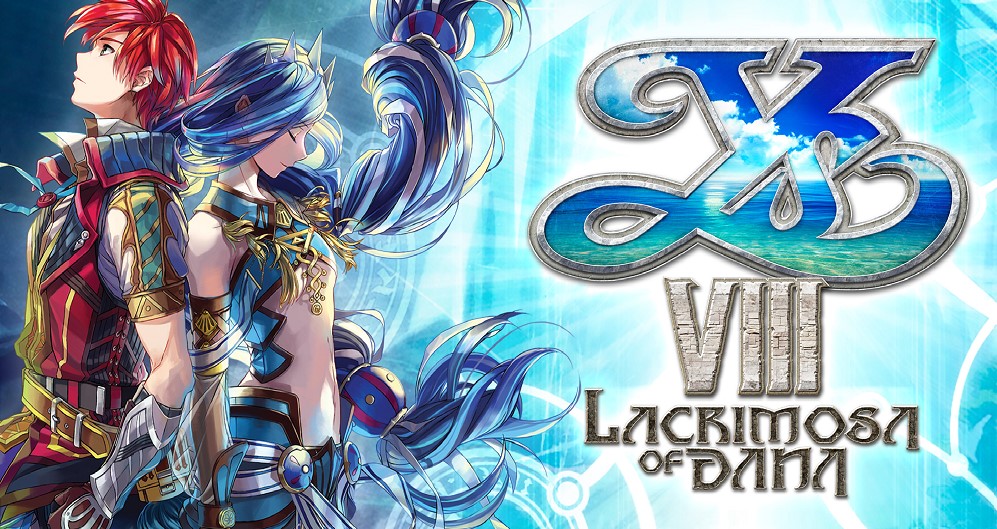 “It was the fifth day on a desert island. Once again, the captain sent me to look for survivors and draw a map. Looking at the speed with which my old friend Dogi rebuilds the village and how well he does it with a complete lack of resources, I begin to suspect that I am sent to research only so that I do not get in the way under his feet and do not feel unnecessary. True, for the time being, I am more concerned about when Dogi will conduct plumbing … ”

From the notes of the traveler Adol Kristin

That’s what you can’t take away from the Japanese igrostroy is the love for numbered episodes: let’s remember Final Fantasy, Dragon Quest, Persona, Tales of, Star Ocean and many other series. And most often, their individual parts are not related to each other in any way, limiting themselves to purely gameplay and stylistic similarities. Ideally, this approach allows the average neophyte to join a well-known franchise at any convenient moment and not be lost in an unusual world among a good dozen characters that he for some reason should know (although the Japanese cope with the task of completely disorienting the player and without connections with any ancient jRPGs). But in fact, the same neophyte can easily pass by the “next final game” without understanding the details of the Japanese numbering system for role-playing games.

the Ys series, with its thirty-year history, is in a doubly unfortunate position to attract new players. Of course, the plots of most of its licensed parts are not directly related to each other, but they all tell about the adventures of a very specific hero – Adol Christin, a young traveler with a talent for finding trouble on his red head and with amazing luck in attracting shipwrecks. Such a highly visible connection between iterations is easy to scare fans of following the canon, even if in reality you have just learned everything you need to know about the Ys series in order to begin acquaintance with the new part with relative comfort.

However, not only the ancient history of the series, but also the frankly outdated appearance of Ys VIII can ward off the modern player. The game was an extraordinary victim of simultaneous development on the PS4 and pocket Vita, where performance was adjusted to a weaker console. That’s why it seems like the game is ten or fifteen years late that way: here you have simplified low-detailed graphics, and character models that rotate strictly 45 degrees at breakneck speeds during cutscenes, and forced division of the map into small arena locations. To unpleasant trifles, one can add the fact that the speech of the characters is drowned out by music by default, and the control layout on the gamepad (which, fortunately, can be completely reassigned) shamelessly tries to break the habit that has been hammered in over the years that the attack should be on the square. And somehow it turns out that all the worst in the game triumphantly sticks out already in the prologue. But one has only to survive the introductory ship and let Adol once again crash near a desert island, like a game … not exactly transformed, okay, but it becomes much more pleasing to the eye.

Yes, Ys VIII is tailored for the limited resources of PS Vita. Yes, the detailing of the environment and characters is constantly lame. Yes, the locations are small. But the game tries to squeeze out all possible juices from them. And the longer you explore the island of Seiren, the less attention you pay to the shortcomings and game conventions. Which, however, is enough.

At its core, Ys is a simple slasher with rare role-playing elements. Slashing and shredding is all that Adol and his companions are trained to do. Get the nuts from the tree? Chop the tree! Pick a flower? Chop it! Oh, look, some strange ore? Shred that there is urine! The whole gameplay is tied to incessant battles with representatives of the local fauna and, oddly enough, flora, as well as exploring the map of the island in search of other survivors of the shipwreck. And if the exploration of the world in itself is interesting, although annoying by the need to often change the so-called research equipment, initially limited to only one active slot (Adol is not trained to wear gloves for climbing vines and boots for walking in swamps at the same time, he has to read textbooks for the sake of the great discovering that legs and arms are different parts of the body),

Enemies on the local mysterious island are almost all living creatures: from squirrels and moles to giant carnivorous flowers. And for every victim of a shipwreck, you have to make your way through tons of small monsters that restore the population with each change of location. A rare source of diversity is missions to protect survivors’ settlements and attempts to recapture some territory from local monsters. True, this variety lies in the fact that we trivially cut out waves of monsters. And although the combat system, tied to special attacks and blocking dodges, is simple and does not require any special skills, it manages to get bored very quickly. And involuntarily you start to simply run through the locations, dodging the attacks of the crowd of monsters chasing you along the way.
Download :  Parkour Simulator: PC Game Download Free Full Version
And what a shame, apart from the battles and exploration of Ys VIII, there is not much to offer. The characters here are mostly not remembered, and interaction with them is minimal. While Adol is walking around the island, the survivors are rebuilding the village at a Stakhanovite pace and only occasionally give quests, most of which are limited to the classic “go and fetch”. The plot begins 8-10 hours after the start, but even then it cannot be called unusual or entertaining. No, a simple story in which half of the events are guessed in advance.

But with all this, you involuntarily get drawn into Ys VIII. In the most paradoxical way, the game manages to appeal to the primitive desire for research. I want to open the whole map, find all the survivors, go through all the quests. And behind this case, the hours fly by unnoticed. Ys VIII is not a great or special game, but it is quite capable of captivating and leaving a pleasant aftertaste, even if it requires a very long acceleration for this.