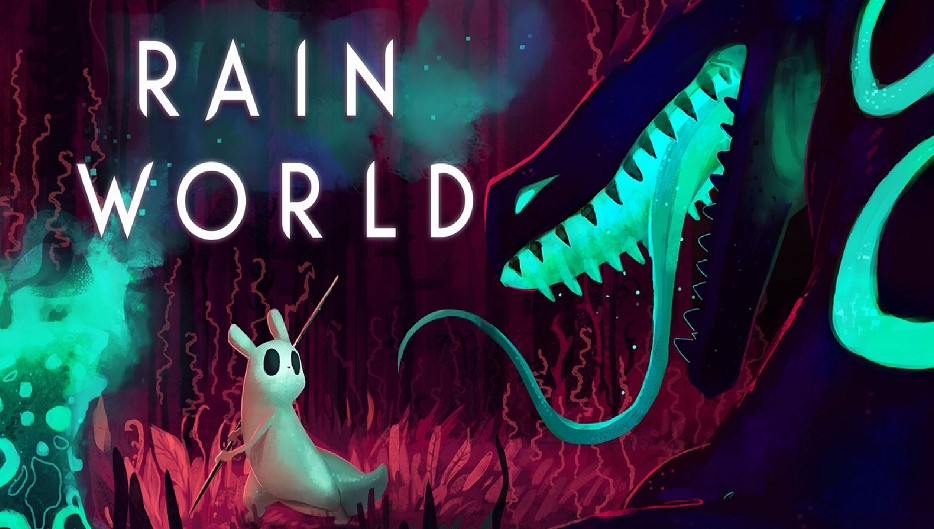 Rain world: Publisher Adult Swim Games takes mostly parodic or simply frivolous projects under its wing – to match the TV block progenitor. If a game not based on the Rick and Morty animated series comes out under its sign, then rest assured: in most cases, it is still something fun and laid-back. And now, following the arcade hello to the bullet hell genre Rise & Shine and the futuristic creative murder simulator Desync, released at the beginning of the year, the most serious game from adult entertainment providers has come to light. Her name is Rain World.

The harsh metroidvania from the guys from Videocult began its journey with Kickstarter at the dawn of 2014. A fairly large number of players became interested in it immediately after the announcement. This helped to raise the required amount of 25,000 evergreens in a matter of days, and by the end of the campaign even exceeded it by 2.5 times. Having received such support from gamers and at the same time building up a small army (3,000) of those awaiting the release of the game, the developers did not rush to release and decided to make a really big project – by the standards of indie, for sure. What attracted all these people so much?

The first thing that attracts you to Rain World is an unusual protagonist. You have to try on the skin of a small and nimble slug cat (yes, it’s a slug + a cat), or rather, a slug kitten. He lived quietly on the remains of human civilization with his family: he huddled in his native nest, traveled with his brothers and hunted bats. But one day, by the will of the fate of the villain, there was a heavy downpour that separated the slug kitten from the family. And now the task of the victim of interspecific crossing is to find their relatives. But first you have to learn how to survive alone in an unfriendly world.

Don’t let the imaginary cuteness of the protagonist fool you: the cute face and habits of a small predator are the only thing that will make you smile throughout the game. Because behind the brackets of tenderness hides genuine hardcore. Comparisons even arise with Dark Souls and Super Meat Boy. The first Rain World is related to the unpredictable behavior of opponents and quick death from their hands (paws, teeth, tentacles), and the second is the need to hone the skills of a keyboard acrobat and remarkable reaction. To all this, Rain World adds a couple of words from itself: extremely rare save points and a time limit (thanks, at least, not like in the first Dead Rising – it’s easier here).

You are thrown out into a huge world (1600+ screens, according to the creators), and a yellow goat-guide on the fingers explains the basics of control and sends you to the nearest tiny checkpoint room, similar to a miniature nuclear reactor. What to do, where to go and how to play it at all – figure it out for yourself. Most likely, you will spend the first couple of hours trying to understand how the mechanics work and what the game wants from you. You are unlikely to get very far during this time: consider yourself very lucky if you somehow manage to get to the next location without knowing the rules of Rain World. Each new enemy, each new item and each gameplay detail will have to be felt with your own hands, and other things will have to be turned in your hands for a long time to understand the principles of their work.

By the way, about the time limit. If, upon exiting a cozy mink, you are not devoured by a huge lizard in a couple of minutes (judging by the appearance – a Komodo dragon) and you manage to calmly walk, then know that this will not last long. After the n-th period of time, the clouds will begin to thicken, and all living creatures will quickly run away to a safe place. This means that a torrential rain of such force is about to fall that the only place where it can be waited out will be the hibernation chamber (aka save point). Closed spaces are flooded, and literally walls of water appear in open spaces. Didn’t have time to return or didn’t find a new home? Well, your problem is to lose a point of karma needed to enter new zones and unlock achievements.

All animals (and not only) in the game make up the food chain and have their own special style of behavior – as befits creatures of different species. You eat defenseless bats and caterpillars, everyone else eats you. Who does not want to taste your flesh, he still wants to kill you. The first meeting with a new creature always takes place in fear of the unknown: it is not clear how to interact with it and what to expect. For example, the first meeting with an impressive flying cuttlefish causes no less impressive awe and a desire to stay as far away from this winged rubbish as possible. But it quickly turns out that the most she can do is push you off the nearest cliff with difficulty. Harmless spiders alone, when gathered together, will not only inject an incompatible amount of poison into you, but will also cause an uncontrollable attack of arachnophobia.

Forget about a fair fight with opponents. Most of them you can’t even kill. Our slugcat does not use its tiny paws, and the rubbish at hand in the form of stones and spears is only good to stun a predator that is hungry for your insides and quickly slip away. And there are plenty of funds to escape in Rain World. Of course, you can rely solely on your dexterity, but this does not always work and often depends on luck: many creatures are not assigned to certain screens and move freely between them. So sometimes someone’s mouth becomes the way out of the danger zone. Various plants are called to help in such situations. One, when thrown, works like a deafening firework, another illuminates the path and scares away spiders, and the third is generally a mushroom (yes, it’s not quite a plant, we know), which slows down time and allows you to jump higher. If you still landed in someone’s gastrointestinal tract, then a pre-eaten golden flower will help not to lose karma once.

Exploring everything and everyone in Rain World is the main thing for which it is worth playing. And this applies not only to the already mentioned flora and fauna, but also to management. The tutorial will show you how to move, but not how to properly use your movement abilities. Many randomly found and practiced movements will greatly simplify your life. An angry monitor lizard is chasing you, and you only have a fraction of a second to fall into a tiny hole? Make a slide and dive headlong into a saving place. This, however, does not mean that you will be completely safe there. This is where procedural animation and good AI come into play. Even huddled in the far corner, you still run the risk of being picked up by a clawed paw and, as a result, torn to pieces.

The game looks and sounds excellent, which only complements the atmosphere of a new, unknown life in the post-apocalyptic era. Judging by the industrial landscapes in the background, people once lived in this world. How and why they disappeared / died out is completely unimportant. The only important thing is how the puddles gradually dry up after the rain, how the light breaks through the window openings and what beautiful music is playing at that moment. The beauty!

You can scold Rain World for excessive complexity and not the most convenient control. The game is already long and rich in content, and procedural animation casts a shadow on the accuracy of movements. But both are perceived here more as an element of general hardcore than a 100% omission of the developers. If the game weren’t so complicated, it would lose a fair amount of charm. Wild but cute.

The Walking Dead – A New Frontier: Episode 3 – Above the Law
Desync
To Top