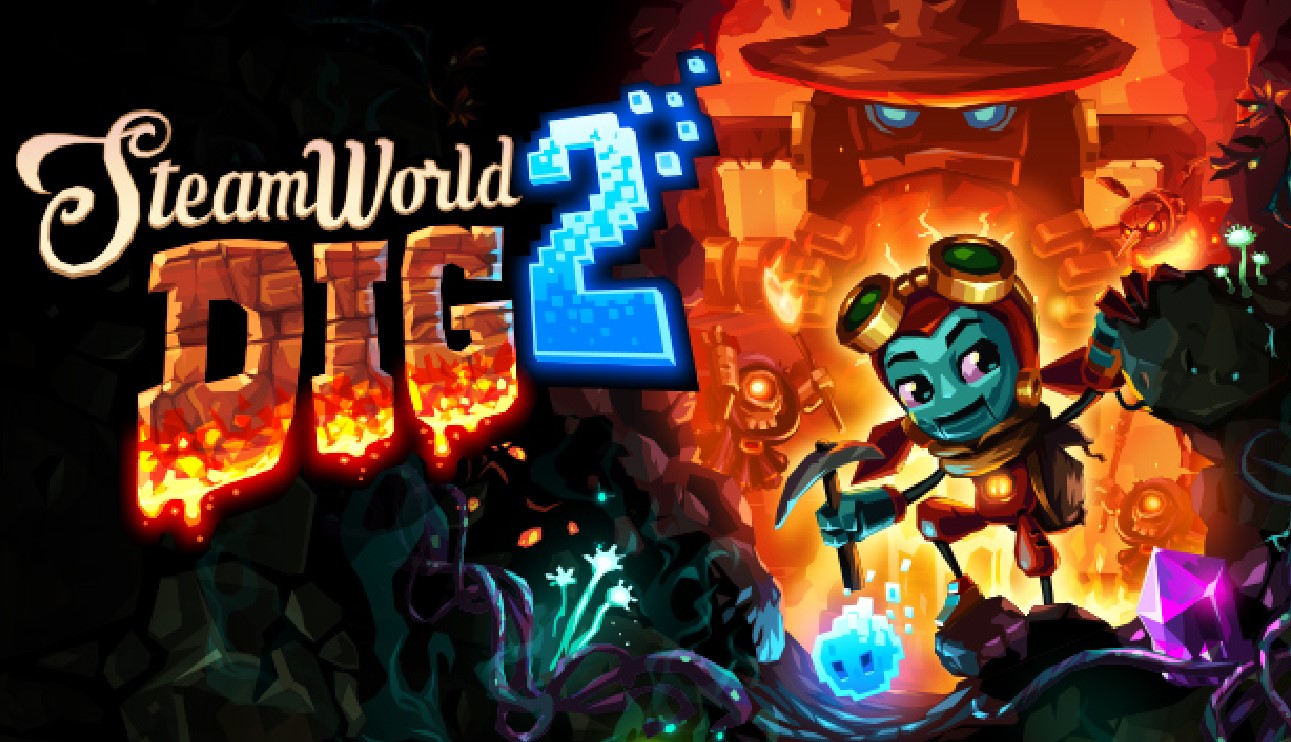 All Dorothy go down

It is foolish to expect something new and revolutionary from the digger genre. The authors of SteamWorld Dig 2 have soberly calculated their strength, and therefore the sequel they have collected will not be something out of the ordinary. Do you want a brief conclusion about the game now? Please: SteamWorld Dig 2 is the same, only better.

And now some details. For starters, our hero has changed, instead of the miner Rusty, we run for the strong and independent robotics Dorothy. True, she does not remain independent for long – very soon a floating clot of energy joins her, helping with advice and a minimap in the interface. Dorothy has two tasks for the next dive into the mine: to find the lost Rusty and to find out why the city of robots on the surface is constantly suffering from earthquakes. One could answer the residents: “Because your city is located above the bottomless mine that Dorothy is picking,” but this is too obvious.

So, we descend again to where the light does not dawn.Steam World Dig 2

The gameplay consists of three parts. The first one is classic. Dig down, look for new gadgets, collect minerals, clear points for fast travel, sell everything in the city and upgrade your equipment. We beat earthen blocks with a pickaxe, at stone knocking with a jackhammer, we blow up distant ones from a cannon, and in order not to break, we use a “cat” hook and a jetpack. For subsequent survival, slippers are suitable, which allow not to decompose into atoms in acid and lava, as well as armor that can reflect the first projectile flying at Dorothy from some kind of trap. All these swings and intensifies, especially if the player has a desire to spend five or six hours of real time collecting resources. And if there is no desire – well, the game is quite casual, and those resources are quite enough for the minimum necessary upgrades. which you find along the way to the goal. The main thing is not to die, because after death, most of their jewelry from Dorothy falls out and disappears.

The second part of the gameplay consists of careful exploration and wall tapping. The authors scattered dozens of artifacts and hundreds of gears around the game world. The former are exchanged for drawings of special equipment upgrades, the latter are needed to purchase these same upgrades. How is pumping for money different from pumping for gears? In fact, nothing, just some bonuses hang in one menu at the seller, others in another. Among the secret drawings, there are also those that radically change the passage – for example, they make battles more difficult, but give a richer reward.

Finally, the third part of the gameplay framework sends Dorothy to separate small levels. The gameplay in them differs from the usual “dig-dig-dig” at least in that you often don’t need to dig anything. Here are tests for dexterity, invention or time; you need to jump, fly, swim, run, push carts and solve riddles to get hidden gears or rare resources. Not every test is passed the first time, but the result is almost always worth the effort. In addition, here you can find special upgrades for devices and discover new unique features in them. Few people refuse to turn an ordinary gun into a grenade launcher.

Graphically, the game has become prettier, the number of video effects has increased, the animation has become smoother and more pleasing to the eye, although the visual style has remained cartoonish. It is correct: as it was said at the very beginning, none of the authors even thought of doing something radically new. Just another ten hours of fun gameplay, more variety, more digging, more leveling. Not so much to get any other impressions from the game, but enough to stick in earnest.