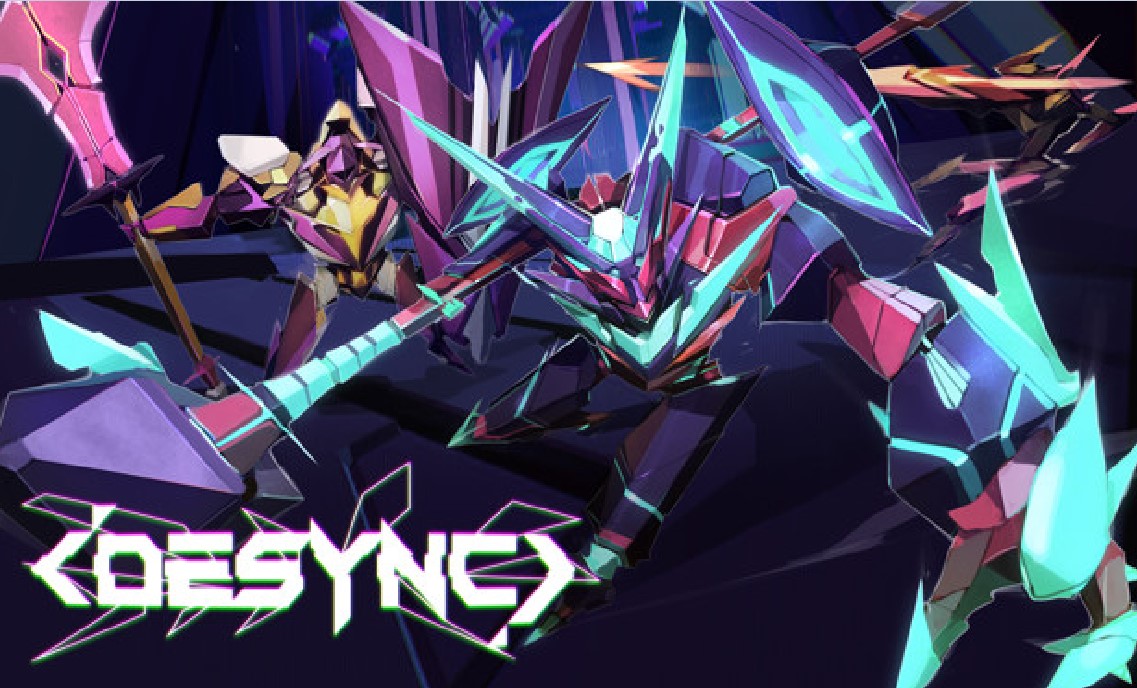 If a first-person shooter starts with a Windows Media Player visualizer-style splash screen and is accompanied by a rambling introductory text, then one might think: the authors of the game are still the originals. But you can quickly see the opposite. Behind the stylish shell of 80s cyberspace saying hello to Tron and The Lawnmower Man is an ordinary FPS trying to ride on our nostalgia for old-school shooters.

So don’t even expect a conditional plot that motivates for feats of arms, there was more of it in the first DOOM even though it was presented in a text file. And then they immediately give you a gun, and go ahead – go have fun. Shoot and run, run and shoot. Okay, you can still try to look for secrets.

At first, everything goes well: different types of in an amicable stupid enemy, encouraging an aggressive style of play. For a quick and stylish kill, you can get health and ammo. The most spectacular killings are even savored in slow-mo. Enemies can also be introduced to the natural dangers of the local virtual world: pushed into the abyss, impaled on spikes, melted in lava, or cut with a sharp axe.

And what kind of modern “old-fashioned” joker does without pumping weapons and special perks for the player, which help to greatly facilitate the process of shooting computer blanks? In addition to a quick dodge, hung on a separate button, it is allowed to heal yourself or throw a “freeze” at the adversary. So it is quite possible to feel like a death machine. As you can see, the ideas of Bulletstorm and the new Doom have not sunk into oblivion.

Following today’s trends and demands from gamers, Desync has a high difficulty. Yes, dying, as in other hardcore games, is often necessary here. To the accompaniment of a dark and stylish synthwave.

“Great shooter! This is what I need!” – exclaim an experienced shooter fan and retro lover. Unfortunately, he will soon be disappointed. For several reasons.

First of all, Desync turns out to be an unbalanced and poorly designed arena shooter. Absolutely linear (in a bad way) levels are divided into several zones in which the player is forever locked until he kills everyone who got out. Painkiller, you said? At least it had room for maneuver and exploration. There is simply no such thing here. Instead, the player will often slam their forehead against walls and fall into traps set throughout the level. He ran close to the wall spikes – hit them right in. Dodged the attack – fell through an oversight into the pit. Backed away from the enemy – ran into an invisible barrier. The most infuriating mockery of designers is digital headcrabs, which cannot be shaken off at all until they are gnawed and sent to the next respawn.

Helplessness adds too quickly ending ammunition. Collecting from enemies often does not help, so you have to use the default pistol regularly. Even if there are already more powerful weapons in the arsenal.

The feeling that the whole game is just a large set of arenas is also great underlined by local art design, or rather, its absence. Seriously, what beautiful things can be built from cubes, rectangles, triangles and squares? Specifically here – NOTHING! Not that geometric universe, unfortunately.

The upgrade options here are mostly fake. Due to the incomprehensible interface of the upgrade menu, it’s hard to figure out what weapon upgrades generally give. And of all the skills provided to the player, for the most part, only one can be the most useful. By the way, during the battle you can not pump. This has to be done at a special location, where they are sent at the end of each level.

Worst of all is complexity. It’s ridiculous to complain, but here she is downright mocking. In good hardcore, you learn from your mistakes – you gradually understand where exactly you made a miscalculation. Here, due to too strong enemies that kill in two or three hits, and the aforementioned crooked design of locations, acceptable gaming masochism develops into a desire to load a good kick from the foot into the monitor. And of course, bosses and additional levels are the worst, where Desync really gives heat. Only one spoon of honey in this barrel of tar – frequent checkpoints.

Should normal gamers take the game? Only if they want to deliberately get on their nerves. Still, the shooter brings some pleasure. Who is Desync for? Most likely – for lovers of naked game mechanics, for whom only the process is important, and aspects such as art design, plot and script for them are from the evil one. Yes, there are such game perverts. Step aside, lovers of helicopter dating sims!