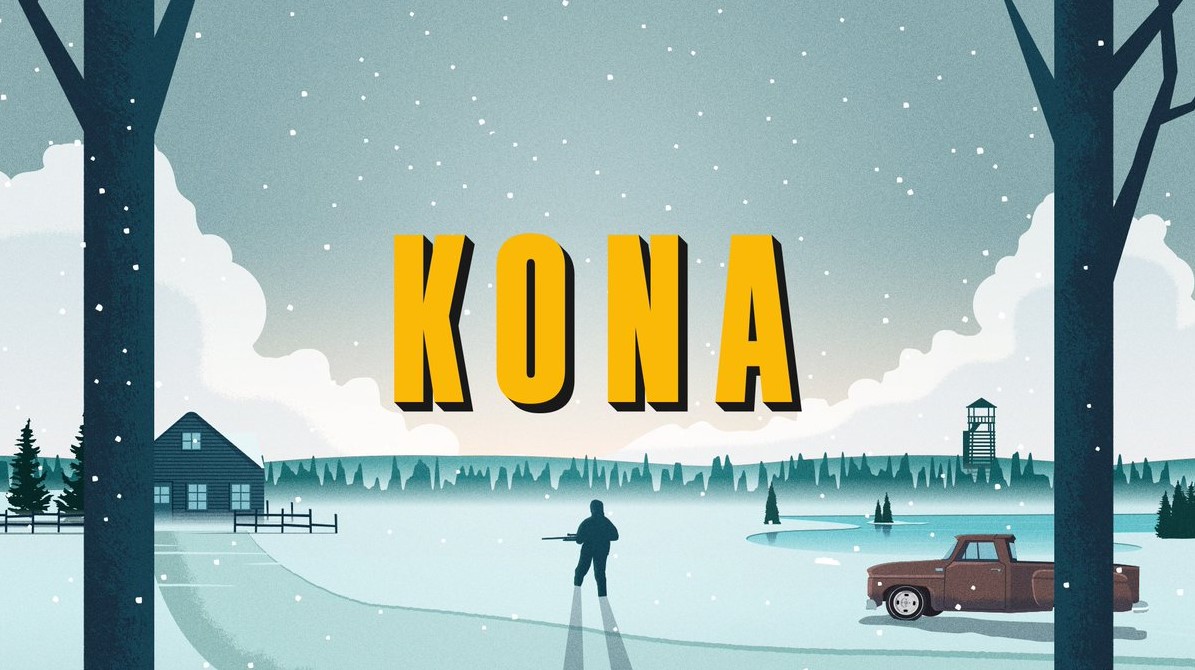 Kona: Time dictates its conditions. To make products of mass culture the way it used to be when the grass was greener, the sky was bluer, and the games came out as masterpieces every other time, no one will. It is unprofitable now to rely only on the ruble of bearded fans, the developers want to eat more satisfying and get more money. Even the so-called homages to the classics of the gaming industry take only the best elements from this very classic and screw modern gameplay mechanics to them to make it more enjoyable to play. And most often this is correct, but in the case of Kona it turns out the opposite.

Kona is a story about how a private detective goes to a meeting with a rich customer in a small town, but gets into a terrible snowstorm, crashes into a tree, wakes up, and finds the employer dead and the city deserted. And he will have to find answers to three important questions: who killed, why he killed, and where everything is in general, otherwise, it’s somehow rotten here.

The game is a vinaigrette of everything and everything: here you have the atmosphere of David Lynch with the sauce of the Coen brothers, and gameplay elements from everywhere, starting with the classic Resident Evil (limited inventory and a car trunk that replaces bottomless boxes), and ending, don’t be surprised, “Alibiosis “(the main character can see the last minutes of people’s lives, except that they cannot change their fate). Plus forest Canada as a setting and denouement, which is suspiciously reminiscent of Until Dawn. Well, and all sorts of little things.

Well, they got it and got it, so what? How is it played? It plays very well if you like walking simulators, exploration, and old quests. Or not so good if you prefer quality survival sims and thrilling action. In Kona, the player is given a small but very detailed, beautiful (sometimes even without a discount for the status of an indie game) and an open world rich in details, one of the best in recent times, in which it is necessary to collect evidence and solve a crime while escaping from the cold and wild Canadian wolves. But these elements are combined not in the best way.

It is interesting to explore the world and solve puzzles that use the classic scheme from the 90s: an item found at point A opens the way to point B, where there is another item that must be used at point C in order to get another item that will again be useful in point A, – in some places it’s not a sin to look into the passage, which is surprising for modern games. Riding a pickup truck or snowmobile in search of additional treasures (hello, Red Dead Redemption) tightens the “MOBA parties before bed” harder, and the atmosphere is such that sometimes you want to stand still and soak up every frame of this virtual fairy tale. But then health begins to be taken away and you have to look for another fire. Or wolves, God forbid, attack.

With survival, everything is somehow too dreary. As if it was soldered just to be. “After all, there are many places where there is “survivalism” now, people like it, people buy this, let us have it too,” the developers considered. But with mathematics, they turned out to be bad, because they counted incorrectly. Soup is delicious, and so is ice cream, but you don’t need to mix them. The creators of Kona at Parabole mixed the ingredients in such a way that the soup almost did not spoil, but the ice cream was much less fortunate. Actually, fights with firefights can also be attributed to the unlucky ones: for almost the entire game they are kept somewhere on the periphery, in most cases they can be completely avoided, so they do not cause absolutely any emotions, but in the end, which is almost terrible, the creators why they bring an unnecessary boss and a dozen of his minions onto the stage. And this is where all the worthlessness and poverty of the local action come up, evoking unflattering associations with the first Penumbra. But before that, it was so nice to ride through the snowy forest to the magical French tunes and admire the majestic fir trees dancing to the music of the wind.

However, for all its shortcomings, the game does not want to scold. There is no desire to sing praises either, but I want to love Kona. It doesn’t always work out, but there is something in it. As in a girl, affection for which none of your friends can explain, it seems that there are different people, and you yourself understand that it’s not quite yours, but it pulls you, although you can’t understand the reason. But isn’t that the main thing?