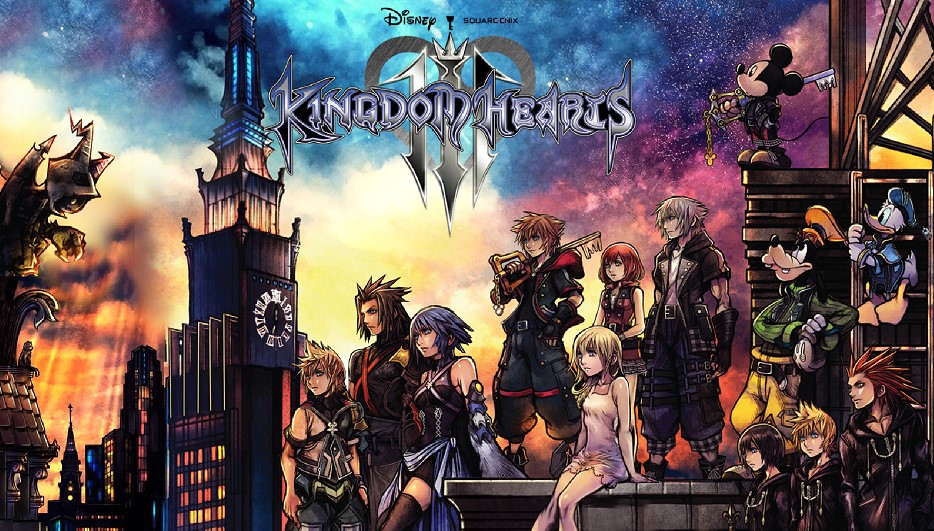 Affairs of the Heart

It was only according to Organization XIII’s plan that fans have been waiting for the continuation of Kingdom Hearts for a little more than thirteen years (conveniently ignoring the fact that other games in the series were still released in the interval, at least four of which are critical for the plot, and one generally serves as a bridge between the numbered parts ). And following the same plan, the game decided that it would be redundant to remind in plain text about the need to add potions to the inventory. After all, everyone remembers the mechanics of thirteen years ago, which, by no means, have never changed in intermediate games. And after all, there will not be a person who for the first hour will think that the use of items in battle is blocked until some time, and the next two will suspect a bug and not his personal nonsense. Haha. Ha… Keep that in mind.

Yes, Kingdom Hearts is back in all of its far from always intuitive glory. And if you try to describe the game in one sentence, then it is, of course, excellent, but it could be much better.

Let’s start with the fact that Kingdom Hearts III is an incredibly beautiful game.

Literally from the very first minutes, she manages to amaze with a location that actually consists only of an endless sky reflected in an endless mirror of water. With just this look, Nomura and his team manage to set the mood for most of the game. And it’s not the only beautiful world. The design of most of the levels is pleasing to the eye. But more importantly, they are so well built that the sense of corridor inherent in the series disappears in many respects, but there is a motivation to explore every nook and cranny in search of secrets. Disney worlds look spacious, rich in small details and, with rare exceptions, alive. Almost in each of them there is some kind of activity in the background, and it seems that this is not just a closed space, but a world in which someone lives.

And along with the graphics of the levels, the authors also tightened up the characters, often achieving the illusion of identity with the original works on which the worlds are built. Actually, this deception reaches its apogee in the Caribbean. Here, the transition from a cartoon style of graphics to a realistic one makes you wonder at certain moments: did the developers cut corners and included frames from the film, you know? But in some places this illusion is still destroyed, thanks in particular to the difference between videos on the engine and pre-renders, which is especially noticeable all the same in the Caribbean. However, these differences are still much less striking than the use of excerpts from past games in flashbacks. Seriously, the authors, you use at most ten scenes for a couple of seconds – it was impossible to remake them on the new engine?

But perhaps the most colorful update was received by the combat. Actually, already in a sort of demo Birth by Sleep –A Fragmentary Passage– the developers are pleased with spectacular fights with stunning magical effects. But in Kingdom Hearts III itself, we are simply surrounded by a riot of colors that turn battles into a sort of carnival of colorful violence. The fact of adding attractions in the form of conscription weapons of mass destruction only exacerbates the impression – and this is by no means a disadvantage.

Actually, the combat system of Kingdom Hearts III is, without any doubt, the best in the series. Based on the mechanics from the second part of the series, the game successfully intertwines the developments from Birth by Sleep and Dream Drop Distance, allowing you to maneuver around the battlefield as stylishly and efficiently as possible, simultaneously weighing out spectacular cradles to all the heartless that come to hand. In addition, we are allowed to change key swords and fast spell layouts on the go, which allows us to easily adapt to any opponent. And this is where the problem begins.

As it was said at the very beginning, a certain employee of the All-Edition notably lost his mind and the first world passed without using healing potions in battles. On a proud level of difficulty. Without dying even once – even in the battle with several bosses in a row. Which by the standards of the series, largely famous for difficult bosses, is strange. And this trend continues throughout the game. The vast majority of battles, whether regular or with bosses, are completed one, sometimes two, or three times. At the same time, it is impossible to call opponents completely monotonous or not thought out. No, most are made with imagination and obvious attention to detail. But the threat from them is usually not felt. There is always a chance to use a heal spell and a potion. With enviable constancy, the “rage” mode becomes available, similar to the anti-form from the second part. At the right moment, there is always a chance to call the attraction. Yes, even Donald most of the time does not show off and honestly treats at the right moments. And in the end, neither simple nor final bosses cause any difficulties, which can please new players, but for old ones, it has every chance of becoming a source of frustration.

After all, the complexity of the boss fights in the previous parts had its own charm. They gave a clear feeling that the player had outdone himself. Even after repeated repetitions in search of the right approach, even after a long grind (which is practically not present in the third part in an explicit form) – but when you apply significant effort to battles, the return also becomes greater. Heck, what other game will make you use a pencil and a notepad to calculate the optimal combination of cards to spam the Sonic Blade move, like Re:Chains of Memories did? In Kingdom Hearts III, the bosses, for all their variety, are much less impressive than one shout of “Submit!” from the original game.

Does this mean that she is less interesting because of this? No. The fights, while seemingly simple by the standards of the series, are still exciting. And for those who like to challenge, there are modifiers of the total difficulty, for example, an ability that disables experience gain, or a refusal to upgrade key swords.

Story-wise, Nomura finally made all the Disney guest worlds interesting. Whether it’s original scripts or retellings of films, Sora’s adventures are woven into them naturally and without rejection. And the final chapter in the history of Zeanort and his cunning plan ends on the whole with dignity, even if at the very end some events develop too hastily and somewhat chaotically, sometimes missing important details. And there is still not enough time for many characters of the past parts, but it’s better that way than dumb cameos of grimacing bobbleheads, inherited by individual heroes. And this does not detract from the main advantage: on an emotional level, the game perfectly fulfills most of the conflicts that have accumulated in the series. That to a large extent the merit of the composer Yoko Shimomura, who gave us a simply amazing soundtrack,

Kingdom Hearts III is difficult to evaluate in isolation from the previous parts. Not even so much because of the plot dependence (a new player, despite the promises of the developers, will be lost more than once or twice), but because of the emotional one. Kingdom Hearts is a series that makes you fall in love with it, despite the conventions of the game. Despite the clumsy dialogues, 70 percent consisting of the words “Heart”, “Light”, “Darkness”, “Sora”, “Donald” and “Goofy”. Despite the unnecessarily confusing global plot. Despite the extremely selective system of explaining game mechanics. Kingdom Hearts is a series that stays in the heart. A series that gave us a whole horde of characters that you can’t help empathizing with and wish for the best. And Kingdom Hearts III, despite being imperfect and too short, adequately closes the Seeker of Darkness trilogy, which has stretched over a good dozen games.