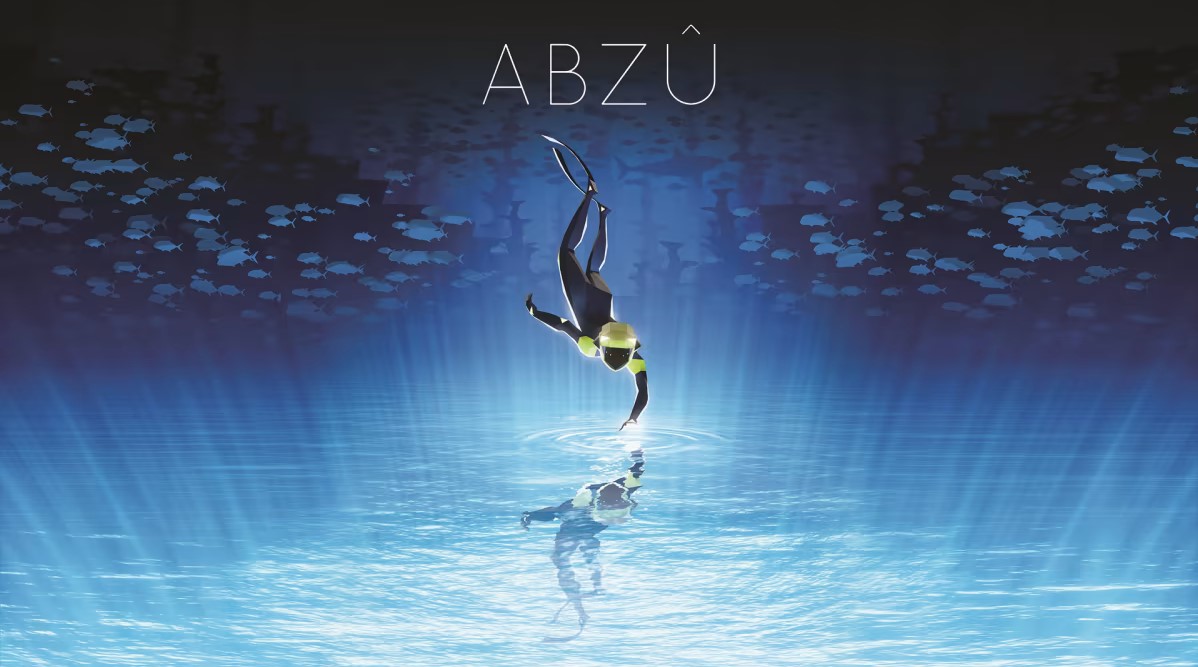 Abzu: January 23, 1960 was the first dive to the bottom of the Mariana Trench. This feat was accomplished by US Navy Lieutenant Don Walsh and explorer Jacques Picard. At the bottom, they found absolute darkness and fish flattened like a pancake. Otherwise, it was very empty and dreary.

In 2014, Matt Nava (art director of Flower and Journey) left Thatgamecompany and announced his standalone game, Abzu. On August 2, 2016, the game went to open water. Grab your gear, let’s dive in.

A small scuba diver in a helmet with ears is somewhere underwater. The sun is shining from above, fish are swimming around, beauty! We swim forward, enjoy the views, listen to beautiful music. Our hero can accelerate, interact with the environment and ride on marine life. And, in fact, everything.

Fish and other creatures are like living things – not so much in their external stylized appearance, but in their behavior. They swim in schools and enjoy their virtual life in every possible way. The surroundings are also beautiful, here you will find various algae, and long-sunken fragments of the past. At the same time, such a pacifying composition sounds in the background that you can inadvertently “go deep into yourself” too much and wake up with your face on the keyboard.

As in Journey, in Abzu the plot is virtually absent: our hero simply swims, periodically finding shells and releasing all kinds of marine life. His task is the same from time to time: to swim to a certain pipe, get through it into a special hall and use his life force to enliven the space around. The locations change along the way, like the predecessors from Flower and Journey, getting darker with each “level”, but the problem is that this does not change the essence: the player still has to repeat the same actions. They turned two or three wheels, the gate opened. They swept downstream, along the way touching the fish and dragging it along with them. We swam out to a new place, where, luckily, you need to twist something again, and then again rush with the flow. Do you want variety? Well, Abzu also has coral-covered passages, which are proposed to be cleared with the help of the bot found at the bottom, but this “entertainment” also becomes a victim of repetition. But the game is not a long one: if not for the gathering, it would take about an hour. It is especially unpleasant to see monotony in such a short work.

In addition, there is nothing else in Abzu. Nothing. There is no history: what is happening is easy to guess, but these near-Greenpeace topics do not cause any response. There are “terrible” and “sad” moments, but they don’t work: you don’t feel like empathizing with a creature about which you can’t learn anything. Someone will probably want to look for a second semantic bottom in the virtual underwater depths. However, as they say, “sometimes a banana is just a banana,” and the story about a scuba diver with ears is just an excuse to show how cleverly programmers have learned to animate fish. In essence, Giant Squid is selling us an interactive aquarium, and the Abzu credits confirm this. Some people might like this, but you know what? Better get some fish.

The usual thing: diving into the Mariana Trench, you find there only emptiness, darkness and fish crushed into a cake.

No Man’s Sky
Headlander
To Top