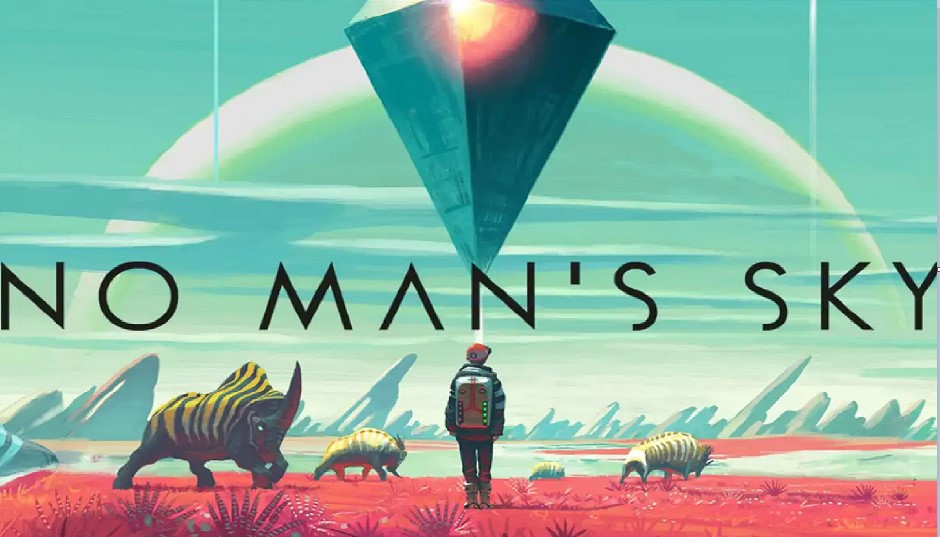 Space will not give an answer

No Man’s Sky: Future technologies allow you to fly on small space shuttles between planets, stars and entire systems, but no one thought of installing banal wipers on them to clean the windows. It’s annoying. The climate on the planets of the universe is harsh and varied, you never know what petty muck wants to decorate the hull of the ship with its insides? And there will be nothing to remove it.

The pilot took another look at the world from the cockpit of his miniature starship and grimaced. I’ll wash it later, he thought, sighing sadly and reaching into the pocket of his suit for the last pack of cigarettes. Not finding it, he remembered that all the cigarettes had been eaten up by an acid storm raging on the planet Yazadolbalsyapridumyvatnazvaniya, just discovered by the pilot. Poisonous drops pounded on the skin of the spaceship, dust flew up and rushed past. This storm might have frightened the pilot, but with all the rampage of the elements, the sky remained clear, so the pilot simply began to get nervous.

Due to the disgusting climate of the next space ball, he could not seriously engage in the search for rare resources and filled the not-too-capacious hold with cheap oxides. For such a “variety” of goods, it will most likely be ridiculed by alien merchants, but why not wait for the end of the storm and the restoration of the shield of the spacesuit? The pilot pulled two switches and, hearing the hum of heated turbines, activated the takeoff of the ship.

A pair of strange mushroom-like beasts looked at the flying machine rising into the air. The bad weather obviously did not bother them, so they soon went about their business, the essence of which eluded the pilot. Watching the living creatures of different planets, he was already tired of being surprised that in a huge galaxy no one bothers to search for food or sleep. It was just right to think that all living organisms exist on their own and wander aimlessly around the planets back and forth, as if they did not need to protect their place under the sun, survive, multiply, evolve …

A slight g-force pressed his body a little into the chair and caused a lump to roll up to his throat. The starship’s processor squealed plaintively: for unknown reasons, it constantly overheated, and the ship flew noticeably slower than promised specifications. Often even in jerks. As the counter showed, about ten jerks per minute, and this despite the fresh iron. “I should have bought a ship from narrow-eyed aliens a long time ago, their fourth model probably flies without jerks,” the pilot thought and sighed sadly again. He had no money for a new purchase and was not expected, he already spent fabulous sums to start this journey. Now he regretted that too.

Just a couple of years ago, his imagination painted the universe with bright colors, and the future filled with riddles that simply needed to be solved. Since then, he has become more experienced and has seen the world for what it is: gray and predictable. The pilot was no longer worried about the secrets of the universe, he simply collected minerals, flew from planet to planet, stopped to trade at space stations, made something, went to the next star and repeated everything from the beginning. Fifty flights were more than enough to understand how space works. Realize that only duration distinguishes the pilot’s journey from the mindless movements of all those animals that he met in the visited worlds. Realize – and fall into depression.