We tell you how to get a cat on a ship in Assassin’s Creed: Valhalla .

Cats and dogs are often found in Assassin’s Creed: Valhalla . If desired, they can be picked up, stroked and hugged. You probably know that you can have dogs in the game. But besides that, you can put a fluffy kitten on your ship. There is no practical use for it, but it will look cute and cheer up animal lovers. However, in order to get a cat on the ship, you will have to complete a side quest called Freyja’s Friend. He belongs to the category of secret, because you will not find any mention of him either on the map or in the magazine. 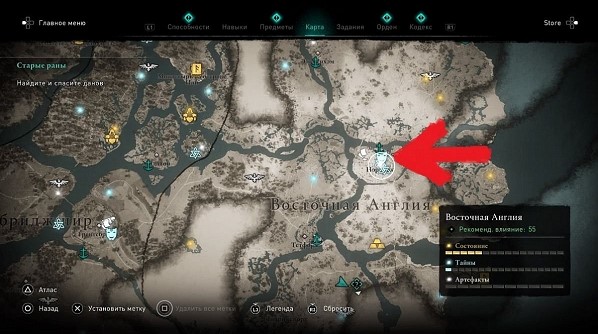 When you arrive in England, head to the town of Norwich. It is impossible to name a specific place, because the animal appears by chance. We recommend taking a walk along the main street, there is a higher chance of meeting a white cat. As soon as you see him, go up and interact with him. When the cat runs away, talk to the boy and give chase. If you missed it, it’s okay, soon you will notice it again, and you will have another attempt to catch the cat. As soon as this happens, the quest will be completed, and the animal will live on your ship forever.

The cat’s name is Nali, and he went wild after the death of the owner. It is assumed that he will hunt mice on your ship, but the gameplay does not play this moment in any way. Note that Valhalla is not the first part of the series where you can pet cats. Such an opportunity was encountered inAssassin’s Creed: Origins .