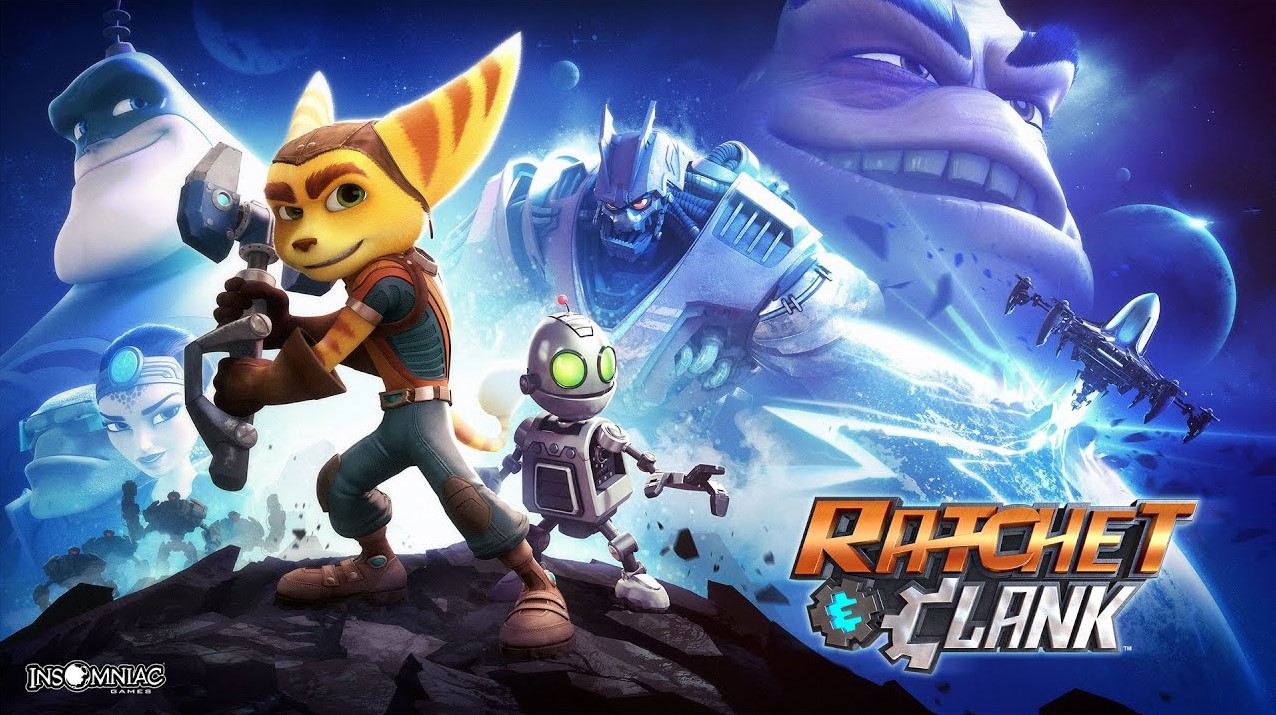 Once More, with Feeling

In this age of regular HD re-releases, sometimes you start to forget that real remakes are a completely different thing. Updating the mechanics, polishing the design, balancing the difficulty with the changes made, redrawing the graphics – few people will go to such difficulties now when you can raise the resolution, tighten up the textures, add a few filters and go sell the old game for a new one. No, now a remake needs a worthy reason. And for Insomniac Games, such an occasion was the announcement of the full-length cartoon “Ratchet & Clank: Galactic Rangers” (at our box office – from May 5), based on the rewritten history of the first part of the Ratchet & Clank franchise.

A very “timely” announcement, nothing to say: it took Sony more than a decade to realize that its mascots can easily be turned from video game characters into cartoon characters. Well, don’t take this as a complaint: after all, from the long-awaited epiphany, we received not only a good cartoon, but also an excellent game in our favorite franchise.

What’s great about it: Ratchet & Clank for PS4 is the best part of the series. First of all, she’s incredibly beautiful: since the days of PS2, gamers have compared the series to a well-staged CG cartoon, but now the comparison is closer than ever. Of course, there is a difference between excerpts from the film, which make up a fair part of the screensavers here, and exclusive game clips and is easily noticeable, but it’s not the quality of the image or graphics that is to blame, but the economical animation. During the gameplay, when small details such as the emotionality of the faces of enemies are not evident, the visual part is completely mesmerizing.

Secondly, it is best managed. The Ratchet & Clank series began as a platformer with guns, and only by the sequel, the authors began to understand that it was shooting, and not jumping, that they did best. Since then, the controls have evolved steadily, gradually becoming closer to third-person shooters. In fact, since then, the main games of the franchise have always been managed at least well, if not well. But only now, having moved to PS4 and having access to a controller with normal triggers, Insomniac Games was able to complete the evolution and make Ratchet’s control truly convenient.

Thirdly, the weaponry in the remake is a collection of most of the best ideas from the franchise’s existence. The vicious killer robot Mr. Zurkon, and the Groovitron (a disco ball that makes all enemies in the area forget about the battle and start dancing), and the Shevtsenator (a beam that turns everyone they meet into harmless sheep) have returned. There are, of course, more familiar weapons here – rocket launchers, a flamethrower, grenades, a sniper, a shotgun; but weapons that do not shine with originality take on a feeling of pure, uncomplicated power: there are few places where it is so pleasant to run forward, burning everything in its path. Well, the shotgun also turns all enemies into flat pixelated copies of themselves, which also bothers oh how long. In addition, the weapon, as it happened from the second part, is pumped here as it is used,

In general, now you have to collect as many as four types of things: bolts that go to buy weapons and ammunition (but not devices – since 2002, Ratchet’s environment has become much kinder and no longer requires money for helping to save the world), the already mentioned raritan, golden bolts , which traditionally open access to cheats such as image filters and game speed changes, as well as collectible cards.

The last ones in the series have not yet been, but it’s not to say that their existence has changed something so much: collecting most of the sets gives almost imperceptible improvements like “+5% to the amount of the drop-down raritan”, and nine special cards allow you to get RYNO, a superweapon familiar to all fans of the series. It is possible to get it only at the end, and even then it is better not to use it: the gun can kill the final boss in a matter of seconds, to say nothing of simple opponents. But this is the whole point of RYNO – a weapon that breaks the balance with its power so much that it’s even funny.

Another novelty that strongly distinguishes the new Ratchet & Clank from the background of both the original and most other parts of the series is the jetpack. Flying freely, throwing grenades at ground enemies from the sky, was previously possible only in Ratchet & Clank: Nexus from three years ago. Here, a whole planet and several smaller locations were allocated for this – including those where fights with a couple of bosses unfold.

On the other hand, far from everything has passed from the original source to the novelty. So, several locations (mostly late ones) and all the levels where Clank turned into a giant, demolishing everything in its path, disappeared. Well, at least the arcade missions on the starship and racing on hoverboards remained in place, and the puzzle levels for Clank were heavily reworked and improved.

As for the plot… Theoretically, the storytelling in the new Ratchet & Clank is on top. The problem is that you can only see it in its entirety in theaters. As is usual with games based on films, only the most necessary minimum screensavers were taken from the original source as a novelty for PS4 – you can understand the general essence of what is happening without problems, but it is much more difficult to enjoy it. But if you first watch the cartoon, and then sit down for the passage, then the Ratchet & Clank script begins to play with new colors: since the game now and then supplements the narrative of the film, limited in time, with interesting details and jokes.

As a result, the first representative of the Ratchet & Clank series on PS4 has exactly two problems: this is a remake, which lost several levels along the way, and good space fiction for all ages, a fair amount of which will not be shown to you without a movie ticket. But it’s a sin to find fault with the amount of content: the game costs a third less than full-fledged releases. As for the decision to leave the whole story as an exclusive of the cartoon, then decide for yourself: if you are going to the cinema, then this does not draw on a disadvantage. If not, then you can replace the gold medal with a silver one in your mind: the game is still a bewitchingly beautiful shooter-platformer with great gameplay, powerful weapons, charismatic characters and, what is there, a good story. Yes, even in this truncated form.