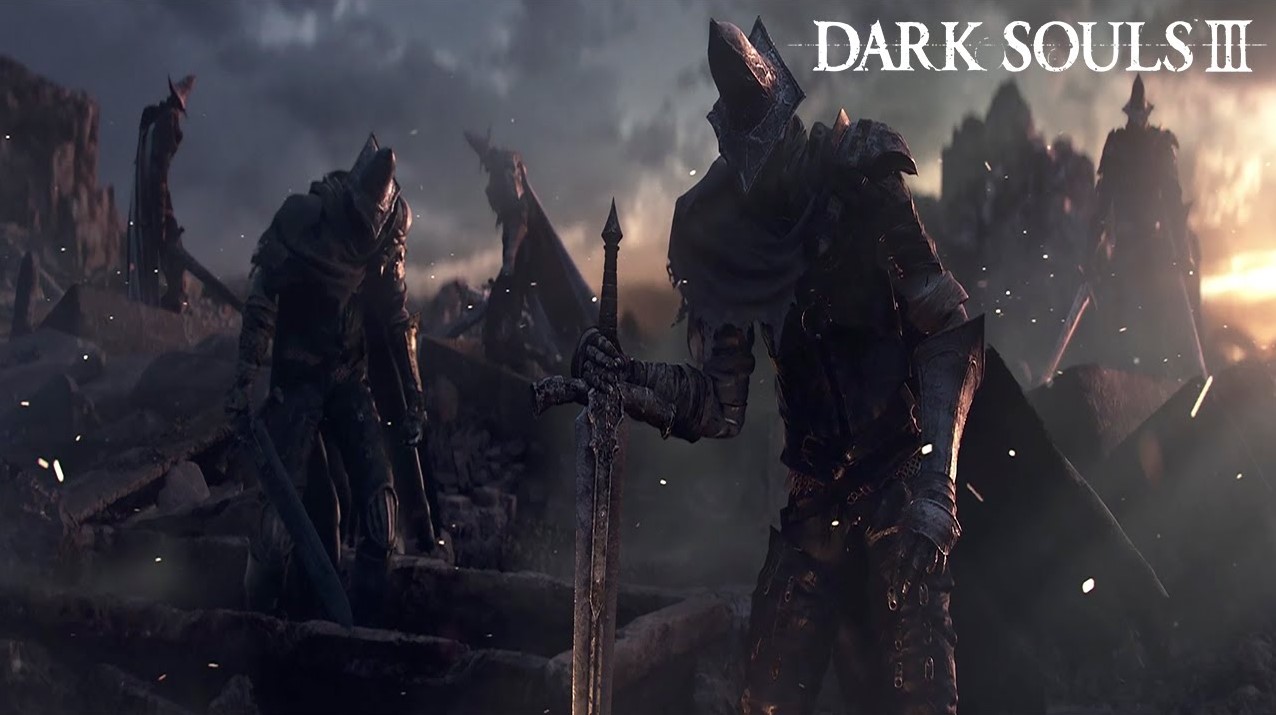 This is Dark Souls

Do not be surprised if you hear somewhere that From Software is completely insolvent and that Dark Souls III is just another attempt to cut the dough on an already solid game. After all, it really offers a familiar action in familiar scenery and with familiar actors. A minimum of new ideas, a maximum of nostalgia. In gaming journalism, it is customary to condemn this approach and demand innovation … But this is exactly what fans wanted from the third part of the series. As for the next “Zelda”, I want it to be familiar and proven over the years “Zelda”.

And yes, without a doubt, the prequel is the most that neither is Dark Souls. A game that takes the old, polishes it with a cloth, and gives it a new shine. From Software took the first part as a basis, sprinkled it with a pinch of ideas from their other projects, added a couple of minor innovations, improved graphics and design – and it turned out exactly what we needed. Dark Souls III, on the one hand, scares the beginner with intricate levels and insidious enemies, on the other hand, it meets the experienced player with a warm feeling of nostalgia, everything around seems to be new, but invariably reminds of past exploits. Moreover, the lore of the third part is also built around this – around the fact that we are far from participating in the first campaign for fire.

In general, a respectful attitude towards newcomers and a willingness to pick on veterans go hand in hand here. A simple example: a player is running down a corridor and sees that part of the floor is missing. Instead of a floor, there is a hole through which enemies and a poisonous swamp can be seen. The warrior calmly runs around the hole … and falls into the next one, which was not visible, since it was immediately behind the stairs. Wallowing with centipedes knee-deep in poisonous slurry, the unfortunate man has only himself to blame: he was warned that the floor here is full of holes. New enemies are usually given a one-on-one fight in order to assess their strength and analyze their behavior, but then they throw up five enemies at once or an improved version of the adversary with shining red eyes. The bosses, on the other hand, have developed a habit of drastically increasing when they are knocked down to half their health. The game tries to surprise and deceive the player,

Bosses, by the way, have become better than in the second part. Among the complaints about Dark Souls II, one of the most frequent was precisely the complaints that the bosses there were made with an eye on quantity, not quality. In the third part, the situation was improved, although they still did not reach the level of such colorful guys from the first as Gaping Dragon or Chaos Witch Quelaag. And the authors also took into account other criticism: they tried not to reduce the enemies to numerous knights, the opportunity to fill their pockets with medicines was removed, and the level design was made more twisted, while maintaining a more “level” structure of the sequel.

Of the innovations, it is worth noting the weapon skills that are used if you take a weapon with a two-handed grip (mainly). Different blades have different skills: a katana, for example, is capable of delivering a swift blow, a club slightly strengthens its owner, and a bow will shoot through the shield. This is a worthy argument in favor of the idea of ​​both sometimes setting aside a trusty shield, and investing souls in pumping mana, which the indicated skills consume. Mana, by the way, returned straight from Demon’s Souls, but now it can be replenished with the help of Ash Estus. It’s just that there are two flasks with estus, and the player is free to decide how much estus to leave as normal and how much ashen, thereby balancing the restorative items both for his build and for individual situations.

The only thing that spoils the impression of the game is technical flaws. The most famous glitch hangs the game tightly at the stake, and although not everyone encounters it, and the public found ways to bypass it immediately, the very fact that the bug noticed weeks before the release survived even before the release of this review is depressing. And this is not to mention the periodic fps drawdowns and whims when players try to connect with each other.

However, all of the above – just that technical shortcomings. At the heart of its Dark Souls III – perhaps the best representative of the series. Maybe she will not shock in the way that only the first acquaintance with the series can strike, but she will readily flaunt her beauty and polish. Intricate, captivating, dark and intense, Dark Souls III even though it came out just a year after From Software’s last project, it still managed to become a highly anticipated one.