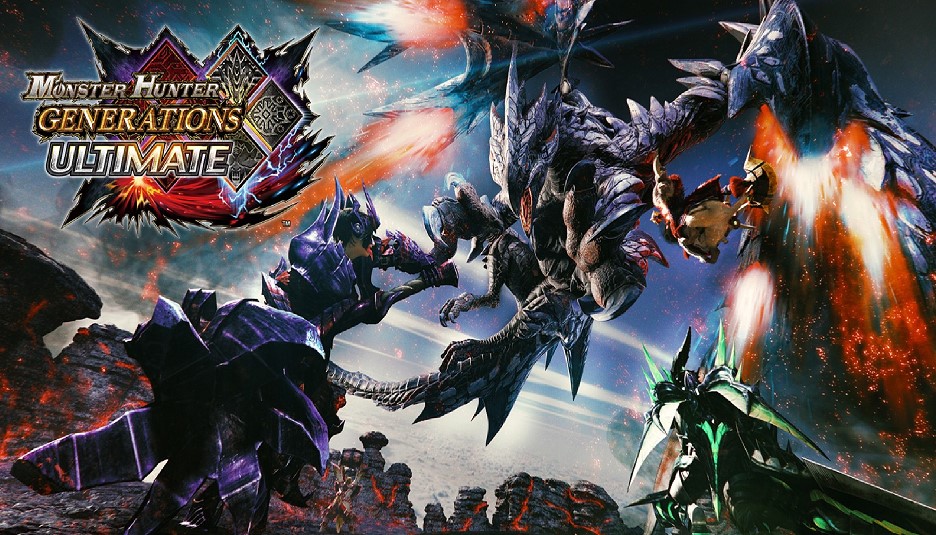 Monster Hunter Generations: Widely known and wildly popular in the Land of the Rising Sun, the Monster Hunter series of games has always followed an extensive development path: add a few monsters here, drop a couple of hunting grounds there – here’s the fresh part for you. Monster Hunter Generations does not break the tradition and is, in fact, a “collection of hits” from the world of the franchise. Fans are happy, and potential newcomers get a new optimal entry point into the series. But first, it won’t hurt them to find out what kind of beast this is – “Monster Hunter”.

A hunter (or hunter) freshly created in a tolerable editor appears at the entrance to a small village. There, for a moment, the illusion of the plot appears to the eyes of the players, but it immediately dissolves into an open field, as if it never existed. The hero – a graduate of the Academy of Monster Hunters – is given the status of his own house with a chest, a bed and a built-in cat at the head. But the player does not have time to pout from his own importance, as the first task becomes a tub of cold water: “Get us 10 herbs and 5 mushrooms for us.” Here it is, the first feature of Monster Hunter Generations (and the entire series): there is no storyline, and your task is to roam the villages and complete the tasks of local residents. A threat to the world, the collapse of empires, political intrigues? Your princess is in Vizima, hunter. Most missions fit into several specific types: collect something, kill someone, walk around a new area and not glue flippers, steal an egg from dinosaurs and heroically drag it to the place. Is that the hunt for special monsters is a separate line.

With the task received, the hero goes to a special level, where a small camp with two chests is waiting for him. One chest is loaded with useful items and a mandatory card, while the other should be loaded with horns and fangs torn out in an unequal battle with monsters.

The very areas where it brings are varied and colorful. Here and deserts with land sharks, and snowy mountains, and several types of forests – there is where to hunt, in general. And everywhere there are their own unique animals and specific types of plants grow. The only pity is that in reality each territory is not a large open space, but a cramped hostel with a bunch of rooms and closets connected by loading screens instead of doors.

When going on a mission, it is important not to forget to take a few items with you: a sharpening kit, a mini-barbecue, a pickaxe, a net. The hunter has a remarkable appetite and easily loses stamina from hunger. Therefore, all the meat cut from the carcasses of monsters is immediately fried on a mini-grill (the main thing is to make sure that it does not burn). A pickaxe is needed to mine ore, a net is needed to collect fish bait, and without a sharpening kit, weapons instantly become dull – the “good” tradition of games with an emphasis on survival.

Having received the task of killing a particularly intricate monster, you should not rush headlong into a fight. Be sure to grab special paintballs that allow you to mark the monster and follow it on the map, otherwise the beast, which was poured on the first day, begins to run away throughout the territory and try to heal its wounds. Plus, the giants are distinguished not only by their appearance, but also by their habits: one, for example, jumps on its own tail, so quickly that you just have time to roll, and a monkey lives at the winter level, which not only yells heart-rendingly but also throws snow blocks and burrows into the snow. Nice, varied monsters that are really fun to hunt.

Master of sword and bullet and cat

Fortunately, there are many means of killing monsters. Here are ordinary swords, and huge two-handed ones, and spears, and several types of long-range weapons. Moreover, at the beginning of the game, basic models of all types are immediately dumped on you, allowing you to experiment a lot, pick up a tool to your liking, and then change it as needed.

Likewise, fighting styles can be changed as needed. There are four of them in total, and in the eyes of a neophyte, they do not differ much, but a careful study reveals their characteristics, strikes and special techniques. “Guild” style copies the previous parts, “counterstrike” offers to stay in blocks and wait for the decisive moment for a lightning-fast counterattack, and “average” sits on all chairs at once. The air combat style, which turns the hero into a real acrobat, stands apart: it allows you to push off from the monster, soar high into the air and start throwing arrows at the monsters. Well, or jump on the monster’s back and chop it with a sword.

But the combat system is not limited to the main weapon and styles of its use. Additional devices and elixirs are called upon to help in the hunt: an abundance of traps, all kinds of bombs, various types of arrows and ammunition, all kinds of medicines and amplifiers. There are a huge number of useful things, and most of them have to be collected with your own hands from materials obtained during tasks.

Well, so that you don’t feel lonely even during a single game, you can hunt accompanied by your personal two-legged cat. Depending on the wishes of the player, the furry partner can rush headlong into the thick of the battle, and keep a distance, helping his master with medicines. Plus, he finds various useful items, dances funny when you win a mission, grows in levels and acquires additional skills. It can and should be dressed, and you should also buy him new weapons. And if there is absolutely nothing to do, you can even play as the cat himself, leaving the hero to wallow in the nearest ditch.

As for the main feature of the series, so beloved by the Japanese, the ability to complete missions with four is pleasant, but not at all critical. In fact, this is a regular medium-difficulty raid, available in any MMO of recent years. However, unlike MMOs, where they have been writing detailed storylines for a long time, there is nothing of the kind here. You simply complete the same missions as solo, only with other players.

Imagine The Witcher 3, from which everything was cut out except for hunting monsters. The ability to play for Ciri was replaced by a cat. Instead of tricks with numerous young ladies, they allowed to stroke the sheep and pull out a tuft of wool from it. Political intrigues and multi-tiered tasks have given way to messenger quests straight from some Ragnarok Online. Thank you though, nice graphics and addictive gameplay, the authors spared. And this is more than enough for many: yes, give someone intrigues and complex stories, but for other gamers, a good simulation of the work of exterminating monsters is enough. If you are one of those, don’t miss it.

…Unless you make sure your 3DS has a second stick, otherwise the addictive gameplay will quickly turn into a road roller skating competition.