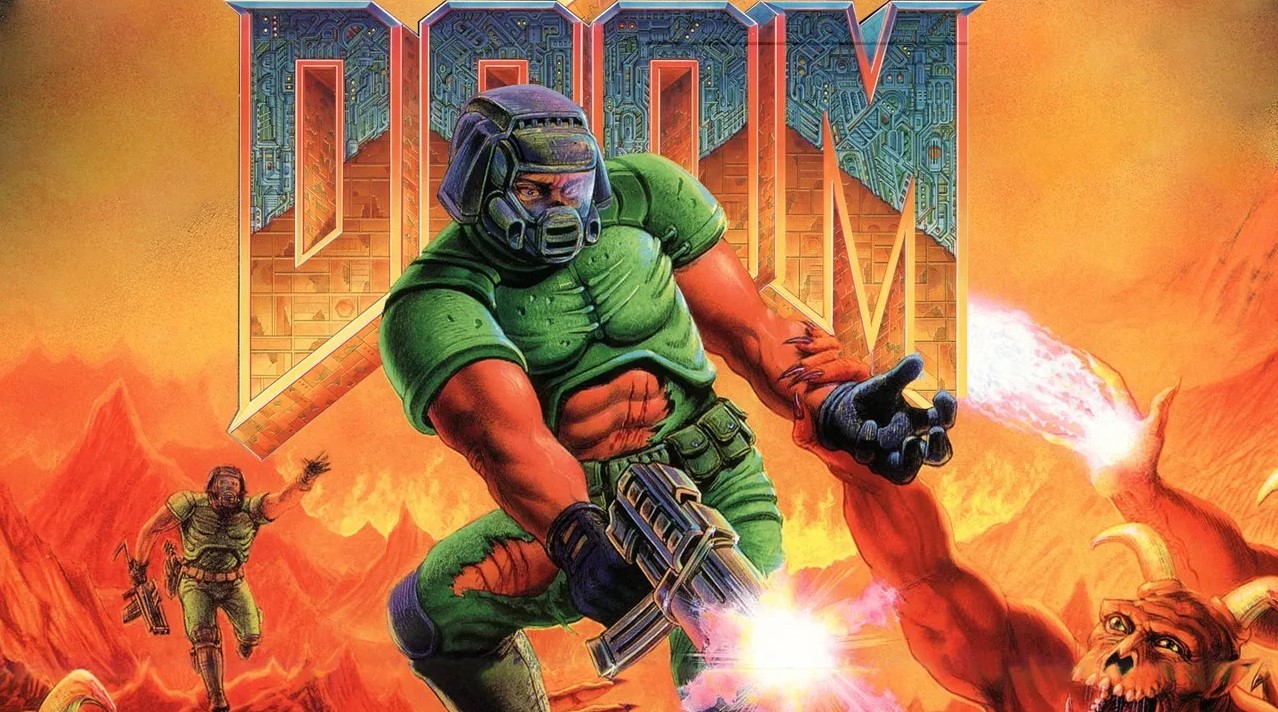 DOOM: It is he. The one we’ve been waiting for so long. Brutal, cynical, evil, ready to kill a lot. Silent, sometimes boorish, not burdened with any special motivation, except for anger and resentment. But put yourself in his place – how would you react if you woke up chained to a sacrificial altar surrounded by several zombies? Here, even a more patient person would want to personally knock out a couple of answers from those around him, not particularly caring about articulateness. And that not all players will immediately share Doomguy’s indifferent attitude to the simple and straightforward, but still interesting plot of DOOM, well, they will be allowed to go deep into it, delving into the logs and reading all sorts of diaries.

It is unlikely that the authors will ever admit who exactly inspired them to create the Glory Kill system (after all, before Brutal Doom, this was in a bunch of other games, take the same Serious Sam: BFE), but in fact it does not matter at all. The only important thing is that the need to kill a lot and quickly to restore health and ammo is sometimes almost the most successful motivation for action on the battlefield. Moreover, in some places, not least thanks to pumping and testing, what is happening begins to look like a kind of more cruel Bulletstorm. Without a whip and an endless slide, but with a double jump and the good old ability to pit opponents against each other.

Do not expect comparisons of the mechanics of the new DOOM with the old – it does not make sense. It has its own atmosphere: instead of storey ran, vertical gameplay, instead of waltzing between monsters and columns honed to seconds, mischievous jumps on multi-level platform arenas with shooting from different barrels and in different modes, alternating with finishing moves in close combat. And judging by the design of the latter, one of the animators poured into the game their childhood fantasies about how he cracks down on all the offenders who take money for breakfast. Made with soul, oh with soul.

It’s worth comparing the most wonderful modern meat shooter, oddly enough, with the crappiest (for nothing similar in-game mechanics) – Rise of the Triad. Yes, it was a terrible game, but like DOOM, it copied classic level design to the best of its ability. It’s just that Rise of the Triad, being a remake, did it head-on, and DOOM only partially draws cards, freely reproducing the most memorable arenas and slightly abusing our sense of nostalgia.

But much more important here is something else, namely the laid out objects. This is how a direct hit to the heart is achieved. The designers managed to do what others completely broke down on – to scatter armor, first-aid kits, jump pads, and most importantly, power-ups throughout the game so naturally and concisely that no one has questions about logic and common sense. And if they do, it’s definitely less than against modern “realistic” shooters, who are afraid of scattering healers and cartridges like fire, but at the same time pretend that a laptop with intelligence lying around in the forest is a normal phenomenon.

The DOOM single is so cool that after passing, you urgently want additional supplements – a rare feeling for gamers who have left behind their childhood, impressionability and tons of free time. Alas, it is not worth waiting for help from Snap Map in this. The authors promise to expand the functionality until full-fledged single-player maps for every taste begin to turn out on its basis, but now this toy editor with multiplayer roots will not replace serious modding.

Network battles, by the way, will also not be able to satisfy hunger after a single. The final version confirms all the sad conjectures and impressions received from the passage of the leaked alpha version. Even worse: after a couple of hours online, I want to urgently put back Black Ops III – it’s so sad and slowly running around in the company of sweaty hefty men in armored suits. However, as in the case of the map editor, id Software employees promised to reanimate the multiplayer. True, it needs to be completely redone, which they are unlikely to do, but what the hell is not joking – we’ll see.

There is a widespread and quite fair opinion that after 12 years we have finally been given the perfect DooM 3. It is simply impossible to imagine a better modern version of an old-fashioned and primitive meat action movie. Well done, id Software, you managed to shoot two birds with one stone without offending anyone. It remains only to silently rejoice and arrange repeated races until you are blue in the face – until you find all the well-hidden secrets (albeit not at the level of Painkiller).