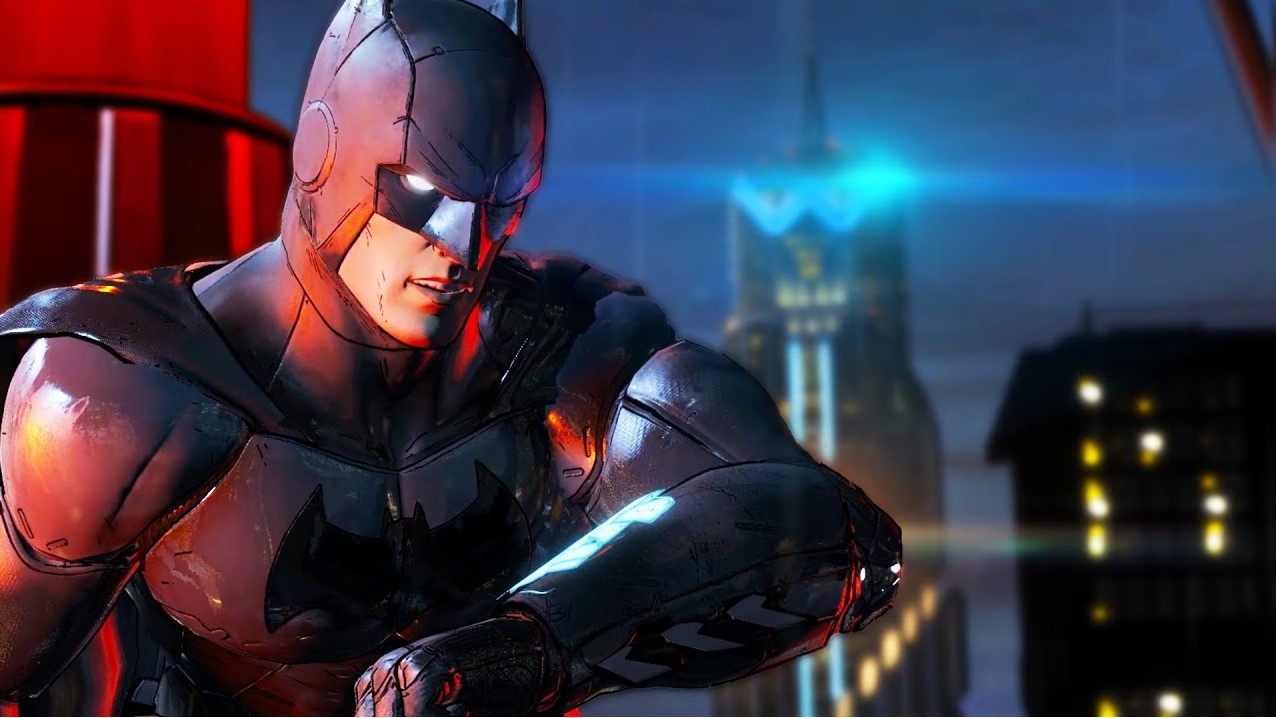 A Batman game from Telltale Games? The public, wise by experience, reacted to the announcement without any special emotions, because this office has long been associated with roulette, where you can get a huge win, but more often, instead of the desired red, zeros fall out. And the public was right.

The very first scene of Realm of Shadows throws out such an amount of all-consuming idiocy in the face that The Benny Hill Show nervously smokes on the sidelines. Well, it doesn’t work out to perceive the robbery differently, consisting of a series of ridiculous scenes with the participation of autistic bandits, who are poorly aware of the surrounding reality. On the other hand, the buttons in the QTE segments began to look better – another achievement, but this is perhaps the only sincere compliment that a player’s first meeting with Batman deserves. And then, after all, the fact that the whole opening action even amuses with its anecdotal is so-so praise, because comedy was clearly not intended here.

Good news: the developers have finally changed the engine. The graphics have indeed become better, but still do not reach the desired level. In the medium and distant plans, everything looks fine, but sometimes something slips in the near ones, from which one is drawn to rub one’s eyes. And if you want to praise the artists with restraint, then the animator needs to pull out his hands and kick him out of the profession: Bruce Wayne moves as if his spine had been broken in several places. You can’t look at the attempts of facial animation without tears, it is thanks to her that Wayne constantly looks like he is about to cry.

The characters are generally unique. One Wayne looks more or less familiar, while the designs of the rest are pretty redrawn. Harvey Dent, for example, now looks like a closet, next to him the protagonist is simply lost. But the fact that the artists have tried and created a slightly different appearance for long-familiar characters is purely for the benefit of the game.

Most of the first episode is dedicated to Wayne: he leads a secular lifestyle, tries to help Dent become mayor and constantly whines. The death of the parents is mentioned more than once or even twice, as a result, at the end of the passage, you want to howl with restraint from the abundance of obsessive tear-squeezing moments.

But if Wayne gets the worst of this chapter, then Batman gets the best. There are well-staged fights (it seems that completely different people did the animation of battles and peaceful life), and investigations at the crime scene, and attack planning.

Mechanically, the investigations consist in the proposal to connect the found evidence with each other and visualize the picture of the event. In the same way, Batman plans his attacks, only in this case it is not the evidence that has to be connected, but the bandits with those items with which they will be calmed down in the future. These ideas do not carry anything super-original, and even a five-year-old child can cope with them, but they work as an element of entertainment and still raise interest in passing.

The famous “X will remember this” has not gone away either, only now a new variation of the phrase has been added to them: “X noticed this.” Most likely, this fuss will again have almost no effect on anything, but the tradition has been observed.

As a result, we have a strangely assembled homunculus: for all its interesting inclusions, it is so crooked and braided that it looks like it will fall apart. On the one hand, there are good dialogues and cute QTE brawls (by the way, pressing the keys practically does not affect anything, in most cases Batman hits the enemy in any case). On the other hand, the eternally whining Wayne, sometimes clumsy graphics and poor animation, inferior even to past Telltale works.

Unless the ending leaves intriguing hints that can unfold into a fascinating story. Who knows, you might not have to send Batman: The Telltale Series to Michonne’s common grave. But for now, it’s not out of the question.