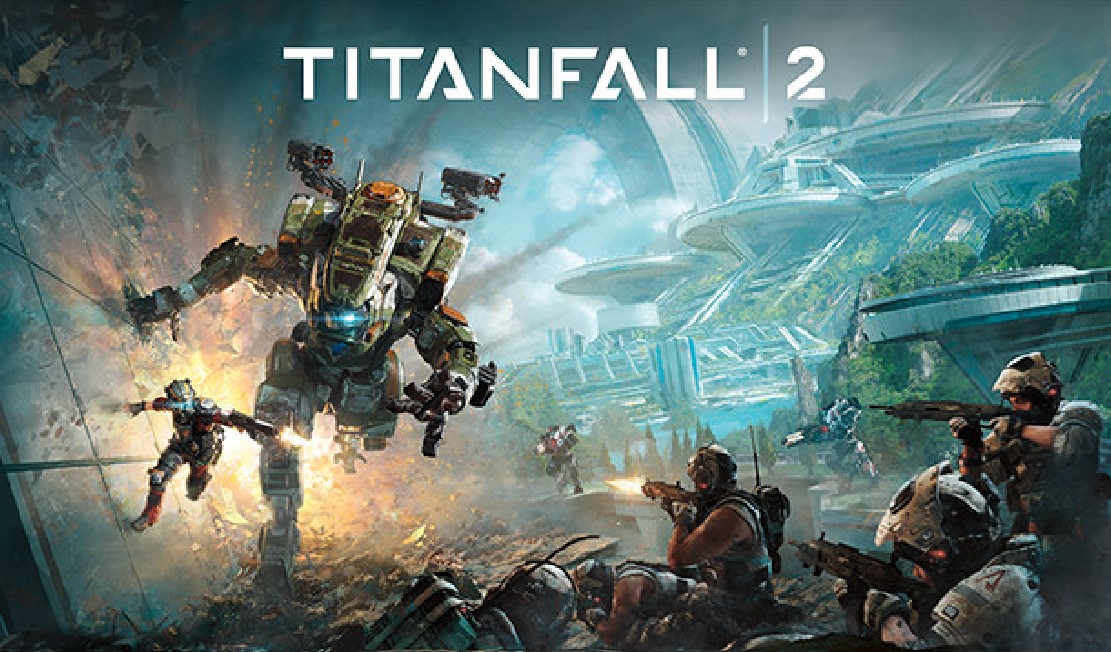 It seems that Respawn Entertainment itself was ashamed of what it called the campaign in the first part of Titanfall. Either under pressure from the publisher, or because of their own carelessness, the developers rolled out to the audience a single with an Unreal Tournament-level plot involvement, for which they deservedly snatched off the head from disgruntled buyers.

Nobody stepped on the same rake twice – instead, the authors decided to jump over their heads and recoup the last time. The plot of friendship without five minutes of a pilot and a titan on an unnamed battlefield looks more than convincing. The chemistry between Cooper and B.T. is amazing: there’s plenty of humor here, the theme of trust is well developed, and there is even a place for sentimentality, so you can easily fall in love with this couple and enjoy spending time in their company.

Spacious locations in some places resemble Bulletstorm – but only in design. There are enough references to the first part: there is even a level that, willy-nilly, makes fun of its predecessor and forces you to try multiplayer with bots, going through an enemy training simulation. At the same time, the gameplay is extremely simple and fun: the authors did not try to be smart and made a classic linear action adventure with obligatory bosses. And so that the uniformity of what is happening is not striking, the action was diluted with arcade elements: they borrowed light puzzles from Portal, parkour runs from Mirror’s Edge … there are even time jumps here.

But for all its quality, outwardly Titanfall 2 looks more faded against the background of the same Infinite Warfare – mainly due to the lack of the latest lighting and shadow effects. However, the game still looks good, and minor visual flaws, combined with a straightforward and not overloaded with meaning (but not emotions) story, rather than strain, but cause a slight nostalgia for the old games of the second echelon.

Team play in online modes feels like never before. Stealing batteries from enemy Titans and dragging them to your allies is a fun activity in itself: it strengthens the spirit of the military brotherhood and increases the chances of winning the match. But this feeling would give only half the effect without the encouraging acceleration of the construction of his own titan. Yes, even the slightest help to one’s own in battle is rewarded, not to mention the help of an entire combat vehicle.

As before, in a fight between a pilot and a titan, the chances of winning are about equal, and one can never be completely sure who will outwit whom. And it’s also nice that although more than a month has passed since the release, and sales have not turned the world upside down, but there are enough people who want to play even in broad daylight. It looks like the game has every chance to live up to the flurry of promised additions.

But if you are the most ordinary (perhaps not even very sophisticated) player, then you should still start with a single player campaign. Here, as in most good multiplayer shooters, it simultaneously plays the role of competent training: it allows you to try out all types of firearms and conditionally drive all classes of titans, and in addition periodically simulates situations from multiplayer battles. Of course, you won’t start defeating everyone and everything after that, but at least you will get an understanding of where to run and how to move.

Without the slightest shame, we can say that Titanfall 2 took the series to new heights. Dynamics has increased, variability too. It is especially nice to see a tightened single player. One rule that has long been established for most shooters is in the air: it is customary to meet them according to the plot, and see them off according to multiplayer. Well, this time the authors will not have to be ashamed of the single: they have created an interactive analogue of an excellent adventure buddy movie, which at the same time gave rise to a candidate for the title of “Second Best Robot of 2016”. Yes, BT-7274 is unlikely to defeat Ethan, but who told you that being second is always bad?

PS It will be sincerely a pity if the release of Titanfall 2 at the same time as major competitors in the hottest and most loaded season simply drowns the game. Either there is not enough content, then the release in the thick of it is some kind of sheer bad luck.