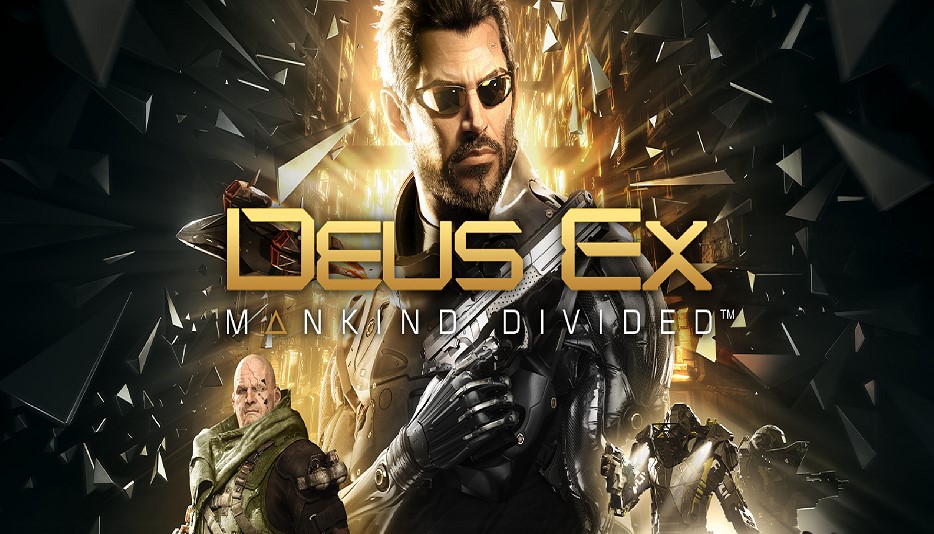 Deus Ex: Two years have passed since the Incident, when, due to terrorist sabotage, augmented people went crazy and began to inflict violence and injure everyone who came to hand. The crisis has passed, but the tension remains, and now the “Augs” are singled out as a separate group of citizens, from which ordinary people try to stay away. That is, here you have separate subway cars and separate footpaths; except that there are no separate toilets yet, but they are gradually being put into operation. In general, everything is like in the days of segregation in the USA – with “augs” in the position of blacks. The hero of Deus Ex: Human Revolution, Adam Jensen, is the only Interpol employee with augmentations and, as a full-fledged Augo-American, must work one for all until sunset.

The oppression of “augs” is not limited to individual queues. Adam, despite his authority, is forced to constantly go through document control, especially if he entered a car that was not intended for his kind. Here the pitfalls of the project become especially noticeable: the developers artificially delay the game. Either long loading levels between ridiculously sized locations will suit, then they will force you to run along the same streets, then they will force you to ride back and forth in elevators. As soon as we reached one side of the map, they give out a quest to run back through tedious loading – for the sake of a single dialogue! And then back again. Of the 35-40 hours of passing really useful things, half is given at most, and even then it all depends on how you will play the game: doing side tasks or not, passing missions stealthily or with shooting and corpses. It would seem: go through all this with scissors and get a game of medium length for the genre, but much more dynamic. But no, someone was impatient to fulfill the standard for a meaningless sprint.

But during these runs there is something to see. Prague (thrice in different views), City of Golems, a destroyed metro station, a CPA hideout, a base in the Alps and a skyscraper in London are the places that are most saturated in terms of level design. Dozens of apartments and shops, data files, caches, vendors and dubious personalities keeping their hard-hitting secrets – all this can be found, you just have to get off the main path and look around. There are open spaces to explore the world both in Prague and in the main missions. There is no right and only right way in Mankind Divided – it all depends on the player’s imagination and the choice of augmentations, as well as on the desire to look for numerous secrets.

But exploring the world of the new Deus Ex is only the second most exciting activity after completing non-linear side quests. Here you are looking for maniacs, and helping the poor and destitute “augs”, and revealing the secrets of underground sects, and searching for drug laboratories. Tasks can lead to the most unexpected outcome, and if such surprises do not attract, then the right set of improvements will help solve some dilemmas in the most favorable way.

The main plot, alas, is marking time somewhere behind, only occasionally timidly calling out to the player with a request to pay attention to him. This, of course, has to be done, but often with great displeasure. The central narrative of Mankind Divided consists of old clichés, excessive pathos, and comes to nothing. “Continuation in the next series!” – reports the ending cut from the results of adventures, and then goes to the credits, where it shows a small prologue to this continuation. At the same time, some of the material that is important for the perception of the overall picture, the developers generally cut out of the game and turned it into the “DLC of the first day”. But it would be okay like this: the episode is not built into the main game even after the acquisition, leaving it hanging as a separate item in the menu.

There, in the menu, the Breach mode is also hidden – additional episodes about a hacker stealing data from the servers of “big and evil corporations that oppress our freedom and blah blah blah.” The digital avatar of a hacker runs around monochrome locations, collecting data and turning off firewalls with weapons and augmentations – imitates the adventures of Adam Jensen in one of the story missions, in short. The difference is that Adam’s “virtual” mission was large, story-driven, varied and intense, while Breach missions were short, of the same type, and sometimes the whole difficulty of the passage lies in the fact that, due to the black and white color palette, it is not clear where to go.

However, what hits the fan’s heart the most is not cutting or cutting the game into fragments, but the fact that none of the decisions made in Human Revolution is reflected in the new part. Yes, we were warned about this from the very beginning, but it’s still sad to realize that the characters whose fates we decided last time were not allowed into the new game for fear of creating contradictions. All the efforts, tricks, beauty of the passage (you know which episode it is about) – all this went down the drain.

Decreased mood to play? No wonder. Deus Ex: Mankind Divided is torn into fragments, built-in modes, add-ons, services and applications, as if it was not even a game, but a piece of meat inherited by a mad dog from hunger. Each element individually is very good, because it takes all the best from its predecessor and adds a little more variety to the gameplay. But the picture as a whole and the aftertaste are not so rosy. Do not be surprised if after the ending there is a feeling that if you were not deceived, then certainly something was not given. Just one boss in Mankind Divided against a motley team of mercenaries from Human Revolution clearly hints that the game has stopped where the authors did not plan to stop it. Somewhere behind the credits there should have been something else – the details of the lines begun in the plot, the disclosure of the conspiracy,

Mankind Divided does enough to make it fun, but it doesn’t earn the admiration that Human Revolution or the original Deus Ex deserved. It, in fact, puts you in front of a moral choice: be satisfied, forgive the game for all the shortcomings and believe in a brighter future, or bring down righteous anger on the novelty. And you can’t peep the right solution to this quest in the solution.