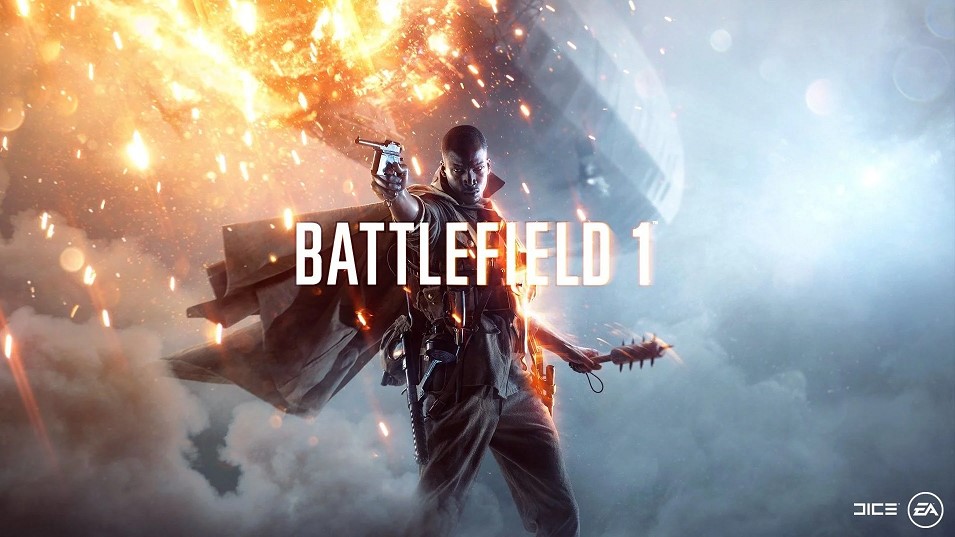 Battlefield 1: The beginning of the 20th century is a period of upheavals, the redivision of the world and the complete loss of human appearance by states and their rulers. This is a part of human history that people bashfully try to forget. All that the uninitiated should know about the conflicts of 1912-1925 is that due to the failure of emperors and kings, presidents and ministers who did not want or simply failed to agree among themselves, more than twenty million people died in agony. But the memory of people is selective, we do not remember the bad, the brain simply erases this information so as not to injure the psyche. Perhaps this is one of the reasons why so few films and so few games are made about the First World War.

But the Battlefield series has once again proven itself as an innovator and a very brave brand, ready to take players to new and uncharted places. Where in reality they, fortunately, are not destined to visit.

So, Battlefield 1 is a game that takes us through the numerous frontiers of the First World War, where each of the dozens of countries found a universal way of dialogue with their neighbors – beat the reptile to death with a sapper shovel. France, the German Empire, Great Britain, the Ottoman Empire, the Russian Empire (in the future, calling itself DLC), the Austro-Hungarian Empire, Italy – all of them, taking advantage of the opportunity and good, but meaningless reason, bit into each other’s throats. The military industry received an incentive, technological progress a powerful catalyst, and now the army was armed with fire, gas and terrible weapons that not only killed people, but maimed them, tearing flesh and bones, leaving their victims to die for hours in dirty trenches. Most of these weapons were later recognized as inhumane and banned,

That’s where we’re headed. Studio DICE invited several experts on this historical period and tried to transfer everything exactly, and at the same time work on the weakest part of their games – the story campaign. Here the experts did not help much, since the approach of the authors was, to put it mildly, too controversial. In an effort to show dozens of scenery and teach the player how to handle a tank, aircraft and horse, the authors completely forgot that the story campaign implies an exciting, pardon the tautology, plot. Having cut the First World War into a bunch of small episodes, they could not reveal a single story and a single character. Campaigns end before you can remember the hero’s name. All seven campaigns are not connected by locations or characters, but run in a total of five hours, mixing into a mess. Tasks come down to “Capture the flag n times”, “Clear outpost n times”, “Shoot down n tanks or n fighters”. Campaign “Messenger” is completely similar to a joke – the player is literally forced to run around the field several times back and forth, simultaneously capturing the enemy fortress.

And exactly three things remain pleasant in a single player campaign: beauty, speed, non-linearity. With the first point, everything is clear, the Frostbite engine in the hands of the authors creates incredible miracles: large open spaces, incredible naturalism of graphics, destructibility and even dirt that sticks to equipment and makes it slip in ditches. The second is due to the fact that all this beauty is perfectly optimized and flies like a carrier pigeon to the front line: clearly, quickly and exactly at the address. With non-linearity, everything is not as you might think, just the authors, due to the large spaces, gave the players a little more freedom of will: in some missions, you can choose where to go first and what to leave for later; others allow you to go through episodes in stealth, killing enemies quietly and without raising an alarm, which is especially good,

But still, this is clearly not something for which it is worth getting acquainted with Battlefield 1. You will practically not see the horrors of the most terrible war here, and you simply will not have time to get to know the characters. Too little, too fast, and too little.

So let’s leave the sad, move on to the fun. The multiplayer here is conventionally divided into classic, which every student knows about, and historical: one half is a completely new mode, and the other half is a reworked “Storm” from previous games in the series. Unlike the old Sturm, the real battles are at the center of the historical mode with large story briefings and moderately reliable places. One team will have to recapture points and move the front line farther and farther, forcing rivals off the map, the second team, accordingly, needs to fight back with all available means. But if you can’t fight back, well, all is not lost yet – the front will move to the next map, where everything will start all over again until the “plot” is completed. At the end, historical events will either be recreated or slightly rewritten, taking into account your victories or defeats. Usually there are only two consecutive cards, but for fans of very protracted battles there is one historical period for three locations at once. However, it’s probably not worth going there first of all, because the battles here are very protracted and go on until the manpower reserves run out.

In the usual multiplayer, the Assault, Team Deathmatch, Capture and Supremacy modes have been preserved. Sixty-four people knead the dirt on the battlefields, drive small and large tanks, fly fighter jets, ride horses, ride armed boats (where the terrain allows) and loudly swear at old equipment and arsenal, which, of course, are deadly, yes only they always work differently than their modern counterparts. In order to somehow take a break from their own indignation, the players go to test a new variation of “Capture” and “Superiority”, called “War Pigeons”. Instead of a flag there, you have to capture and hold a dovecote, and then save a carrier pigeon.

It would seem that nonsense and generally does not correspond to the spirit of the era that the authors tried to show. Yes, only after an empty campaign it becomes clear that Battlefield is still an entertainment game, and not a tearful movie about human destinies and suffering. You can expect anything from him, but not like that. Battlefield 1 is beauty, it’s technical excellence, it’s hundreds of hours online, and it doesn’t need to be a movie drama to delight players. In its niche, it simply has no competitors.