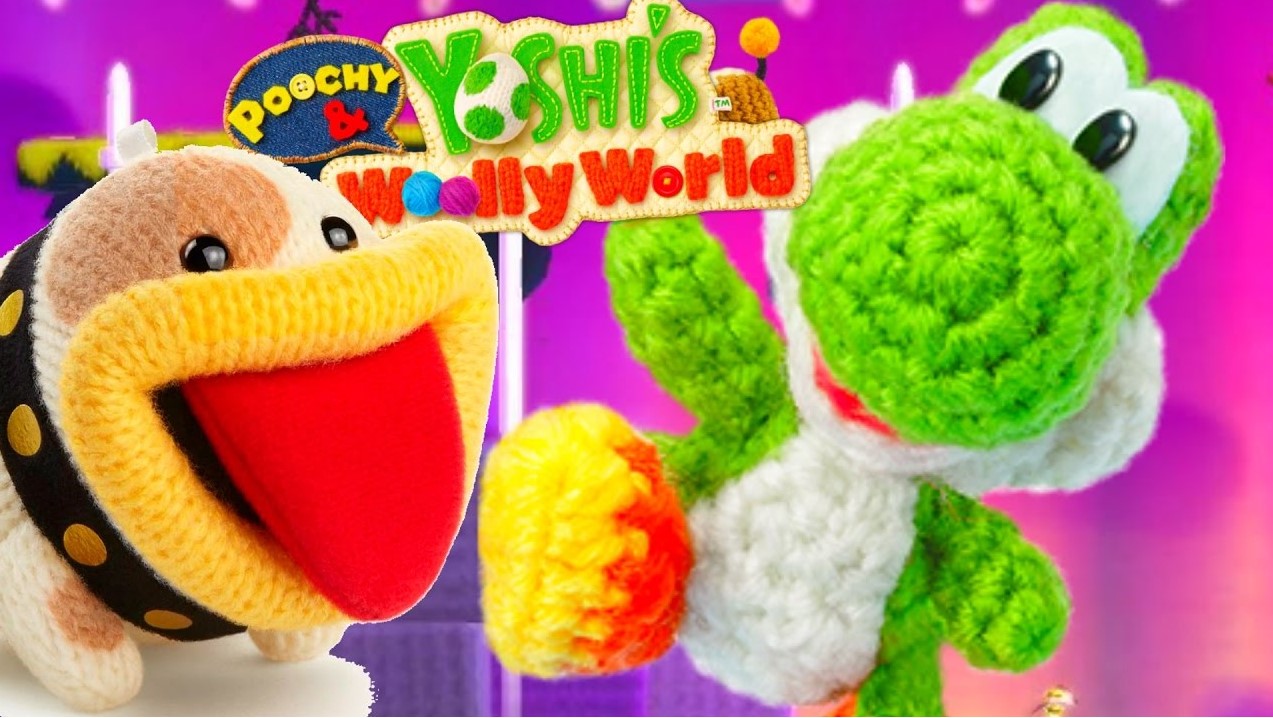 Poochy & Yoshi’s: mHave you ever wondered what it’s like to be the servants of the Great and Terrible Bowser? The “shy guy” (Shy Guy) sits to himself, does not touch anyone, suddenly a dinosaur falls out of the bushes, grabs it with his long sticky tongue and swallows it instantly. The guy will be very lucky if they immediately spit him out at the nearest comrade, but they can digest him – and still shoot him at an ally, only in the form of an egg. A terribly tragic picture emerges, even though this dinosaur named Yoshi is very cute.

In 2015, streams of cute animated violence in games about Yoshi diluted Yoshi’s Woolly World with Wii U, where both the main characters and the whole world were thread. Spinning enemies into balls in order to throw them away was no less fun, and most importantly, this decision gave much less reason for tricky questions about Yoshi’s digestion. And recently the game was ported to the 3DS, where it was called Poochy & Yoshi’s Woolly World.

The beginning of the game is very “non-standard”: an assistant of Bowser Jr. arrives in the village of Yoshi and kidnaps Princess Peach with the help of magic, disassembles Yoshi’s comrades into skeins of wool and, having stuffed a full bag, is carried away. Yoshi cannot forgive such a genocide of the knitted population without five minutes and, bursting with rage, rushes in pursuit. Now our woolly avenger has to overcome 6 different worlds with 8 levels each in order to get to the culprit of all troubles and show him that this was not worth doing.

All the attractiveness of the game lies in the stages: there are many of them, they are diverse, none of them are similar to the other. Everyone needs their own approach. There are just platform levels, and labyrinths in which you need to run around a small area, solving simple puzzles, and high-speed episodes, when, for example, the entire Yoshi level rides on curtains, jumping from one to another and trying not to fall. In each world, on one of the levels, there is a special room with a mini-game, where Yoshi magically turns into a giant, then into a motorcycle or a hang glider, then he must reach the end in the allotted time.

Yoshi’s arsenal has not changed much: the hero jumps on enemies, but more often with his long tongue unwinds them to their original state of a ball of yarn. He can also, grabbing some temptingly protruding knot with his tongue, discover a part of the location where various prizes are usually hidden. He also, as before, knows how to fly low, low, which allows him not to fall into a hole at the last moment or get out onto the platform after an unsuccessful jump.

Our hero has a lot of opponents: more than 80 types of adversaries, including bosses. There are “shy guys” of various types (with spears, on stilts, soaring with propellers), and all kinds of living creatures such as bats, penguins or huge chickens, and giant fiery waves with bulging eyes. Some opponents require a special approach: for example, ghosts need to be hit with a deft bounce of a ball from the wall, standing with your back to them. Others can be turned to your advantage: for example, on one of the levels there is a biting iron thing that you need to wrap with threads and use to make your way through enemies and walls.

Bosses are a separate conversation. There are two of them in each world, and at first they do not cause any trouble, but the further they go, the more dangerous they become (although it is only in the last two worlds that they begin to bring real inconvenience). Basically, the bosses are ordinary opponents, which Kamek has increased to gigantic sizes with the help of magic. The mother hen is especially impressive, from which you need to untie the chicken in order to hit it on the head properly.

Fans of searching for secrets will not be bored either. Each level can be completed with four gold stars. To do this, you need to collect all the daisies and skeins of yarn that fell out of Kamek’s bag, find healing hearts and get a certain amount of crystals. And if the stage itself is often easy to pass, then in order to find everything, everything, everything, you need to try. And if you collect all the skeins in the level, then you will be given a different coloring of Yoshi, and they can be played in subsequent fragments.

For completing the levels, they give out special stickers with bonuses that make life easier. Power-ups are very useful: from complete immunity to falls (Yoshi just pushes out of the pits) and ending with a magnet that attracts crystals. Thus, you can further customize the difficulty of the passage for yourself. And if you have children, then you can choose the “Soft” difficulty altogether: then Yoshi will have small wings behind his back, and Poochy puppies from the title of the game will be given to help him. Not only can they be thrown at enemies, they also find secrets. But if you want a challenge, then no one bothers to play the game without concessions.

And it seems that everything about the game is wonderful, there is nothing to complain about – and this is true. Almost. Towards the end, on some levels, the location of intermediate saves is chosen in such a way that if you die on the boss, you have to go through a rather difficult part of the level again. In the last stages, it is very annoying. But more, in fact, there is nothing to complain about.

Nintendo has made a great game for kids and adults alike, with special treats for one audience and another. You can blame only for the lack of checkpoints right in front of the bosses, but this is a mere trifle. The excessive childishness of Poochy & Yoshi’s Woolly World can scare someone away, but the gameplay completely redeems this feature, as is usual with Nintendo.