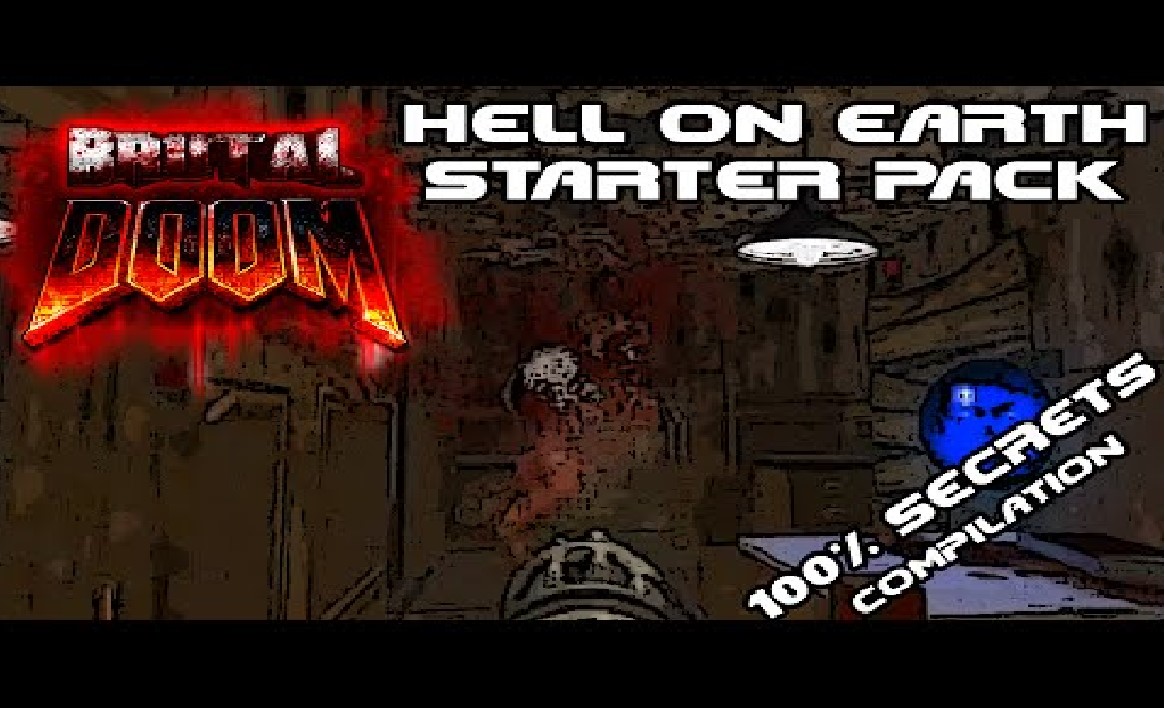 Most likely, most readers will not have to explain what Brutal Doom is. But still, purely for show: Brutal Doom is a modification, an add-on to the original Doom and Doom II (and indeed most popular WADs), which largely reworks the physics and combat system of the original game, and also adds a huge amount of detailed violence. It makes weapons and opponents angrier, and the killings become truly ferocious: dismemberment appears, liters of blood, like in Hotline Miami, close combat, finishing moves … And all this long before the release of the new Doom!

For many years, the modification was created and subjected to all sorts of improvements and changes by the author. During gameplay balancing, the mod did not have its own campaign and was engaged in nomadism. It was put on vanilla levels, crossed with a bunch of other mods and freely exploited by everyone who was not lazy. But relatively recently, the author of Brutal Doom finished many years of work and decided to assemble his own set of playable levels for him, which resulted in the Hell on Earth Starter Pack.

This add-on is divided into three plot-related and smoothly flowing episodes: Mars, Earth and Hell. The story repeats the events of the first two parts, but unlike the original, it uses all the cliches from the second-rate militants of the 90s in a more mundane and understandable way. The maps are huge, detailed and detailed, geared towards the long game. Although there are a lot of opponents, they take rather not by quantity, but by the quality of their arrangement. The music is mostly heavy and borrowed from subsequent id Software games (mainly from the guys from Sonic Mayhem), but as soon as you set foot in the land of ashes and fire, the emphasis shifts to dark, bone-chilling dark ambient.

Actually, about Hell itself: if it’s hard to run around the Martian base and Los Angeles because of the spacious locations with smart-assed key doors scattered across the levels no worse than secrets in old games, then it’s psychologically difficult to make your way through the valley of the dead. Rock-n-roll is replaced by “depression”: unlike the classics, there is not a single bright and cheerful level here. The local Hell is exactly that, Hell, through which you have to make your way for a very long and exhausting time, getting bogged down in your own and someone else’s blood, listening to the screams of the suffering and admiring the very detailed animation of the victims of demonic abuse, specially drawn for Hell on Earth. Perhaps not entirely by hand, but Sergeant Mark IV did a very good job of leaving a dark, oppressive and hopeless impression of a lonely wandering in search of Satan. After such torment, the lightness of the final boss, True Icon of Sin, may seem strange. But the fact is that it was invented back in the days of the very first prototypes of Brutal Doom, as if in contrast to a mediocre wall with a hole.

The gameplay is a hodgepodge of other mods and a number of our own developments. So, for example, the original idea of ​​Brutal Doom with the release of allied foot soldiers, which allows you to bring a couple of warrior assistants to the level, has acquired simply biblical proportions here. In some battles, a whole crowd of frenzied marines comes to the rescue, tearing enemy carcasses to shreds no worse than a player. At the junction of Los Angeles and the Underworld, such battles begin to resemble the real Call of Duty, except with a naturally hellish setting.

Also, the author decided to put a lot of emphasis on jumps and platforms in his levels, which ruined the life of all the players in such a decent way. The trouble is that in its native form, the Doom engine, even with a bunch of mods and add-ons, does not pull jumps. No matter what anyone says now, these two concepts are only compatible at the level of fantasy. Here in Quake, jumping is gorgeous, and in Half-Life, jumps across platforms work perfectly. Not in Doom. But the author apparently forgot to inform about this. And if at the very beginning this is only partly annoying, then when you get to the City of Angels, you will begin to experience hellish torments. Jumping between buildings, from a fence to trucks, from a balcony to overpasses – all this, although not nightmarish, has an extremely negative effect on the hurricane dynamics of the gameplay.

In general, it seems strange now to sit and rant about a fan-made modification of an old game, when there is a great modern Doom that we all deserve. But the Hell on Earth Starter Pack is a living monument to that classic, original action movie, the progenitor of all living sub-genres with the word “shooter” in the title. Sophisticated, modernized and adorned with a full range of features that any self-respecting modern FPS needs. It can be recommended to everyone and everyone, not only out of respect, but also for the sake of healthy nostalgia.

Tales of Berseria
Fate/Extella: The Umbral Star
To Top