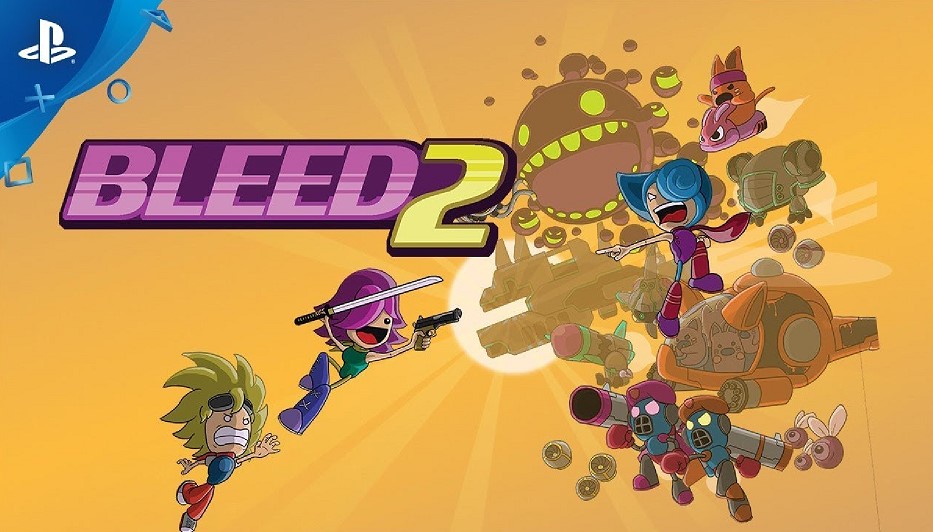 Bled 2: Over the past few years, the term “retro game” has become so common that it has lost its original meaning. Many releases, created with an eye on the classics of the gaming industry, have turned this phenomenon from something “well-forgotten old” into a familiar trend. It seems almost impossible to show originality in reviving the gameplay paradigms of yesteryear and squeezing a stingy nostalgic tear from the older generation of players. Some developers use elements and images familiar to us from childhood only as a basis for experimenting with the genre, others simply create a lazy remake of the classics, limiting themselves to bringing the picture up to modern standards. But there is another approach – to pretend that we are still living in the early 90s, and as if twenty years of the development of the gaming industry did not exist.

This is exactly how Bleed 2 appears before us. Everything modern that it has is control sharpened for analog gamepad sticks. Moreover, in its model itself, the main principle of the game is dictated – do not stop shooting even for a second, because for the appearance of a crushing stream of deadly energy rushing from the equipment of the main character, it is enough to deflect the stick in the right direction. And the simplifications do not end there: from the very beginning, the heroine can shoot in all directions with two hands from machine guns with infinite ammo, gracefully perform a controlled quadruple (oh yes!) jump, repel objectionable projectiles with a katana, slow down time and generally behave like a 16- bit Neo from the finale of The Matrix: Revolutions, who lost the remnants of brakes and modesty. At the same time, the game cannot be called overly easy. It’s hard to resist comparing with the recent Rise & Shine,

In this case, you can only hurt yourself on bosses, on which great emphasis is placed here. Numerous, multi-phased, these creatures of the developer’s fantasy are sometimes able to confuse with their crushing attacks. Each reset of the boss’s life bar causes genuine childish delight, sound effects “just like from Megadrive” tear eardrums, but you soon get used to the fact that one explosion in full screen does not end, and key enemies do not give up so easily.

All this riot looks and sounds exactly as it should be – the feeling that parents are about to enter the room, who will complain that the kinescope of the precious TV will suddenly expire from our games. The effect of nostalgia is one hundred percent, but it is achieved not by references and parodies, but by the very spirit of the game. For those who want to fully immerse themselves in hardcore childhood after completing the story levels, there are many opportunities to complicate their lives, such as the “arcade” mode, which is interrupted after the first death, and the “test” mode, in which one boss after another is thrown at you, and the authors do not hesitate it is ironic to clarify that this type of game is “totally unbalanced” and made solely for the challenge and fun.

Any segment of your passage is subjected to a cynical assessment (hello Hotline Miami and Devil May Cry), the result of which is greatly influenced by the ability to make a funny grimace at the press of a separate button under a hail of missiles, energy blobs and debris from the environment. And as a tribute to modernity and self-admiration, Bleed 2 features the ability to record and save a replay of your perfect flight between countless threats. However, all these attempts to add replayability to Bleed 2 are clearly not without reason – according to all the testaments of old-school side-scrollers, it is “defeated” in a swift hour and a half.

It’s funny to realize that in the past, projects of this level, with the same utilitarian plot and frenzied level design, were developed by solid teams in terms of numbers and were a kind of blockbusters. Nowadays, this is created by the hands of a single person and sold for ridiculous money. The gaming industry is going through amazing times, and the emergence of such nuggets is a perfect example of this.

Torment: Tides of Numenera
Psychonauts in the Rhombus of Ruin
To Top