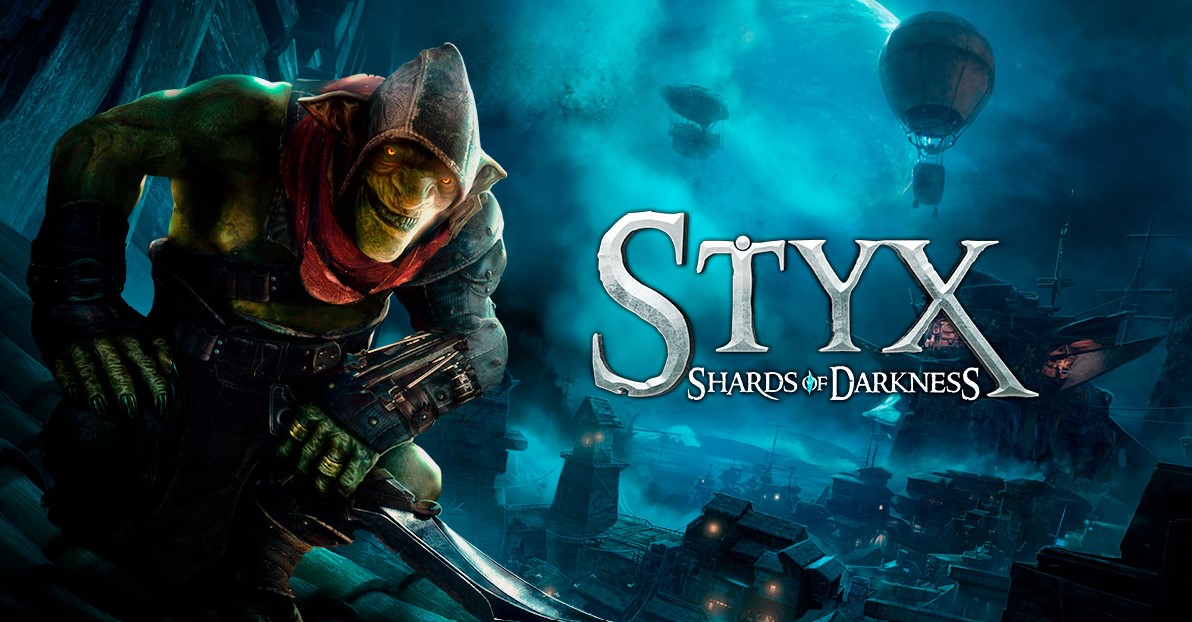 Who is Styx, you can answer both honestly and directly, and evasively? This green-faced appeared in the role-playing action game with a tactical pause Of Orcs and Men, but really revealed itself only when he received his first named game – a prequel called Styx: Master of Shadows, which forced a change in attitude towards Styx. Without going into a lot of plot twists and turns, I would like to note that the scenario in its denouement encouraged to run for a new bucket of popcorn – the main turn was too sudden, which affected the perception of all events before and after. Styx: Shards of Darkness directly continues Styx: Master of Shadows, but seems to forget about everything said earlier: they say, if you want to know the intimate details of goblin breeding and the eventful biography of Styx, then play the previous project. And we have a new dish, with a simpler side dish and thinner cabbage soup.

Styx begins his journey in the City of Thieves, where he is almost immediately recruited by members of the team that destroys goblins. Yes, this offer of cooperation is one of the strangest plot decisions, but far from the last. More than once or twice, Styx has to make alliances with enemies who gladly trust the goblin with their lives, as if in front of them is not a green psycho killer, a recidivist, and a thief, but a knight in shining armor. But it’s not boring with him: you never know what he will do next – save him from death or, sneaking up from behind, send him into her cold embrace.

Again, at the behest of the screenwriter, the villain must become a hero and settle a political conspiracy that is brewing like a teabag. And who, if not him? Fortunately, Styx is asked exactly as much as his abilities allow: steal, kill, replace, intimidate. Well, and a couple of giant carnivorous creatures to soak, why not, in fact? Who will certainly not feel sorry for, if something happens, it’s a dirty, foul-smelling goblin.

By the way, about the smell. A new race – gnomes – was introduced into the plot for a reason. In the world of Styx, gnomes have a phenomenal appetite, craving for alcohol (but this is not certain) and a sense of smell, which even elves are far from. It is almost impossible to sneak up on such people or quietly pass by – they will definitely smell them and go to check from whose feet it smells like that. Of the other enemies: people and elves (sharpening in the kidney – and in the well), chained in steel people and elves (only poison or throwing something heavy on the head helps), magicians (they hurt with electric shock right into the green well …), beetles (overdeveloped hearing in the absence of vision as such) and rare creatures like golems, trolls, and orcs.

With each new level, the enemies become more numerous and more dangerous, which would even please in a different game, but not in Styx: Shards of Darkness. The second half of the passage seems to be speaking in the voice of a strict teacher: “Now we repeat what we have learned to consolidate the material.” The locations are duplicated, the enemies are in the same positions (albeit having changed the race and strength of the armor), and the plot, already not burdened with logic, produces some strange mix of delirium, self-copying, and a complete lack of justification for the actions of the characters. The main gameplay does not develop, the challenge does not grow, and the narrative does not make sense, which is why the game slides down at the speed of a Prakash that fell from a mountain.

Here, crafting and pumping in five directions will not help much. You will need various gadgets only if you really want to go through all the levels stealthily, without enemy panic and without killing, but otherwise the locations give you so much freedom of movement that it is not difficult to hide from enemies. There are many places where Styx cannot be reached, many places where he is not noticed so that the feeling of danger and helplessness disappears without a trace. Especially since now Styx has a “detective vision”, and even searching for objects does not require effort. Lightweight.

What’s really hardcore is the passage of Styx: Shards of Darkness in co-op. There are no conditions for tactics, and every time you want to do something quietly, the gods flip a coin. Your partner may well scare the guards and cause a panic in all locations, the dimensions of which, by the way, have not changed at all, despite the assurances of the developers. The only plus in a kipish green-skinned colleague is the ability to forget about clone management forever. Styx: Master of Shadows had cloning-related mysteries, but in the current game, the copies are purely for distraction. This is where a partner will definitely come in handy.

Well, nothing more interesting to find. Styx: Shards of Darkness is about repeating the past and abandoning some level design decisions in favor of simplifications. The ubiquitous copying and the worsened script are all the more unsatisfactory, but the dark humor and meta jokes, combined with the still unique and funny concept of the world, pull the project out of the swamp of obscurity. The result was a normal, sometimes even good stealth game with its own green cockroaches, which you have to endure.