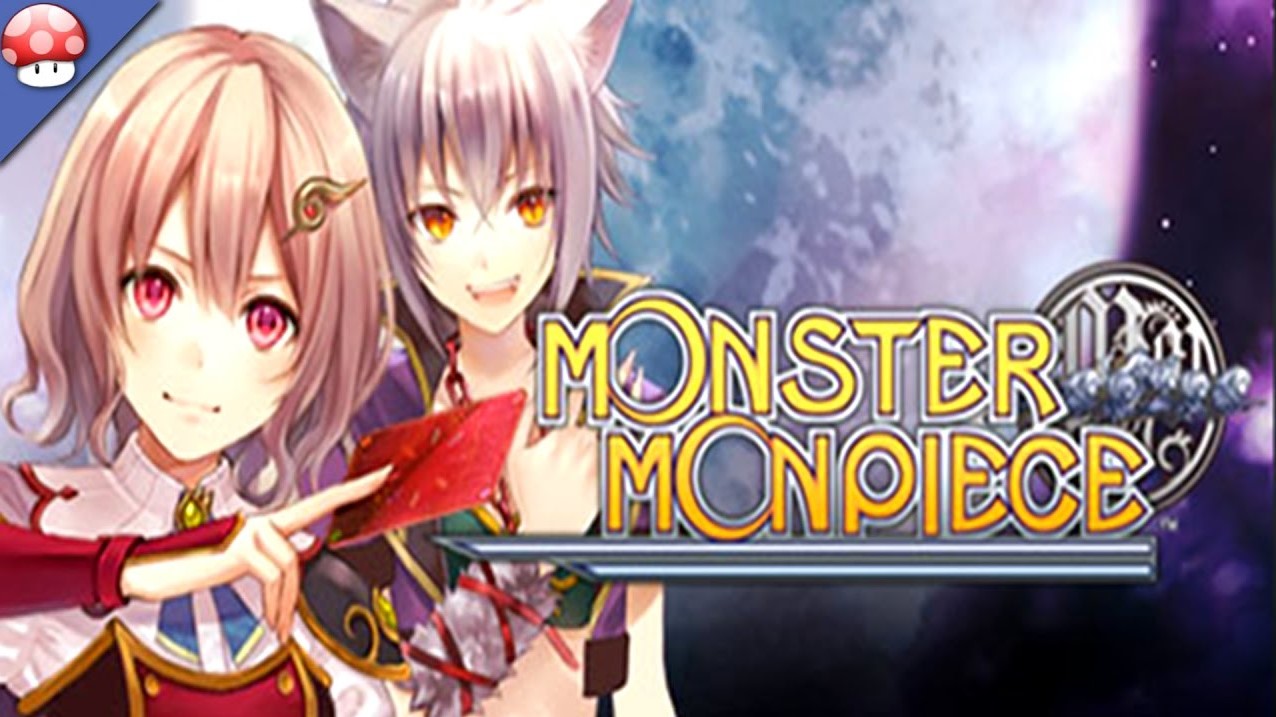 To stroke the front, you need to lick the back. (old riddle)

Once upon a time in the world of Yafanir, two giant pillars, known to the plebs as the “Hammers of the Gods”, penetrated the earth. Monster girls poured out of the resulting hole and began to repair all sorts of obscenities, obviously cutting out the male population along the way, since only female characters are encountered in Monster Monpiece. Mankind rebuffed the monsters and eventually rolled into cards (no other than with the help of magic rollers). Now, academies are scattered all over the world, where the girls learn the skill of fighting each other with the help of monster cards, except for shouting out at the same time: “Pikachu, I choose you!” The heroine’s name is Mei, and while she’s hanging out with her first card partner, her best friend is kidnapped by a nasty monster aunt who planned to steal the crystals that feed the academy… And now, as it’s easy to understand, the heroine has to save both her friend and the crystals,

The rescue process is divided into four gameplay fragments. The first is story inserts, designed in the style of visual novels and dumping tons of completely optional dialogue on the players.

The second is walking on the map. Each region has markers between which we roam. It is not allowed to move independently if you please, march from point to point. At stops, we can: find some money or other currency, find an orphan card with a monster girl, get into a story scene or meet opponents (academy students or wild monsters) who will have to kick their skirts.

The third is battles taking place on a separate field. Its length is 7 cells, and its width is 3. Along the edges there are castles, personifying the warring. In the game world, it looks like two schoolgirls standing in the middle of a field, frantically throwing hordes of monster maidens at each other. Each of the fighters on the first turn receives three units of mana and a set of cards that can be laid out in nine cells on their half of the field. The thrown girl still comes to her senses, but then she is ready to bear retribution in full. If there is no enemy right in front of the nose, then the girl takes a step, and if there is, then he gets hit on the forehead. There are a great many cards, but they are all divided into four types: warriors, archers, mage-amplifiers, and banal healers. More advanced cards come with their own bonuses: for example, some can move immediately after being played.

In general, as in any self-respecting collectible card game, there are many subtleties that should be considered when designing your army. This is where the joy of the game lies: the well-executed combat that follows the meticulous deck building gives a pleasant feeling of self-made victory. Of course, no one will forbid you to choose fighters according to the beauty of the picture, but on the battlefield, cards of the same type still look the same, and they are punished for this painfully, so it’s better to massage the feeling of beauty in a special gallery, which shows all the cards found and “pleased” .

And if battles are the heart of Monster Monpiece, then the opportunity to improve cards that opens up in the story cannot be called anything other than an “erogenous zone”. At a certain point, the heroine’s partner cat shows how to infuse the power of love into monster girls and make them stronger. During the process, an enlarged version of the map appears on the screen, and the player is offered to race against the timer to find all the erogenous zones and press them in the right way, stroke them, and so on. Just hammering like a jackhammer will not work, virgins require special treatment. As a reward, they give out a card with more depraved art and improved characteristics. And if you did the same, but with the grace of a blind mutant rabbit, then the monster girl may lose her characteristics.

Between battles, you can go to the store and buy yourself sets of cards or additional items that help in battle. What is unpleasant is that an item appeared on the PC offering to buy especially trump sets for real money (24 rubles per set). Cunning creators, there is nothing to say: after all, the cards fall out randomly, so there is a chance to get carried away a lot.

In general, the feeling of the game is that you are walking along a narrow path through a swamp. One foot stands firmly on the boards with interesting pictures, and the other periodically falls into the plot. And in order to move forward, you need to constantly fish out new boards from the bushes, several pieces at a time, and then also scrub them in every way from dirt in order to better attach. And so we stomp, one foot in the plot dirt, hands constantly scrub the boards, and there is not even a clearing ahead to charge some eccentric in the forehead.

Monster Monpiece can’t figure out where to go. On the one hand, it turned out to be a good, albeit simple card game that offers to please two-dimensional beauties in every possible way, undress them and collect them. At the same time, the plot is quite serious, the girls rush about and torment themselves, but the dull remarks of the characters make the players already suffer. Well, it’s a shame that online duels for two people remained on the PS Vita.

As for the rest… If you are not allergic to anime characters, then just put on the story pack and play the average card tactics.