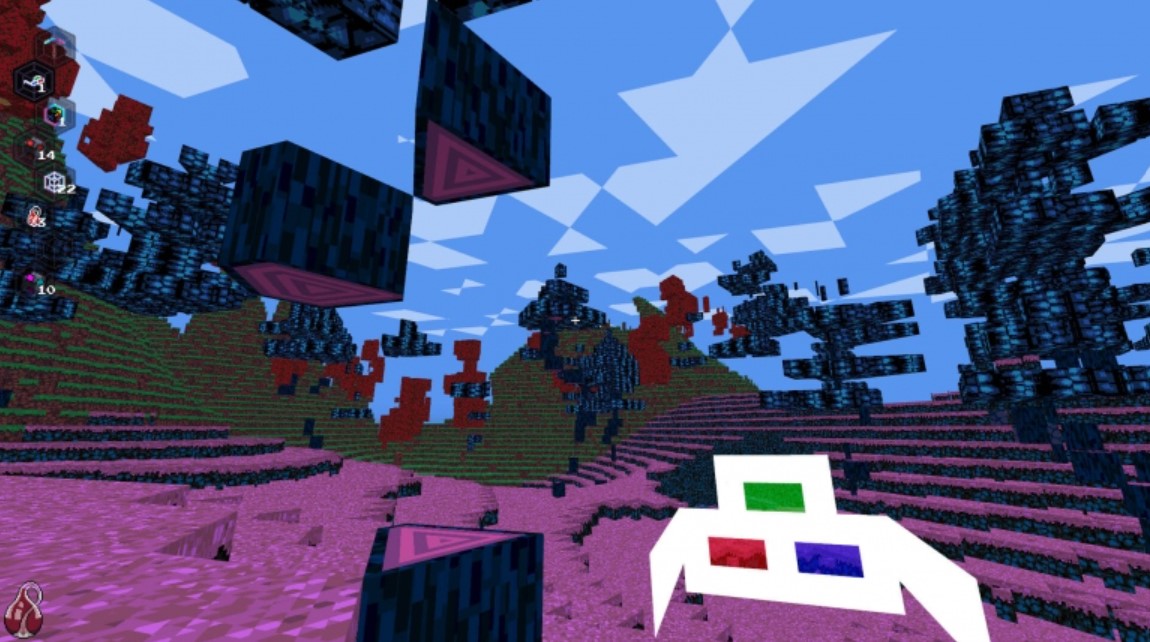 The world’s first 4D survival sandbox, whatever that means.

Meet Jacob Dehart. He decided to create a 4D version of Minecraft. I chose a clear and simple name – 4D Miner . Here’s what it looks like.

Is everything unclear? To explain his idea, Jacob released a long video with a demonstration and a mountain of explanations. Since humans can only perceive 3-dimensional space, the game will stay that way. A new dimension will invade as a mechanic more common to various puzzles.

The player has two ways to move: the standard game movement in space with six degrees of freedom in space and movement along the fourth axis with the wheel. That is, the player moves along four coordinates and, as it were, rotates a new dimension.

There is some sense: new pieces of the world, treasures and enemies, previously hidden in invisible coordinates, come into view. At the same time, the environment and characters shift from their usual positions, like the faces of a Rubik’s cube, and the world turns into the devil knows what. Basically, the fourth dimension causes only inconvenience: all extracted resources fall into it, which then need to be found.

4D Miner will be released on Steam .

There is also a page for crowdfunding , but everything is bad there.

Space Punks
Eresys is a dark cooperative horror movie based on Lovecraft’s books.
To Top