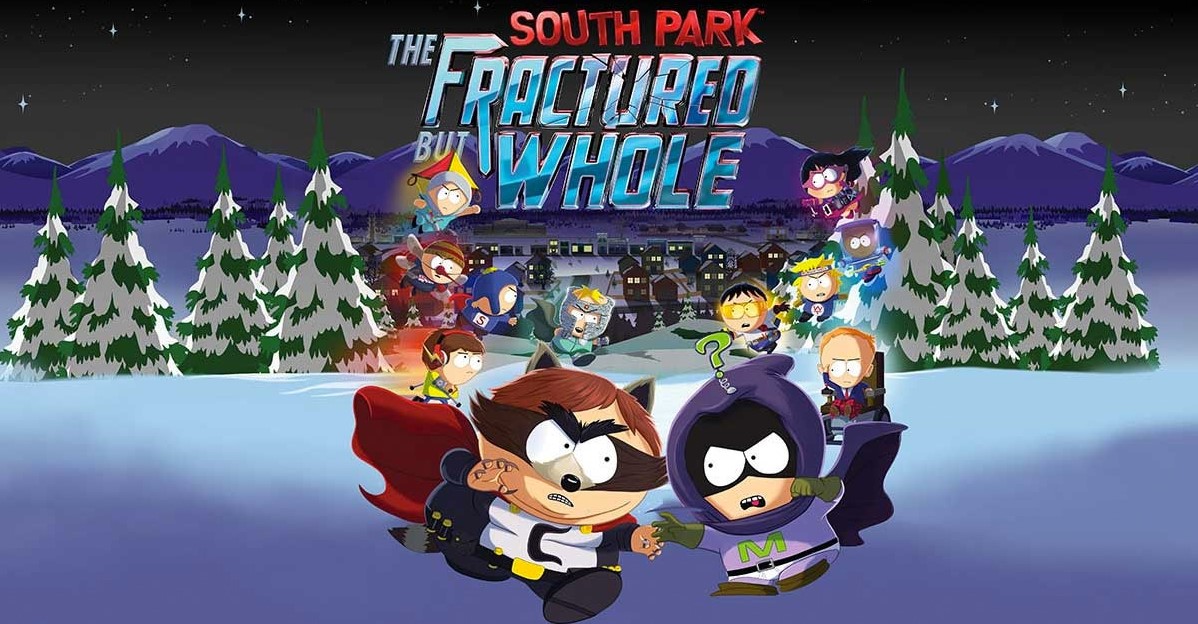 South Park: The Fractured but Whole

Troubled times have come in South Park. Almost abandoning the failed “through” structure of recent seasons, Trey Parker and Matt Stone managed to launch a new, perhaps the weakest block of episodes in the entire period of the show’s existence. Will the audience wait for its branded pulp, or have the creators finally decided to sabotage their former merits in the television broadcasting network? Time will tell. However, the duo’s repeated desire to move the franchise into a video game format is already making itself felt. No wonder The Fractured but Whole can safely be considered their best work in a long time. Since the release of The Stick of Truth, to be exact.

Having swung at such a large-scale territory, the guys had to rethink a lot. In fact, The Stick of Truth was the brightest fanservice medley, but the game in the usual sense, it could be called a big stretch. At that time, Obsidian Entertainment tried to somehow justify this title by screwing the turn-based combat system of Japanese role-playing games to it – though noticeably simplified. So much so that God forbid not to distract the target audience from things that really interest them: exploring a familiar town, searching for nostalgic Easter eggs, communicating with favorite (and not so) characters and, of course, branded humor.

The new part of the “Interactive Park” confidently steps on the heels of its predecessor in almost every possible aspect, overtaking only in relevance. Superheroics are now well-known, and it would be foolish not to use the motives already available in the series – since the kids have been playing The Avengers since the fourteenth season. Will Cartman manage to create his own franchise and earn tons of dollars? The Fractured but Whole is worth coming at least for the sake of answering this question. Not to mention the “Civil War”, which divided the guys into two militant camps in one of the recent episodes. Finally, there was a job that grabbed the whole Warner-Disney gang by the lapels of their fashionable jackets and shook until the change fell off. “South Park” does it in its own way, driving through cinematic universes, three-act structure and disgusting cliches. And not forgetting to throw natural diamonds like Scott Malkinson, a diabetic, whose “Captain Insulin”, having thrown another dose of sugar, literally transforms into a fucking Bane. Without a doubt, we deserve this hero.

Alas, exorbitant ambitions are the root of the vast majority of the novelty’s problems. Don’t worry – the beloved principle of exploring the territory has not undergone major changes. We move relatively freely around the city, we get quests, periodically getting into surreal (or simply moronic) situations. One of the new mechanics that directly affects the development of your “Chmo” is selfies. The game really requires you to pester passers-by for the sake of another “selfie”, which the hero will certainly post in “Coon” (well, you understand). The latter is valuable not only as a tool to increase the authority of the character, but also as a separate source of sparkling satire. Reading the comments under the photo is a special pleasure, and if anything can reconcile the player with the arrogance of some citizens, it’s them.

A notable innovation of the project was the combat system. Linear oriental turn-based was replaced by slightly less linear tactical inherent in things like Heroes of Might & Magic. The player has the right to be equipped with three companions (if the plot does not mind), which are allowed to move around the battlefield within the available distance. The Fractured but Whole offers a choice of packs of entertaining “superhero” classes, and brings new ones along the way. Already familiar things like crafting items, hanging a character with junk and everything that made The Stick of Truth some kind of RPG were not left aside. Only the costumes no longer matter much for the parameters, becoming a fun target for the audience to exercise in wit. Class abilities also have to be distributed; there are enough of them here to think about the choice. The Fractured but Whole turns out to be more demanding than the first part, because it requires some thoughtfulness of the player. It has something to delve into, there is where to apply tactical skills and there is something to experiment with. It just doesn’t fit the game at all.

Timing is one of the most important components of quality comedy, and this is where the problems begin. Battles can last tens of minutes, which is, of course, not bad for a tactical RPG, but absolutely fatal for the humor of the South Park format. Thus, any homerically funny situation starts along an unpleasant sinusoid: from the stupid antics of Randy Marsh, who is drunk in cabbage soup, to a dull fight with Randy Marsh, who is drunk in cabbage soup. From rescuing the crazy Clyde from the Raisins to kicking the underage asses of these same “raisins”. And if the first few hours of the game go smoothly, then the mean difficulty curve can get in the way of even the most engaged player. Which never happened in The Stick of Truth, because it perfectly understood the main thing – not only nerds would come to it. She knew her consumer and did not allow herself to dig deep into the gameplay, which many did not give up in FIG. Even if this move hurt someone, it’s hard not to admit that The Stick of Truth worked. And it didn’t just work, but literally riveted to the screen with the density of the narrative, regularly shuffling locations, shooting non-obvious references and jokes, each time becoming more and more indecent.

So should the developers, and personally Parker and Stone, move away from a wonderful fanservice trinket in the direction of “just a normal video game”? Probably still not. However, everyone will decide for himself, because The Fractured but Whole is definitely worth the time spent. Long, boring and sometimes annoying, it still remains the same “South Park” – uncompromising, bilious and ad nauseam brilliant. The new game may not be able to please everyone, but you shouldn’t be ashamed of it. Remember that the guys are just testing the ground. And whatever their ideal game may be, with such potential and passion, fans can safely count on a worthy alternative to the rapidly dying animated series.