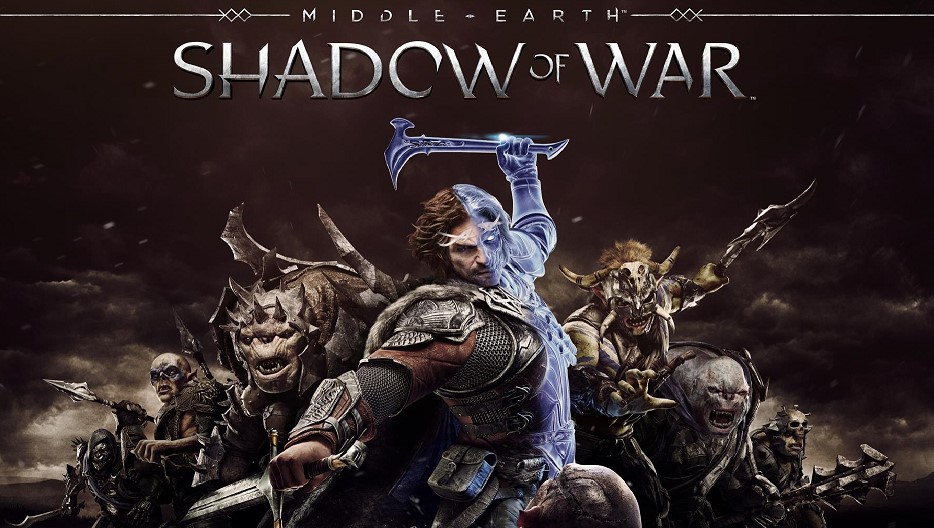 Lullaby for the Nazgûl

The movie universe of The Lord of the Rings is thin, like a five-ruble condom. If you stretch it a little, it will tear and ruin the life of the fans. Everything is especially bad with video games, which, using understatement in films, create their own Expanded Universe filled with schizoid gaming conventions (see The Lord of the Rings: The Battle for Middle-earth 2) and the nonsense of local scriptwriters. After all, everything that was not mentioned in the six films of Peter Jackson could exist in this universe, and the books of one British professor are not canon here.

Released in 2014, Middle-earth: Shadow of Mordor was more fortunate than many similar products. Having successfully peeped the device of the Assassin’s Creed game, from the combat system and parkour to the smallest character movements and mechanics, the authors enriched the concept that bored gamers with the Nemesis system, which is a hierarchy of blood enemies in the game. Any orc who killed the main character was upgraded, received a unique name and status, as well as a reaction to the new appearances of the slain in his orc life. Also, these blood enemies fought for power, crawled through the ranks, set up ambushes, hunted, grew smarter, discovered new abilities in themselves and could adapt to the technique of the past. Playing with Nemesis was the unique feature that pulled Shadow of Mordor out of the swamp of Assassin’s Creed clones, and the plot, far from the events of the cinematic “Lord of the Rings”, insured the authors from fan anger. Well, who cares about the story of the Black Gate guard Talion, who had his throat slit during Sauron’s return to Mordor? That’s right, anything could be planted in such plot soil, even the ghost of Celebrimbor.

The sequel starts with the ending of the original. Talion and Celebrimbor create the newest One Ring (as if the previous one was no problem) in order to win over the orcs and trolls of Sauron to their side and expel the dark Maya from Barad-dur with far from magical pendels. But already at the very beginning, their plan is bursting at the seams, because the spider Shelob steals the Ring and is going to use it for her own purposes. And she does not take up strength: she conjures, like a professional magician of level 120, chains spirits in a net, foresees the future, feels the Rings of Power, and can also turn into a long-legged brunette. With such abilities, it is not clear how Sam Gamgee managed to defeat her in the end, but oh well. As mentioned above, everything that Peter Jackson did not show could exist, even if no one thought to explain the huge scale of the divination of Ungoliant’s daughter in the game.

These same fans should not come close to the game even a cannon shot, since this time the scriptwriters have gone all out and carry such anti-canonical nonsense that you won’t look without tears of shame. If a non-fan handles Middle-earth: Shadow of War, then he will not notice a set-up either in the chronology or in the number of Rings of Power – the main thing is that it is interesting, spectacular, unexpected! And yes, this approach works, the main plot and its many side effects in the five regions of Mordor are an excellent example of how you need to use the old functionality in a new way, returning the former fascination.

New meanwhile also appeared. If in the first and second acts of the plot we are again taught what we already knew how to do in Middle-earth: Shadow of Mordor (fight and recruit orcs), then the third and fourth show the scale of the story in all its glory – assaults and numerous defenses of fortresses, but one in each available region. The online portion has also expanded with this new game content. In Middle-earth: Shadow of Mordor, you could look into the worlds of your offline friends to take revenge on one of their orcs for the death of a comrade. Now this was added to this by no means friendly rivalry – it is necessary to capture the castles of friends and random people from the network, so to speak, testing them for strength. Players can take trusted orcs to siege and, depending on their class, buff them with support. The task is the same as in singleplayer: capture the key points of the fortress, break into the throne room and kill the orc or ologue, whom the rival has appointed to rule. This is complicated by the fact that the allies will not come to the aid in the throne room, and the defender will have an endless influx of military force.

However, do not rush to happily go bend over other Middle-earth: Shadow of War buyers. It is quite possible that during the fourth – final – act of the plot, you will come to hate both the beautiful and various orcs that still exist within the framework of the Nemesis system, and the siege of fortresses with their own defenses. There is a suspicion, and it is not without reason, that the authors had run out of plot at that time, and the cunning publisher, actively introducing an in-game payment system, saw this as an opportunity. As a result, the entire fourth act consists of defenses of fortresses that take from twenty minutes to an hour, with a plot only at the very beginning and at the very end. Lost the fortress? You will have to capture again – take another forty minutes from your life. In order for the fortress to survive, it is necessary to train the orcs: send them on missions or drop them into pits, where they can not only pump, but also glue flippers from a random arrow to the eye. Alternatively, they can die in the first minutes of the assault, blowing themselves up on a wall smashed by your siege equipment – and that’s it, crying for half an hour of active preparation, you will have to train another orc (especially if you have not yet mastered the skill of reviving the dead). As a result, the time spent on the fourth act increases in a not very pleasant progression, and the pleasure ends already on the fifth assault out of twenty necessary.

Soon, only a long and monotonous grind remains from the game, and the publisher, with a sly wink, offers to simplify his task and look into the store where you can buy chests with random orcs. If you want simple orcs, get ordinary chests for numerous in-game currency. If you want those who can fight back, farm special gold cash by participating in online assaults (more sieges! More!) and revenge on orcs for fallen fellow gamers. Tired of sieges and want to finally get the long-deserved ending? Get a credit card and buy gold currency for real money. After six hours of farming, which doesn’t really bring the final game closer, it’s hard not to think about this option.

This is how the pleasure of the new good mechanics is completely killed by someone’s vile desire to get super profits. And it’s a pity, because without the fourth act the game would have turned out to be excellent. With an illogical but spectacular narrative, with an old but still catchy combat system, with excellent characters both among the story personalities and among the generated orcs. And of course, with “Nemesis”, which turns your theater of operations into an unpredictable attraction of random events. Who will be captured? Who will betray? Who will be killed by hungry trolls? The Nemesis system will make you nervous, planning, and ultimately feel like a real Middle-earth strategist. And if while promoting other blockbusters, publishers falsely shout about a unique gaming experience, then here their statements are crystal clear – competitors have not yet come up with anything like this.

South Park: The Fractured but Whole
Dungeons 3
To Top