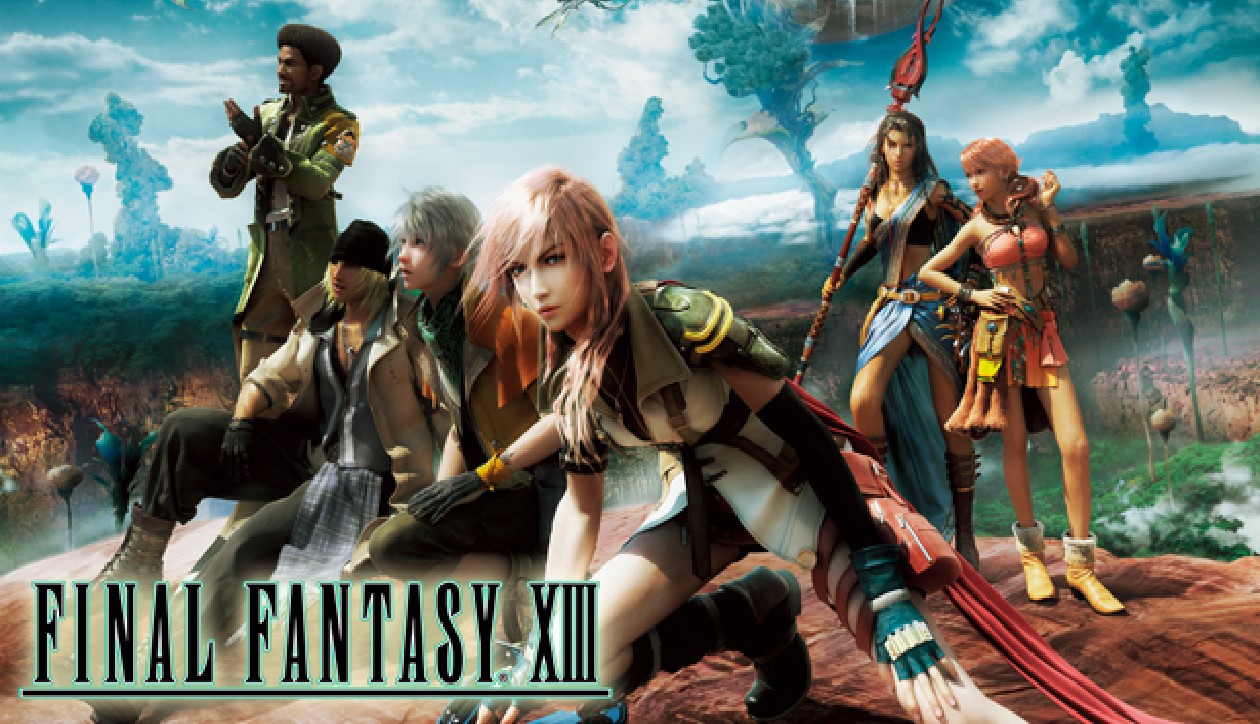 No strength to be silent

Apple pie is a simple dish found in almost every baking recipe book. Anyone who has ever touched the oven and has never called the Two from the casket for help can make it. But, let’s say you are a professional baker and cook pies every day. There are a lot of people around you, and they, too, have become adept at making pies. At your disposal are high-quality expensive products and unlimited amount of time to make your The Witcher 3 from the world of pies for 12 out of 10 points. And your audience is not demanding, they don’t expect a masterpiece from your kitchen, they just want it to be delicious, so that random kitchen utensils and the chef’s pubic hair do not get stuck in the pie. This is easy to achieve, right? But apparently not for the team inside Square Enix.

Moreover, when Final Fantasy XIII was presented with videos and screenshots, it was difficult to guess the result. Phenomenal graphics, vivid action, incredible study of character models – all this was breathtaking. After the release, the contrast of expectations and reality turned out to be so strong that it was time to go to a psychiatrist to check: what if this is not a game, but we are so crooked and cannot see the genius, scale, depth of ideas and excellent thoughtful gameplay? Many players still think that they just didn’t understand something and Final Fantasy XIII is really good. But a person with no prejudice would immediately see what a nasty thing Square Enix was passing off as a game. And after eight years we will try to get to the bottom of the matter.

The very difference between a promo and a product that has entered the market is explained quite easily – for the most part, Final Fantasy XIII was worked on not just by different people, but by different teams: some made gorgeous CG, others developed the concept of the world, others tried to make out what was happening in Motomu’s script Toriyama, the fourth completed the Crystal Tools game engine, and the fifth and sixth based on it worked on two new games at once, related to Final Fantasy XIII by a common “crystal” philosophy. Whether all the involved participants in the development cooperated well with each other will be understood by anyone who plunges headlong into what they have done. Alas, to wash off after this experiment will no longer work.

We don’t have a “Fly in the ointment” right now, but Final Fantasy XIII can only be described through its shortcomings. Look to the left, and you will see single-celled stupid characters, on the one hand, absolutely spineless, on the other – stubborn, like sheep, in those places where it is not required. Look to the right, there you will meet the breathing device of the world, unrealistic, as if we have another teenage dystopia like The Hunger Games and Divergent. This is echoed by the level designers, who did not even try to reveal the crooked world – they limited themselves to simple corridors 20 meters in a straight line.

Oh corridors! Corridors are the real philosophical basis of Final Fantasy XIII, the local world order and our gaming existence. The whole game consists of constantly repeating passages, made not only from the same elements, but also from completely identical textures stretched over them. If the authors had made a labyrinth out of them, no one would have got out of there even with a map and a GPS navigator, all these tunnels are so similar. In addition, they are also very short. You walked 10 steps, ran into the door, went in – you will get another similar corridor.

But it’s still flowers. In order for the game not to take place in half an hour, the designers carefully placed groups of opponents in the rectums, most of which cannot be bypassed. You have to fight. Fight a lot, fight constantly, fight for five or ten boring minutes. And turning around, you find that the enemies do not die completely – they are reborn before you manage to clear another featureless corridor. Would you like to return to the previous room? No problem! Kill the same monsters again – and then again when you go forward again.

And then they would yell with happiness: “Hurrah! Many fights – many tactics! ”, But no. Final Fantasy XIII was not created in order to think, calculate, win thanks to the mind, cunning and internal power directed at the enemy’s weakest point. The battles are in real time and do not allow you to sit on the plans, but it is not necessary: ​​to win in most battles, you need only one button that activates the auto-battle. AI itself chooses the most effective techniques of your character and spends them on the selected enemy. You heard right: “character”, not “characters”, in the battle there is no way to choose an active hero, and you always play for someone alone.

This is how hundreds of battles take place with clicks on a single button, and the torture of monotony begins in ten minutes after this more than forty-hour game. At the very least, you only need to move on the bosses, where you need to switch paradigms for the characters – the roles they play in the team: tank, warrior, medic, and so on. Toward the end of the game, any member of the group can be given any role, but in order for him to effectively cope with it, you have to mindlessly grind. Grind like it’s the last game ever. Grind like you don’t have a personal life at all. Perhaps it is for grinding that the only open area is added here, not divided into corridors with downloads. It has nothing but a green meadow, cactuars and constantly respawning monsters. The perfect place to hit the autoboy button fitfully

And in the end, only decay, hopelessness, Japaneseism, Deus ex machina and events that occur not because they should logically happen in the situations arranged by the screenwriter, but simply because this screenwriter did not come up with anything smarter than crossing out his own philosophy and his own laws plot for a happy ending. I had to draw CG videos, there was no time to think through the logic! There is no time to give a pack of characters characters, because you can always take a set of templates out of the box! There is no time to make a game, because everyone knows that not things are sold, but products!

So Final Fantasy XIII has become such a product of its time. Dull to the point of drooling from the mouth, primitive to screams into the abyss, with an overwhelming number of self-repetitions and the dullest stretching of everything in the world. And with a deranged narrative, repetitive gameplay, a world that shouldn’t function, and an ending that shouldn’t have happened. But everything is very beautiful, tons of CG, nyashek and overwhelm. As time has shown, this is more than enough for the illegible consumers of Finalok. And it is they who are to blame for the fact that Final Fantasy XIII survived, paid off and received two sequels. And she was only worthy of being sent to the bottom of a deep lake with a brick around her neck and a bullet in her head.