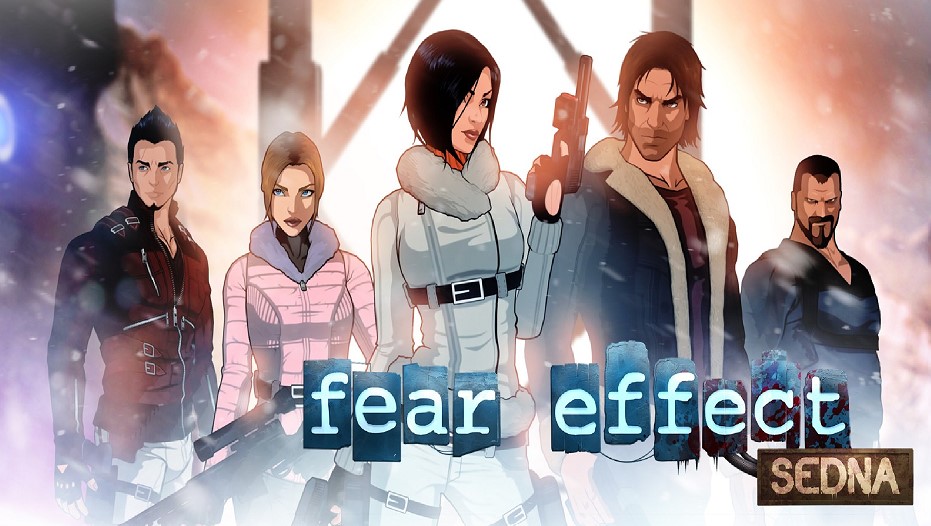 hello from the grave

And the trouble with Fear Effect Sedna is not that it has kept all the sores of the series: it’s annoying, no doubt, but forgivable. The trouble is that not all the advantages of the franchise have survived the change of developers and budget cuts.

For example, the old characters remained themselves, except for the predictably reduced emancipation of the heroines. But the Frenchman who imposed on them in the team is just a Frenchman, and the rest of the participants in the events do not deserve such a description. History tries to repeat the trick of its predecessors and combine fantasy with mythology, for a change, exchanging Chinese beliefs for Inuit parables, but there is neither past madness, nor unusual style, nor an eerie contrast between manufacturability and mysticism. Maybe the myths of the Eskimos simply did not deserve such attention. Maybe the authors failed to adequately show them. But what’s the difference if at least something interesting in the plot of Fear Effect Sedna happens only at the end?

Not everything is good with screensavers. Purely visually, they are marvelously canonical: everything looks and moves correctly, and only the Rhine jars, by default looking at others with inappropriate contempt on her face. Only the director of the commercials was not enough for something talented and memorable – only for high-quality and functional. But next to the sound engineer, the comrade who was responsible for the screensavers looks like a real genius, because the sound is the weakest link in Fear Effect Sedna. The actors might have been happy to play their roles normally, but obviously no one directed them, and therefore you can say goodbye to the correct timing of phrases or appropriate intonations in advance. And along the way, forget about the fact that the sounds in some horror games can work on the atmosphere worse than the graphics – here even the weapons sound weaker than other children’s toys.

Shooting in Fear Effect Sedna is generally very strange. Back in the days of kickstarter, the authors were told that trying to combine paused team tactics and an arcade shooter was not the best idea, and after the release of the demos on Steam, the developers even admitted that they had made a mistake and promised to seriously shovel their gameplay. Only they didn’t do it. Before us is the same arcade shooter with not very convenient aiming, leveling this shortcoming with another problem – the flawed AI of opponents. A good turn-based action could have come out of the game – this can be seen in the tactical mode, the variety of special attacks and the possibility of combining the latter. But the authors decided to go their own way and make most of the invented mechanics useless – now the most effective tactic in Fear Effect Sedna remains “Stop and shoot at the enemies running at you, occasionally healing with first-aid kits scattered at every step. You have to try only on relatively inventive bosses, which both make the game more interesting and vividly remind you of how crookedly local management is implemented.

But there are almost no complaints about puzzles. Not all of them are equally interesting, not all of them provide the necessary minimum of visual clues that allow you to at least predict the results of your own actions; but for the most part they are varied, entertaining and fit well into the overall outline of the passage.

Alas, you won’t be fed up with puzzles alone, and everything else in Fear Effect Sedna is not impressive. The gameplay is not infuriating, but it does not deliver much pleasure either. The story is tolerably written, but fails to tell anything interesting. Screensavers are competently staged, but mediocrely voiced.

This is not the kind of game that will make you throw a gamepad at the screen or call a plague on the heads of developers, but it cannot give true pleasure either. It’s nice, of course, to see your favorite heroes again, but this opportunity hardly justifies the existence of an entire game.