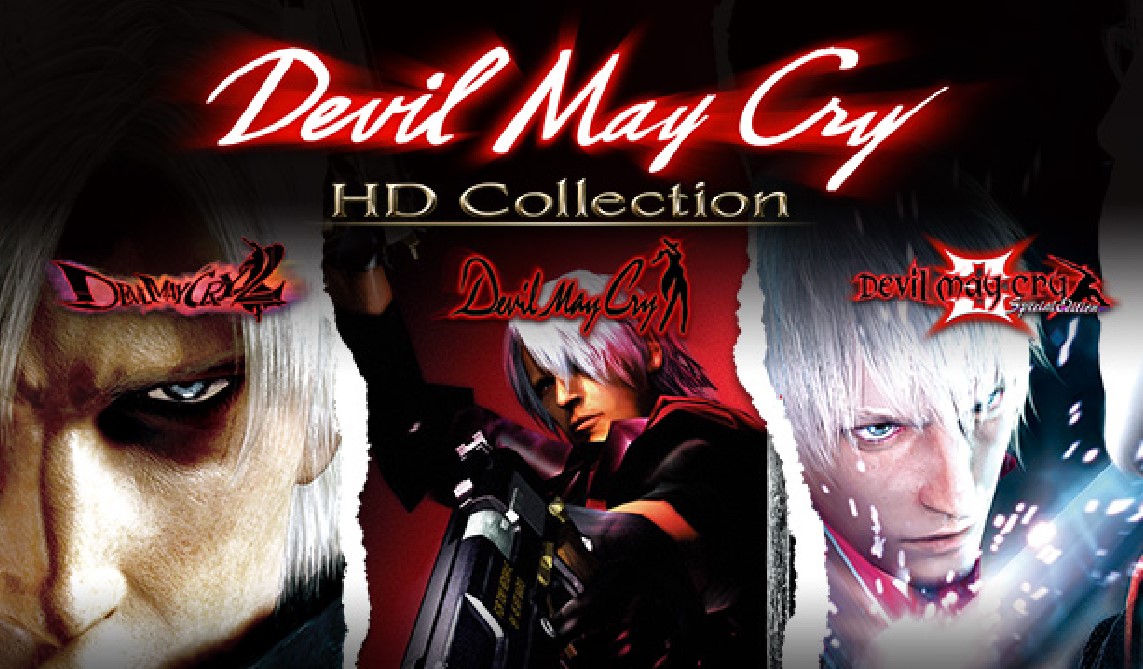 Devil’s cry of me

“Republish games while you can!” – probably the unofficial corporate motto of Capcom sounds something like this. An ingenious business strategy: to get an old hit out of the bins, shake off the dust from it, tweak it a little, add a couple of little things, release it again on the current generation platforms and earn again. For the last 20 years, the plan has almost never failed (where was Street Fighter II transferred last time?), so there is no doubt about the firmness of the principles of one of the titans of the Japanese gaming industry.

But to the credit of the publisher, from time to time he found time to create something new. That’s how one day the next sequel to Resident Evil mutated into a stylish action game about the ashen blond Dante in a red cloak.

The strong influence of the “parent” is still felt. There is wandering around the rooms, solving puzzles, and searching for various keys or items that are required to advance through the level. Danger can overtake the hero at any moment, whether it be a ghost that suddenly crawled out of a wall picture, or a puppet come to life. The game also inherited a camera that selects the best (according to the virtual operator) angles and demonstrates the beauty of the island of Mallet and the lonely castle standing there. The first issue of the series even now catches on with its gloomy gothic atmosphere, which none of the subsequent parts could repeat (or did not want to).

Let’s move on to the main thing Devil May

– the battles that have become a hallmark of the franchise. Then, in 2001, Devil May Cry became the benchmark for how to make a stylish third-person action game. The player had to not only cut demons right and left with melee weapons but also do it in the most diverse way – that’s how the local economy worked. If you repeat yourself, you will get fewer Red Orbs, which serve as currency for buying new moves and abilities.

Naturally, the game became a hit, so it would be foolish not to make a sequel. And how fucking Devil May Cry 3 came out! It seemed that there simply would not be a better slasher in the world, here it is, the very idea. Deep combat system with a choice of style and instant switching between different types of weapons. Each successive victory over the enemy motivates the player: go ahead! Get in another fight, try to beat all these bastards with these tricks! And don’t forget to beat them up with that killer electric guitar (no joke) you got five minutes ago!

Spectacular cut-scenes became the main decoration of the game. The coolness of the young Dante was emphasized in almost every video, whether it was simply eating pizza or jumping from the top of a giant tower into the mouth of a leviathan.

And yes, the text really jumped from DMC straight to DMC3. But if you have heard about the franchise at least out of the corner of your ear, then you can guess the reasons for such a decision. The family has its black sheep – that’s what the sequel became. It had repetitive and too easy fights, melee weapons indistinguishable from each other, lousy art design with empty locations, low detail, and very few opponents. The latter did not impress either: tanks and helicopters coexisted with all sorts of ugly (in terms of graphics) monsters. Have you always dreamed of cutting down military equipment infected with evil with a sword? And even the good innovations of the sequel didn’t really work: for example, taking out a somersault and running along the wall on a separate button would help to evade the attacks of evil spirits, if the game weren’t so easy, but in the end, it would only allow you to fool around a little.

And the character of the hero was also profukan. If in the first part Dante had not only a clear motivation, but also a character (it didn’t cost him anything to be rude to the enemy in the face, but in the right situation he gave free rein to his feelings), then in the sequel there was nothing of the kind. But there was an utterly silent and stern protagonist, designed to defeat some evil businessman, simply because there is no one else.

Now you understand why we sang the praises of the third part, right? But now the players are facing a much more important question: should they take a fresh re-release of the old parts of the cult franchise?

And here we need to clarify something. The first three games in the series were released in the early 2000s. And it was a completely different time. And the standards for third-person action games were different, too. Then the fashion for pre-selected camera angles has not yet died out. You scatter a crowd of enemies, and then bam, a frame change, and now the opponents are either not visible, or it’s simply inconvenient to beat because of such a sharp transition. Also inherited from Resident Evil, Dante’s adventures got tank control, which is now difficult to get used to. And to these two problems of the then game design, a third one is added: inconvenient platforming, born just as a result of the above shortcomings. As soon as you are forced to go through the mandatory jump section, you want to cut the gamepad yourself.

To be honest, in an ideal world, Capcom would definitely make full-fledged remakes of the entire trilogy – the originals are too outdated both morally and technically. Animation and graphics now look clumsy, all screensavers remain in the same low quality as they were. Why, in the port, they even spat on the adaptation of game menus, where the picture did not change the aspect ratio. Yes, welcome to the 4:3 ratio, which sometimes turns into, lo and behold, 16:9! But only when you go directly to the gameplay itself. And as a free bonus, you can clearly see the muddy textures.

Alas, Capcom released another lazy port, made solely for the sake of quickly cutting down the dough. It’s worth playing just to combat sudden bouts of nostalgia for the days when you could easily beat any level in five minutes, fill yourself with the highest style rating and still not lose a drop of health. True fans will not care about the above shortcomings. For the rest, we advise you to do with videos from the third part on YouTube. Or take a closer look at the restart five years ago.