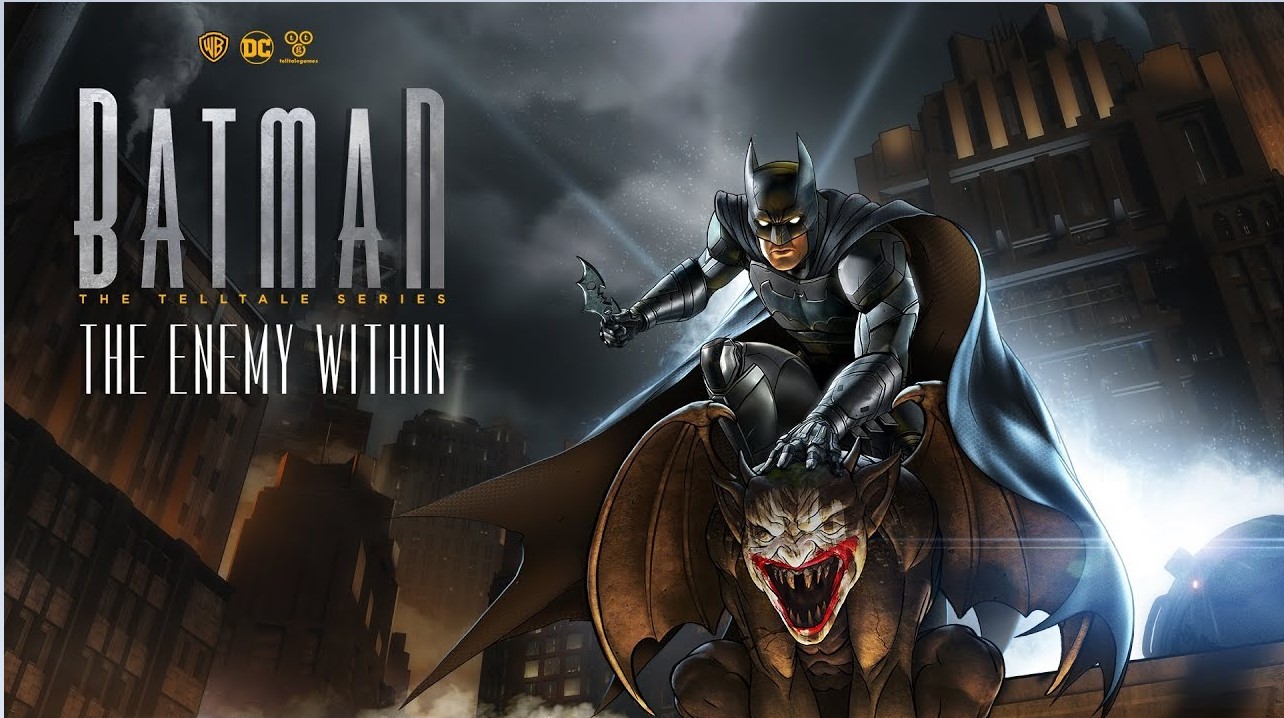 Batman: The Enemy Within

The Joker will never forget this.

When the streets of the city turn blacker than the night. When the abomination of neighborhoods will flow along the split sidewalks like rivers. When it seems that there is no way out of the vicious circle that does not lead to death. Only then will it be time to praise the Telltale Games studio. Contrary to the assurances of experts and the rhetoric of politicians, this dark hour has come. Chase the cops, turn on the bat signal! This night will either become the longest and most terrible in your lives, or it will give gray hope, like asphalt doused with cold rain. Everything will depend only on you. For the first time.

Back in August, when the season of Batman: The Enemy Within began, we timidly hoped that Telltale Games would do everything possible not to let this city down. Then the studio was still working according to a proven scheme, only occasionally indicating that changes are ahead of us. The end of each episode was accompanied not only by statistics of meaningless decisions, but also by strange, at that time incomprehensible clippings. They talked about how each of the main plot characters feels for the Dark Knight: afraid or hate, worried or sympathetic, wanting to kill or become a best friend – and all this in response to the decisions made in the course of the story. What this led to was incomprehensible even to the best detectives of the central precinct. And meanwhile, the denouement of the tangled story was under their very noses.

And here it is: Batman: The Enemy Within turned out to be a non-linear story. With unpleasant restrictions, of which there are already many in Telltale Games games, but here they have ceased to be an obstacle. Whatever you say, even honest people sometimes take up arms in order to fix something and restore justice. There was a twist this season that changed 95% of the entire final episode 5, and small decisions made by Bruce Wayne made the story even more varied. How many times can you play through the game with a markedly different experience from Batman: The Enemy Within? At least two. And how much does it take to see everything in this game? At least four times, and this is judging only by the tops. Avesta, Waller, Gordon and little Fox fill the story with variety, flood with details that cannot be seen, if you do not change your decisions during the replay. And there is another character, John Doe, who becomes the very pointer to the crossroads of destinies, making Batman: The Enemy Within one of the best stories about Batman in video games.

If you go to the right, you will get a cute but sad fifth episode about friendship, betrayal, mistrust and honor. If you go to the left, you will find yourself locked up in a room with a psychopath who dismembers and poisons people. In the hands of the viewer there is a remote control that pushes John Doe in one direction or another, but there is no turning back. He is a psycho, he is very irritable, he is very suggestible, and during all the episodes you can try to turn him to the light. He will not become a lesser psycho, but the harm from his actions may be more modest. And you can let everything take its course and admire the predictable development of the future villain, known to everyone and everyone who has ever heard of Batman and his enemies.

Batman himself this season is much less than Bruce Wayne. The very first encounter with Bane forces the hero to temporarily abandon his gloomy alter ego and try to resolve the matter without masks and cloaks. Sometimes even a word can save someone or make someone fall down, and there are a lot of spoken words here. Unlike Batman – The Telltale Series, the second season is not filled with action, as if Blackgate were criminals. Batman: The Enemy Within is ninety percent purely conversational; but despite the fact that the fights in this sub-series of Telltale have always been at the highest level, hardly anyone will regret the lack of action.

Two words in response to the question “Why?”: plot and dialogue. Here, even the most seasoned villains have motivation. She does not justify them, but helps to understand that sometimes there is no only white and black. The villains here are not classic, parallels between them and the originals can be drawn, but purely for research purposes. In the old way, only Mr. Freeze is beaten, since he had enough tragedy in his background without changes. The rest of the biography was shoveled in order for the moral compass of the viewer to finally go astray. There is no more “chaos for the sake of chaos” and “villainy for the sake of villainy”. The actions of the antagonists have a completely logical goal – to correct their lives or the lives of loved ones, and then, perhaps, finally tie up with the criminal trade. But Batman – the savior of Gotham, led by his principles – prevents them in the same way, as it does in worse written stories. Forgive me, but with such a formulation of the question, everything that happens is better to smoke and rethink. The conclusion will turn into another, more important dilemma: who, in fact, is the villain here?

For such an excursion into moral and philosophical introspection, the authors have yet to answer to the personal psychiatrist of some typical Batman fan. Previously, everything was simple, understandable, recognizable, but now it seems that the writers of Telltale Games have knocked the ground out from under your feet. They again revised and rewrote the classics, but this time they made the story more personal and deep, and even diluted it with non-linearity, which almost never happened before. In a word, Batman: The Enemy Within is perhaps the best thing that has happened to the studio in recent years, and definitely something for which it is worth forgiving it to close all other developments, except for interactive series under licenses. It’s time to love Telltale again.