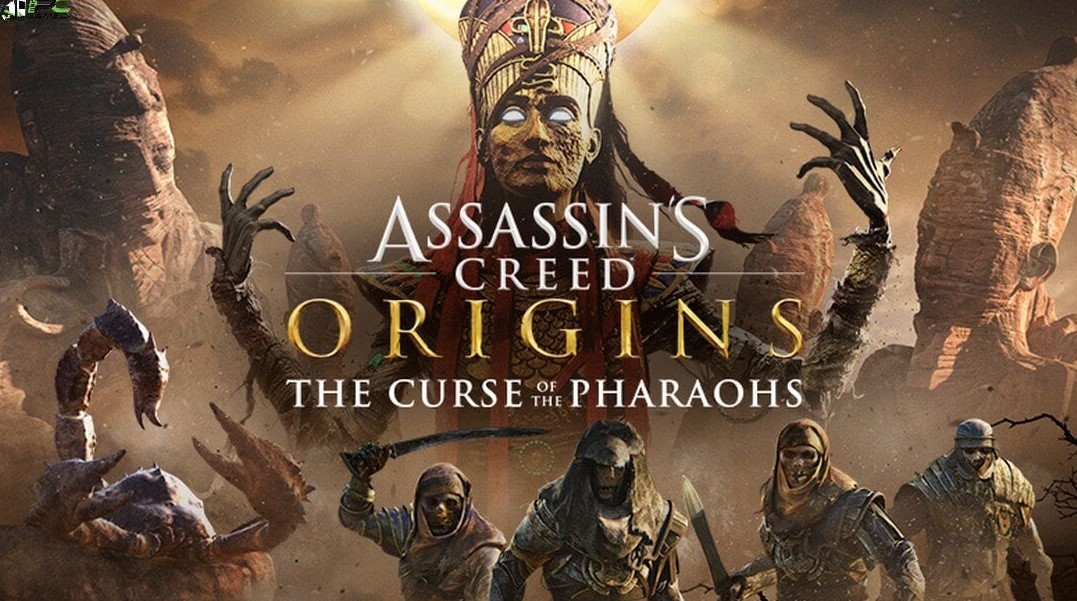 It’s hard being Ubisoft. So you want to create a mystical game in the setting of Ancient Egypt, someone else can just take it and do it – and Ubisoft has already used this setting in a historical-fiction series. If you try to create something similar, but with a fantasy twist, fans will probably start scribbling angry comments, they say, why are you releasing the same Egyptian games twice. And if you add paranormal straight into Assassin’s Creed… no, the series is about science, not about magic, you can’t easily insert fights with revived pharaohs there. Or will it still work?

The Curse of the Pharaohs would have made a full-fledged big game for 45 dollars. But the developers took a risk (or, conversely, did not take a chance – here’s how to look) and inserted a completely inappropriate setting into an already released game. Come what may – what if a ride? Suddenly, gamers are just waiting for the series to abandon something familiar and go further? After all, Egypt is a country of secrets, no one knows for sure what happened there thousands of years ago, what if the jackal-headed guards of Anubis walked the streets, and the revived mummies ravaged the cities? Well suddenly?!

About what the add-on is, the authors make it clear from the first minute. A cursed mummy materializes out of thin air and starts killing people around. This is not a spirit, not a vision of the protagonist, and not even an Animus glitch, but a very real being. This meeting sets the tone for further wandering through the new region of Egypt. Do not expect immersion in history, do not wait for the special influence of the ancient race. Before us is a concentrated action-mysticism in the style of “The Mummy” by Stephen Sommers. Just less humor.

But where there are no jokes, there is scale. Assassin’s Creed Origins

The new territory is twice or even three times larger than the location from The Hidden Ones. And even what is visible on the map is not the entire territory available for research. The developers went to the end and allowed Bayek, the founder of the brotherhood of assassins, to freely travel between the familiar reality and the world of the dead, where there are also several large territories with side quests and “questions” on the map. At some point, you catch yourself thinking that The Curse of the Pharaohs is more worthy of the right to become a separate game than Freedom Cry for Assassin’s Creed IV: Black Flag. There is much more content here, and it takes 15 or 20 hours to completely complete and close all the tasks of the territory.

What’s really frustrating about The Curse of the Pharaohs is that it’s a very strange plot that was thrown into a big new world as if in a rush. Tasks are quite familiar “go, kill, fetch”, but the motivation is barely spelled out. There is a beginning of the plot, there is a denouement, there is a final ritual, but between these events there seems to be an abyss of random meetings that hardly affect the approach to the main goal.

Therefore, the most interesting thing in the new add-on is travel, including the incredibly beautiful worlds of the dead, and cleaning up secrets. There are no scrolls with riddles, which means that there are not many corresponding problems. As for the reasons to do all this, the authors raised the maximum level of the character by another 10 points, allowed them to further upgrade armor and opened up several new useful skills in abilities.

The Curse of the Pharaohs is not a perfect add-on and very controversial in terms of setting, but it is so massive that any other expansion of the previous parts of the series now looks tiny and ridiculous. It’s definitely worth playing.

Devil May Cry HD Collection
Ash of the Gods
To Top