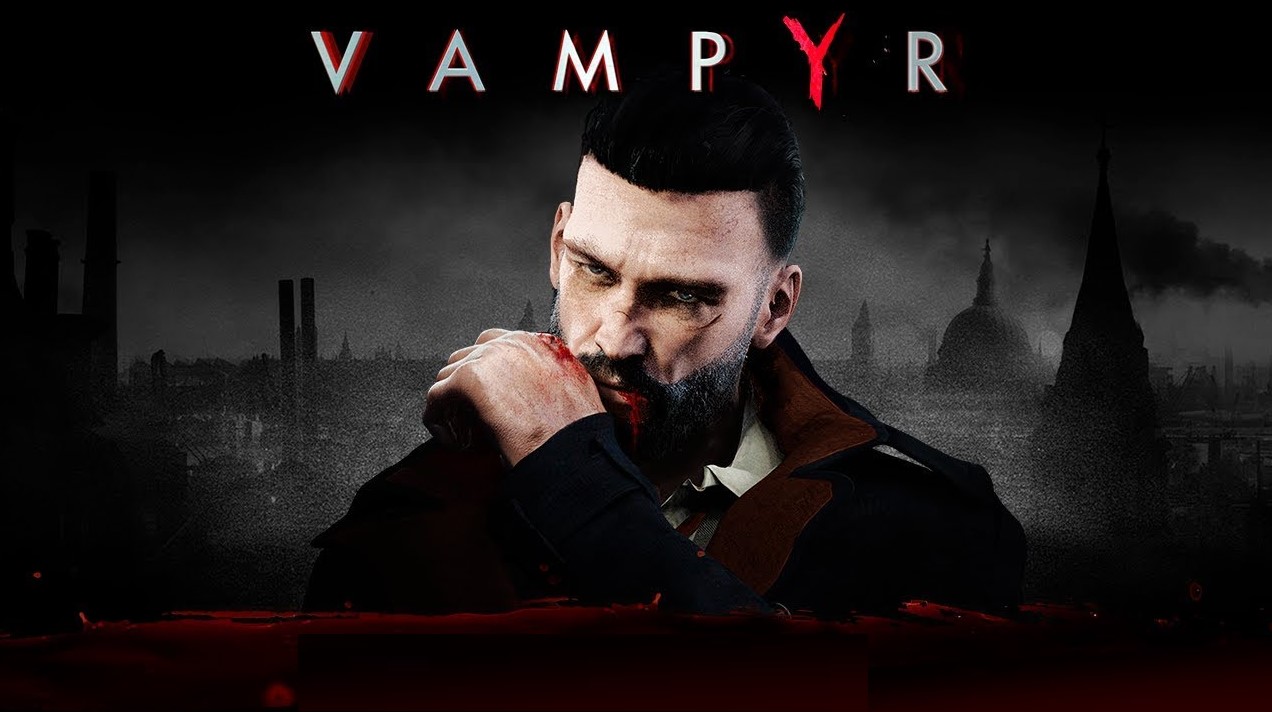 Vampires have been living in world culture for a long time. Even before Bram Stoker and the reign of Vlad III, various ghouls were actively featured in legends and dark tales for naughty children. However, the further, the more romanticized the image of bloodsuckers. Forget about Stephenie Meyer, before her more talented writer Anne Rice made vampires mysterious and sexy enough that every girl who reads her books wanted to get a mystical bite in the neck. Where is our today’s vampire stuck? Does he look like the antagonist of the Nosferatu film, like the sophisticated gothic Lestat from The Vampire Chronicles, or is it Edward Cullen from Twilight sparkling in the daylight? Let’s try to figure it out.

A hero named Jonathan Reed has just returned to his native London after the First World War. It’s 1918, and the city is engulfed by the Spanish flu, causing internal bleeding and leading to bloody coughs and lung destruction in very short order. Because of this, few people are surprised by the corpses smeared with blood on the street – they have become extremely commonplace here. At such a time, London becomes the most convenient place for an endless meal of vampires: in a mountain of corpses, it is easy to hide your victims and avoid suspicion. Only now Jonathan did not die after the attack of the bloodsucker but rose from the mass grave stronger and stronger than he was. Now he is an ekon – a reasonable and powerful walking dead, nevertheless suffering from an eternal thirst for blood and many classic flaws: he is afraid of light, crucifixes, stakes, and silver.

And he is not alone in London. The capital of England is filled with different creatures and people to the limit: rocks, icons, werewolves, vampire hunters, vigilantes, and ordinary citizens who have become the fuel for eternal war. Jonathan sees the essence, even though he can only leave the house at night. He observes what a civilized society is turning into, torn apart by internal war and deadly contagious diseases. And he is also a doctor, therefore he understands a little more than ordinary people in ailments. Now he needs to save the city, looking for the root of the problem and, if possible, fighting the symptoms.

The Dontnod Entertainment studio studied the medical lore meticulously – the players encounter the terminology, rules, and methods of that time quite quickly. However, knowledge does not help much, because much more often you have to deal with murders and socialization. About seven dozen characters walk around the four districts of the city, each of which is associated either with the main or with some side task. These mortals are important to public peace – if they get sick or die, the area will become much more dangerous for the player and it will be more difficult to just run from house to house. If you want to avoid this, then Jonathan must regularly make medicines and treat the ailments of such citizens. Well, if your goal is different, for example, to see the end of society and the pinnacle of your power, then these same characters after treatment, when their blood becomes pure, can be hypnotized and eaten. Oddly enough, the quality of blood and, accordingly, the amount of experience is also affected by knowledge about a person, so you have to look for clues to the biographies of the characters and ask other people about them. Well, to understand that each such death not only gives a lot of experience but also brings a bad ending closer.

In addition, you can become a god over vampires, pump as much as possible and discover all the magical abilities in yourself without killing any of the main characters. Just complete quests and actively grind on the streets. Let the extermination of creatures with hunters not give a lot of experience, but they are constantly resurrected and they can be beaten again and again. Killing nameless people and rocks does not affect the state of the area in any way, so beating up enemies by the thousands does not turn the streets into cemeteries.

The protagonist has a wide arsenal of weapons for both hands, as well as some homing firearms, all of which can be upgraded and endowed with new properties. In addition to the life bar in battle, you should look at the stamina scale, which is spent on strikes, and the blood scale, an analog of mana for magic. However, having obtained a two-handed club at the very beginning, you can forget about everything else: it knocks out enemies with three hits, interrupts any attacks, and also stuns, allowing you to drink enemy blood to your heart’s content. Balance? He is not here. If at first you invest only in passive properties, and increase health and bite power, then at least half of the game can be completed without dying in battle at all. Let’s just call Vampyr: “Bloodborne for the little ones” – there are no blocks here and you must always attack,

As for the plot, it is extremely ordinary. The conspiracies of the vampire aristocracy, the degenerate vampires from the backyard and the vampire hunters that interfere with life are typical urban fantasy without revelations and at least some really radical changes in concepts. Unless the main character is an interesting personality. He really fights to the last for his humanity in a city where people themselves have long turned into animals. Yes, the comparison with Lestat is extremely appropriate here.

Perhaps the only big blunder of the developers, which cannot be fixed with a patch, is the design of London. The streets are very narrow and they all look alike. Only after running 20 hours along them, you can begin to distinguish one deserted corridor with shops and garbage from another, where the signs of the shops are slightly different, and there is a little more dirt under your feet. And it is also worth noting the blocked streets not marked on the map – that’s where the real pain lies. After clearing the entire road, it may turn out that the map has been leading you to a closed gate all this time, and the only real path to the desired location is located in another part of the city. After the second such time, there is every chance that you will hate the level designer and you will not be alone in this feeling. Well, when you go on the sidelines and realize that sometimes the authors indicate very poorly where you need to go, what to look for and how to get there, you will howl worse than a sewer patient with all diseases of the rock. Let’s say, for the sake of one of the side tasks, you need to go around a third of the area, look through an inconspicuous door, talk to the NPC, go up to the second floor, climb out onto the balcony, and from there teleport to the right place. Of course, no one tells you about this route, and the marker on the map can simply fail and point to the ocean.

Still, if you love personal stories, British Gothic, medicine, the ability to decide the fate of characters, blood magic and Bloodborne-style combat, and also have the patience needed to wait for patches that fix bugs, then you are here. If you are strained by the conspiracies of the vampire aristocracy, people with their problems, migraines and coughs, monotonous foggy corridors, it’s better to give up the game right away. Vampyr is not about “killing monsters” at all, although that’s enough here. It’s about “talk”, “understand”, “accept”, and, possibly, “hug” if you’re playing a psycho-bloodsucker.