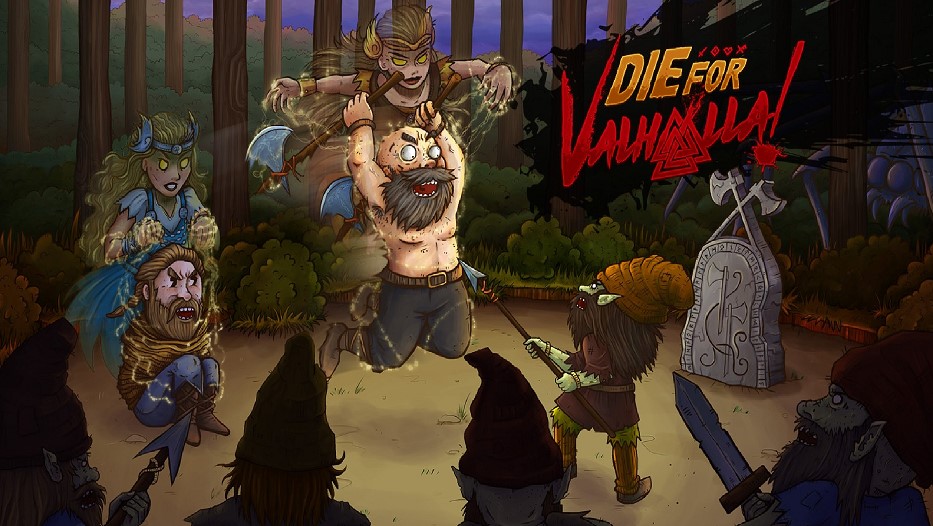 Easy on the wake

Have you been blown away by Viking games yet? If not, then here’s a new one for you, the most frivolous in recent times. Die for Valhalla! – five minutes to a classic cooperative bitmap with a couple of original body kits that add a few fun moments to the eight-hour gameplay, but essentially do not change anything. Let’s analyze this in detail.

You will play as one of four incorporeal Valkyries who do not yet have a name. To earn a name, the heroine needs to gain fame, that is, go through the story in one of two modes: casual beatmap or the simplest rogue-lite. The only difference is that in the first case, co-op comrades can raise each other in case of defeat, while in the second case, the death of at least one member drops the entire level. At the same time, in terms of complexity, both modes are stuck somewhere between “scratch your ass” and “blink twice”. The game is so easy to play and learn that Kirby Star Allies will remind you of Dark Souls after playing it. Do not look at the mode descriptions that promise harsh tests with Die for Valhalla! absolutely any player with vision and two fingers can handle it.

And the fact that the levels are randomly generated here also needs to be only half-believed. A map of locations, barrels, traps, bushes, and graves are generated, as well as the number of enemies thrown at you, but otherwise, they are all the same. There are always mandatory tests, there is always a clearly defined order of appearance of new enemies and bosses, and there are always fences. Even within the framework of one passage, the levels, with the exception of a few elements, are not much different from each other: invariably you go from left to right along a straight corridor, invariably you are stopped for another skirmish with enemies, and invariably you are poured with rain from glory – the main resource in the game.

But before talking about fame, it is worth noting why the authors generally made this casual monotonous clicker … sorry, bitmap. The Valkyrie herself is a weak warrior, dries quickly, and does not know how to jump at all. However, she can inhabit almost any object on the level: a trap, a bush, a barrel, enemies, dead Vikings, and even a fence. So if the “shell” is destroyed, the Valkyrie simply moves into another object or body until she is completely killed. The main vessel for the Valkyries is the Vikings of seven different classes: warriors, mages, archers, bards, and so on, each of which has a main attack, an alternative, and a combo. Using a Viking is much more profitable than just running after enemies in the form of a predatory trap – by killing it, it pumps, it becomes stronger, and if it also fills up with potions, it will become very difficult to stop it.

The leveling of the Vikings is due to the glory mentioned above.Die for Valhalla

In addition to temporary bodies, the Valkyrie herself also swings, discovering new abilities in herself, randomly dropping out between levels. With some luck, already at first, you can create yourself an invincible goddess of death and destruction, since so many amplifiers have some kind of absolutely transcendent power. There is every chance to kill the final boss with a spit.

So, in itself, the concept of Die for Valhalla! interesting, and the authors did their best to fill the journey with humor. Yes, but with neither creativity, history, nor the variety of gameplay, they were able to get close to Full Metal Furies even with a cannon shot, even though they tried very hard. A pale shadow, no more, and it is suitable only for absolutely illegible newcomers to the genre who do not set themselves a single test. Go out with friends for a beer, beat in a local dispatch and switch to something more diverse and interesting – this is the recipe for dealing with Die for Valhalla!