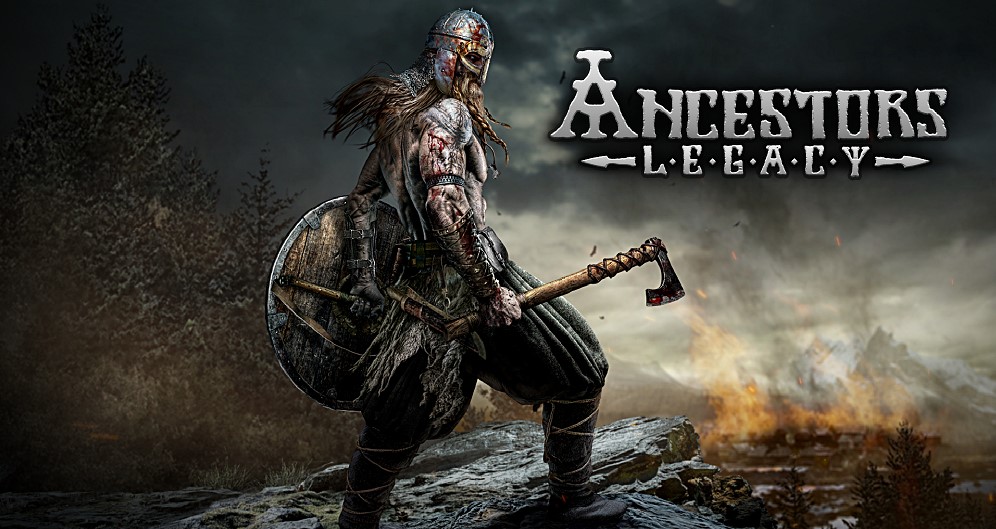 Gopota from the Middle Ages

What to do with wealthy men who have already made a game about a psychopathic killer who terrorizes the city and mows down the population, and another one about a soldier sitting behind a machine gun and cutting bursts of the enemy’s attacking army? Of course, with a new game about how armies of murderers exterminate the population of entire countries – the scale must be increased! Destructive Creations is a bold team with a demagnetized moral compass and iron-clad eggs. With her games, she mocks the champions of morality and shows what their principles really are.

Ancestors Legacy, however, is a bit different. This is a pseudo-historical strategy that tells about the vile rulers of states in the Middle Ages. They only did what they drank, pawed the girls, betrayed their king friends, and went on military campaigns so that they could continue to drink and paw. Sounds very true. Alas, from the point of view of real history, the game is not so, so to speak, “historical” – there are too many plot and gameplay conventions to take what is happening seriously. Take the same Vikings: they arrived, robbed, met the fugitive English, with whom they immediately became friends without any language and religious barriers and together destroyed the common enemy. What in reality took years and a sea of ​​blood ends here in one dialogue.

Well, what to do? There is no time to reveal historical realities, you need to drag the player into the gameplay. Each of the six (and eight for the foreseeable future) campaigns has exactly five levels. There is a wagon and a small cart in them: you need to win the battle with limited forces, or go through the map using the construction of a base and training new units, or stealth missions, or the banal disarming of traps. And also fortress sieges and RPG levels with running around the map to complete quests. Developers take old strategies, put their rules into their game and fill them with modern features. For example, units’ vision range is highly dependent on terrain, time of day, weather, and decorative lighting elements like campfires and torches. You can sneak up on enemies by hiding your troops in tall grass, dig a ditch with stakes on the road in advance,

Of the very rare opportunities, the authors gave their troops types of racks: for example, shield-bearers can completely close themselves from heated enemies attacking them and not lose their own morale, and then raise their shields over their heads, escaping from a rain of arrows (by no means a rare weather phenomenon in world of Ancestors). Put archers behind the backs of your army – and with a high degree of probability, arrows will hit these backs. And if it also rains, then the archers will become the most ineffective type of troops on both sides of the barricades. And the rain does not only affect this: for the most part, no matter who you play for, the tasks of your army come down to killing the villagers and burning their houses, but in the rain, according to the laws of physics, it becomes problematic to burn. But on a dry, fine day, you just have to bring the torch to the carefully placed wagons with hay – and you can safely enjoy the show.

Destructive Creations did a good job with the graphics this time as well. Even if the textures themselves are not from AAA blockbusters, the light and video effects with reflections make the picture incredibly beautiful. When an army of barbarians breaks into a village and burns it down to the firebrands, it looks just magical. And since the game is mature and not developed by Creative Assembly, all of our favorite gore-guts are available immediately and without paid patches. Within a second of a battle or a banal genocide of a fishing village, all your warriors are covered with dark jam from head to toe. To demonstrate this, the authors have attached to the game the ability to turn on a cinematic camera that removes the entire interface and closely monitors the selected squad of units, and also sways in Hollywood style during the battle. Separately, it’s good that in the battle the soldiers really fight each other,

That’s just there is one significant “but” – the enemy here is fabulously stupid, completely blind, and catastrophically deaf. Did it suddenly rain arrows from the sky? Well, what kind of weather does not happen in Europe, we will continue our patrols. Half the village is on fire, peasants are running and yelling everywhere, women on fire are escaping from their homes through smoke and ashes, only to stumble upon the swords of crazy Normans? Hmm, maybe His Majesty ordered the settlement to be redecorated. Some victories in Ancestors Legacy are achieved not by perseverance, skill or cunning, but by the fact that the enemy is sometimes not able to resist, only attacks in waves in a straight line.

The second claim to the game is much more insignificant:Ancestors Legacy

very few units can be taken under command – only ten. Whereas AI has much more at its disposal and can easily defend several towns located on the map at once and go on the attack at full strength. On tactical missions, such a modest number of warriors is justified for the player, but on full-fledged strategic missions, where there is a war for resource points with sieges, much more soldiers are needed. Defensive structures often simply do not cope with their functions, since the number of buildings at each base is very limited, and enemy archers reach much further than archers sitting on the player’s towers. So you have to disperse your already few forces, spend a lot of time on “mining” the roads, and go to the main plot city only then, when he killed an hour or two to clean up the rest of the map, so as not to get stabbed in the back. For some games, such a scheme would be very suitable, but in Ancestors Legacy, by the second campaign, methodical cleaning begins to tire.

However, were the old strategies ideal? Ancestors Legacy tried to be like them, took the gameplay that many players miss out of a dusty closet, and made the result playable and spectacular. The authors coped with the task, the rest needs to be treated with patches and additions.