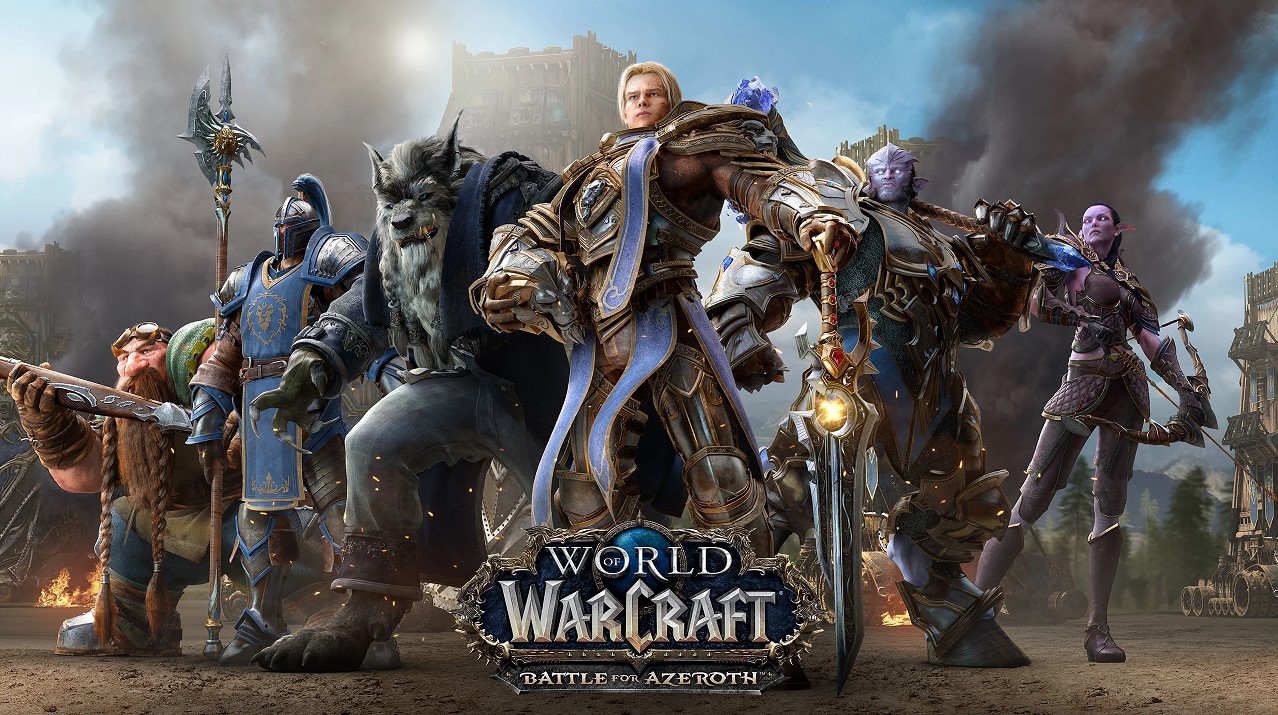 World of Warcraft: Battle for Azeroth

Battle for Azeroth will have to be scolded reproachfully. And for this there is no need to remember the events of a decade ago, to lament over the times of the classic “barren chat” and cozy gatherings at the summoning stones in Burning Crusade or Wrath of the Lich King, because the new addon is still significantly losing even to the last “Legion”.

However, why “even” if Legion turned out to be perhaps the strongest addition since the showdown with the Lich King? For all its shortcomings, such as the ruined “alto-breeding”, the war with Sargeras caught up with the necessary epic and made the player one of the most powerful heroes in the world. And the presentation of the story, although it was slowed down by artificial means, was clinging to the very essence and some kind of drama. The paladins survived the assassination of Tirion Fordring, the death knights were engaged in the resurrection of Sally Whitemane in a new role, the mages were looking for traitors in the Order of Tirisfal, and the robbers were fraternizing with Vanessa van Cleef. Yes, in fact, the class adventure was only an appendage to the epic about Argus, but in quality, it often surpassed it by ahead.

and for this, you have to play both the Alliance and the Horde, and repeated passages already cause some irritation, because by the maximum level 120 you have time to explore two and a half of the three faction locations. And how many questions to the plot itself! The story has never started so chaotically: for example, the roof of Sylvanas Windrunner went so suddenly that for at least some understanding of what happened, explanatory videos and comics had to be re-released. And still, attempts to explain the motivation turned out to be unconvincing: numerous representatives of the Horde torment the forums with angry messages from the category of “I am not a fascist” and “she is not like that”, trample on the banners of Orgrimmar and vote for the Saurfang-2018 movement, whose founder sits in Stormwind behind the ramparts of Ashenvale along with its big-eared inhabitants. And on the surface of all this lies the realization that they decided to destroy the Undercity and Teldrassil only in order to finally make the Eastern Kingdoms a “blue” continent, and Kalimdor a “redone”, forcing the warring parties to search for a powerful fleet for the final battle. Here, by the way, everyone remembered the troll empire of the Zandalari sailors and shipbuilders from Kul Tiras.

What’s funny is that both of them are doing almost worse than the Alliance and the Horde. King Rastakhan of the Zandalari and Lord Admiral Katherine Proudmoore is desperately stupid, make dubious alliances, and have more traitors than friends in their own circle. How such short-sighted and weak gentlemen managed to rule for so many years is a mystery. However, despite the similarity of situations on the ground, the stories of the factions are quite different in terms of the atmosphere: the Alliance is offered a sip of pirate rum with an impressive pinch of Lovecraftian spirit, and the Horde revels in a mixture of African voodoo with Aztec mythology. In both cases, they did their best here, adding convincing music to everything else, although the locations look somewhat empty. But in general, it is the entourage that is almost the strongest side of Battle for Azeroth.

Advertised innovations produce a rather ambivalent impression. Azerite, which replaces the power of artifacts, with which you can now upgrade armor, reduced the dependence of the player’s power on one thing (as it was in Legion), giving the right to choose and leaving the principle itself. The decision is probably the right one, but as the game progresses, a sad realization pile up the farm hasn’t gone anywhere, it hasn’t become smaller, it just took on a different name.

World of Warcraft: Battle for Azeroth

The second innovation is the “war mode”, which can only be turned on in the capital of your faction. With its launch, the character begins to receive increased rewards, additional experience, and the ability to use PVP talents in the open world. However, the price for such a luxury is the legalized probability of snatching off the lyuli from the representatives of the opposite side around the corner. For those who care about their own nerves, the decision is priceless, but for those who want blood and see a hippie who doesn’t “target” and calmly swings on your quest monsters, it’s very doubtful.

What I really want to scold Blizzard for is the allied races. No, the idea is a certain chic, because there has not been a new fauna that can be played since Mists of Pandaria. But what did the Horde actually get, for example? Repainted orcs, Tauren with elk horns, nightborne, behind whose animation banal night elves are hiding, and trolls that are still inaccessible without scoliosis – this is not exactly what I would like to see on the screen as a result of the tireless “wanker” reputation and in half of the cases in interiors of outdated content. But the world of Warcraft is full of interesting and truly original races like nagas, materials, or arakkoa ravens, there would be a desire to realize. Alas, not this time.

Expeditions and Warfronts are another of the developers’ timid additions, although the brief adventures on the islands in the company of two allies that lurk behind the first definition are similar to Pandarian scenarios. The difference lies in the fact that here we are always talking about one plot – group looting in a dedicated area, the purpose of which is to personally enrich Azerite in a race with the opposite faction. The second type of pastime, which is, in fact, RTS with the direct participation of the hero in the process of war, looks more interesting, but how much it will be able to captivate players, in the long run, is still an open question.

At the moment, Battle for Azeroth, despite the pathos in the title, is the most ordinary addition to World of Warcraft from all that came out. The unwillingness or inability to give subscribers something fresher than a couple of modes and half a dozen locations is now playing a very cruel joke with the addon. The events that take place end in nothing and serve only as a pretext for other pretexts, often at the cost of the absurdity of the characters’ behavior. Hunting Malfurion is a breeze. The siege of Lordaeron, with all the pumped-up epic, ends with zero losses in the camp of key characters. The initial slaughter in the Broken Isles in Legion with the dead Vol’jin and Varian Wrynn is perceived after that almost as greetings from the Game of Thrones. The stiffness of Blizzard is felt in almost everything as if half of the project was done by outsourcers who are afraid to screw up in front of the customer.

However, hope is still alive, because Battle for the Azeroth, like Legion before it, showed at the start, probably, only half of all its content, and the last short film “Faces of War” directly hints at a sickly batch not only with the Alliance or the Horde. But evaluating expectations is a thankless task. In its current form, the add-on is not unequivocally bad or boring, but it does not catch on and looks more like an impressive Legion patch than an independent unit. It’s sad that the strongest points of the addon are the atmosphere borrowed from various sources, the efforts of the composers, and the CG movie that precedes the game. This is enough except for the most Warcraft-addicted.