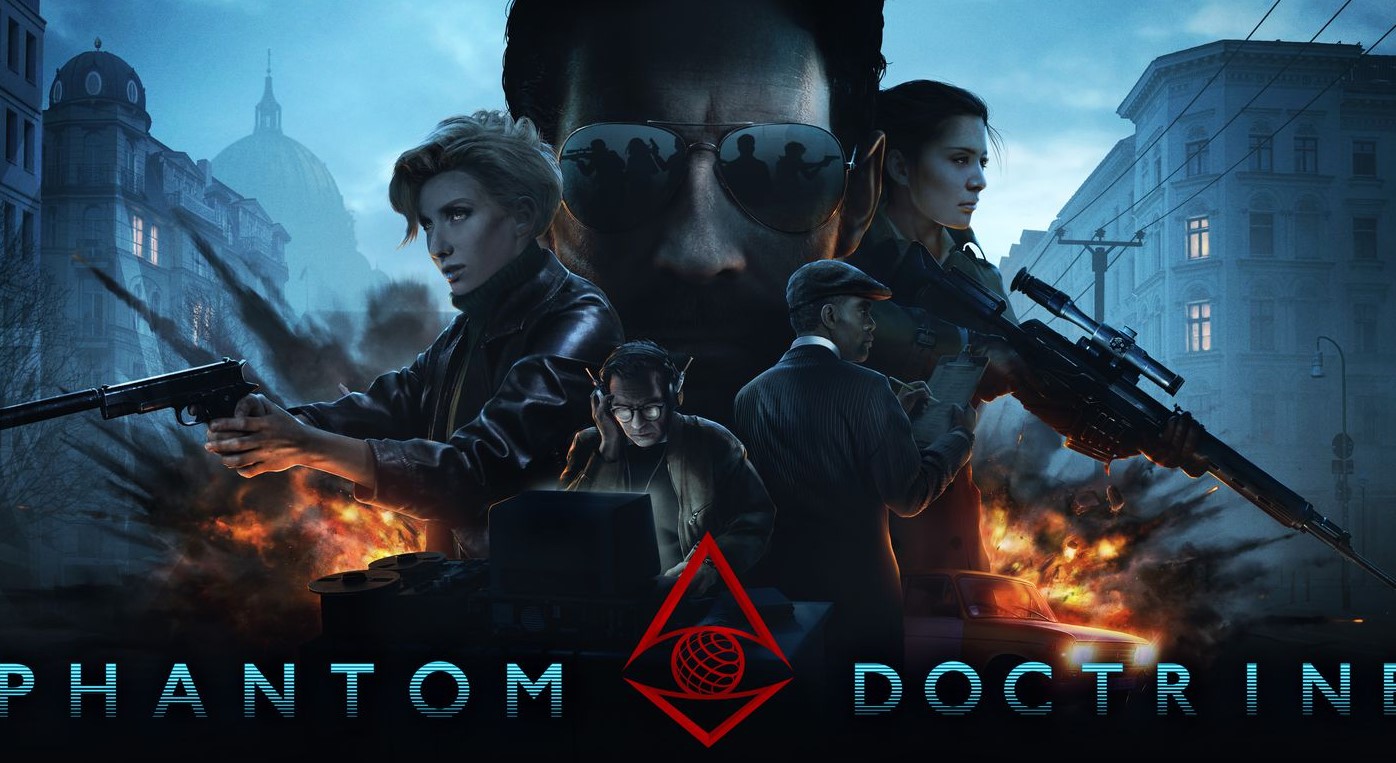 Dear readers, are you familiar with Operation Silent Storm? Remember these luxurious graphics, knee-deep grass and walls breaking from a grenade explosion, searching for evidence, and convulsive movements like bellies under heavy fire? And what about panzerklines, which equally effectively destroyed both the environment and the balance? So here you are not there.

Phantom Doctrine is subtly similar to Silent Storm and a bunch of other XCOM-like games, but compared to them, it looks like a snotty fifth-grader who sneaked into prom in 11th grade and saw a drunken striptease on the table for the first time – rather strange and sometimes funny.

And it all starts in earnest – with the choice of side. The player is invited to become a brave KGB agent or a vile CIA agent (you can change adjectives depending on your own worldview), and in the corner of the menu looms a campaign for a third party, which you can try only after completing the main story. Having chosen the office, you have to sculpt a character in a simple editor, which, however, allows you to build a cartoon spy in a raincoat, hat, and huge glasses. Having created his alter ego, the player immediately falls into the Cold War. The atmosphere is already heated to the limit, and then the drawings of the newest Soviet submarine managed to be stolen, so it is urgent to deal with this!

It is proposed to understand in a classic style.Phantom Doctrine

The organization has its own base where you can heal and upgrade agents, make useful things for them, make fake currency (suddenly!), Conduct investigations, and do other interesting things, but that’s later. At first, there were only a couple of agents, the office is the size of a small closet, and enemy spies roam around and smile carnivorously, so you need to spin like a squirrel in a centrifuge.

The main action takes place on the map of the USSR, where call-up signals flash every now and then, meaning that it is necessary to immediately send an agent to the place, or rather a couple, to find out what and how. “Yes, how” is different, sometimes it turns out to find an informant and get useful information or new equipment from him, and another time an operative can be ambushed or find an enemy agent – you will have to immediately send reinforcements and start subversive work. We managed in time – it will just turn out to thwart the plans of the enemy. Well, if not, then you will have to take up arms and go to deal with old-fashioned methods.

I would like to say that tactical skirmishes are the heart of the game, but this is not the case. Local battles are rather crooked legs, albeit briskly carrying them where they need to be. The phrase about the fifth-grader was not just like that: where serious games have chess (moving on the belly, aiming, and other percentages of hitting), the doctrine has a game of “Chapala”. Did you see the enemy? They fell in his direction, they will sort it out there. The rest is wrapping paper with a ribbon. Scouts do not want to squat and move in a plastic way, but they can so be it, sit down near a table or window so that they don’t glow so much. Aside from a few fun elements, the rest goes smoothly: running, shooting, and using abilities.

So that the players do not get bored at all, the developers have added the Assault and Patrol functions to Phantom Doctrine. The first allows two agents to break into a room at the same time, destroying all living things along the way, and the second is the only way to make an agent who sees an enemy reptile in his field of vision immediately send him a lead gift.

The maps are small and rather detailed, but something good cannot be said about the general level of graphics: everything is very budget-friendly and indestructible: as it is glued, so be it, and there is nothing to throw around with your grenades. But your subordinates can break through glass doors and windows, and they love such actions so much that even if there is a door nearby, they will still break through the glass with their heads. Bodies can be hidden, just like in Hitman, but for some reason only on medium difficulty and below – only on high, corpses freeze to the floor. His Highness is balanced and not capable of such a thing. The tactical part was good, but no more. The main thing is not to rush and carefully look where the stairs are, otherwise, there is a considerable chance to run past and die ingloriously in some corner. However,

As with Hard West, the developer’s previous game, Phantom Doctrine puts more pressure on the story. It is in the disclosure of its intricacies that the main interest sits, and indeed the whole non-tactical part is very addictive. There is absolutely no time to rest on our laurels, you constantly need to send agents somewhere, find out secret data, and then sit on the board in the old fashioned way and connect the revealed names, nicknames, and places with each other, such analytics allows you not only to move along the plot but also to open new, both friendly and enemy agents. History, however, is very much lacking in irony, everything here is stupidly serious, pathetic speeches about moles and traitors sound (including in Russian, by the way, albeit with such a terrible accent in some cases). But the plot is interesting to watch, and indeed, this part of the game is seriously addictive, small tasks fall:

Phantom Doctrine came out easy to learn and not devoid of fun features, and its bugs are quickly treated. Another question is that a whole crowd of blacks, Spaniards, and other foreigners can roam the USSR under your command, the authors do not care at all about the disclosure of such agents, and okay. The game turned out well, and as an aperitif before a potential main course, it’s generally wonderful. This, however, has not yet been seen, but it is all the more pleasant that this game came out at a moment of calm.