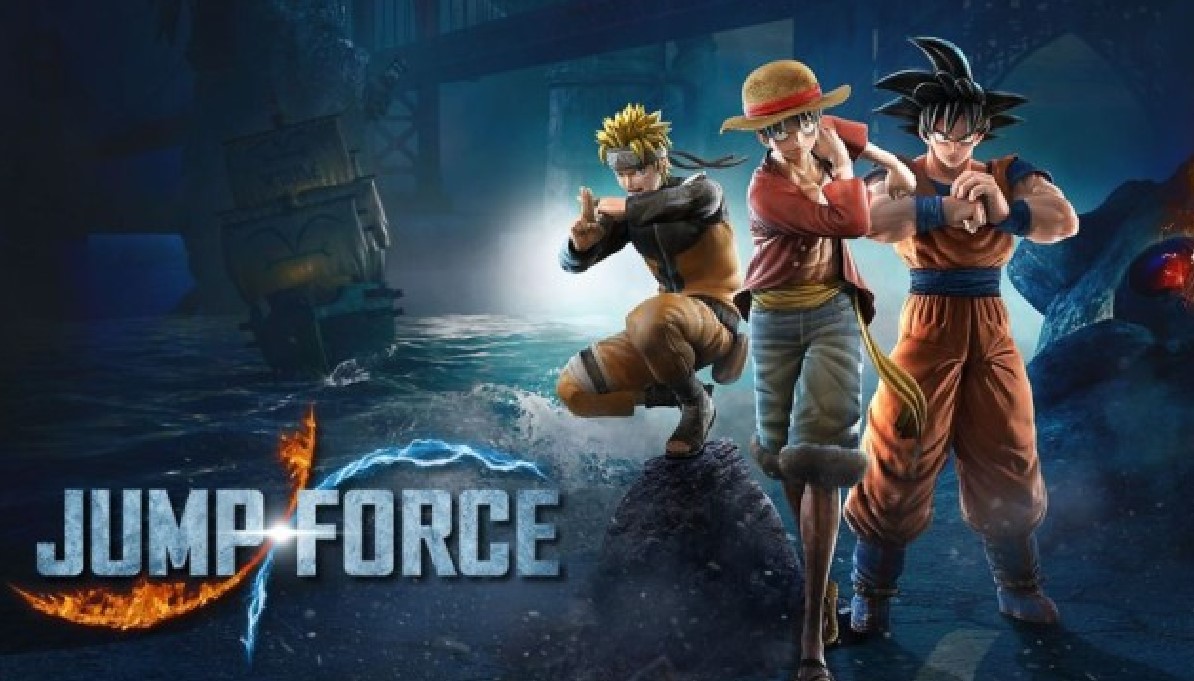 Jump Force is a good and moderately entertaining fighting game. The combat system of the game is bright, relatively easy to learn, and pleasing with a workable concept of counter-counterattack. The characters from Weekly Shonen Jump, while looking like plastic models, look great in motion and are executed with amazing detail, right down to the gradual damage to the clothes in exactly the same way as in the original series. And the fighting styles of the heroes are transferred with fanatical meticulousness. In general, everything that directly concerns fights is done here, if not at the highest level, then certainly at a high one. Fighting is fun and enjoyable. The game’s problem is different: it’s the same Dragon Ball Xenoverse, only short and devoid of even that small gameplay variety that existed before.

It would seem like a great idea to take a crowd of heroes from the legendary weekly Weekly Shonen Jump and make them interact. Moreover, five years ago this was already successfully implemented in J-Stars Victory VS from the same development team. But no. All battles in Jump Force are strictly one-on-one. It is only allowed to change the active fighter in a team of three characters and use support attacks. And already from this fact alone, interest in the game begins to cool. After all, what was the coolness of the same Xenoverse? In the opportunity, together with friends, to participate in group battles with a much stronger or more numerous opponent. Jump Force doesn’t smell like that.

And it would be nice if these were duels where you have to consistently remove three opponents, as in Dragon Ball FighterZ, but no. For the entire squad, both the player and the opponent have one life scale. What’s the point of a three-man team then? The interaction between them is minimal, and the ability to use different attacks is leveled by the presence of their own custom hero, who can learn most of the signature moves of the other characters. And in general, most often it is easier and more reasonable to play with your own avatar with a set of techniques that is ideally adjusted for you. And this is in a game dedicated to the fifty-year history of the Weekly Shonen Jump magazine, full of dozens, if not hundreds of memorable personalities.

Actually, the need for characters from WSJ, in principle, is limited to just one fan service. The plot of their appearance is justified as conditionally as possible. Boo, strange zombified alien wars have attacked the Earth. Bam, characters from racial Japanese comics appeared along with them. But in the struggle for the liberation of the planet, they definitely need the help of a silent protagonist who fights no worse, but at the same time knows how to steal tricks better than Goku, and indeed, is much more suitable for solving all problems.

And after all, the decision to focus on the user avatar was clearly the central idea of ​​the authors. The backbone of the game is built on the customization of your personal hero. If you want a cool-looking character, buy suits. If you want powerful – buy and improve techniques. Where to find the money? That’s right, missions. Is there any reason to go through them, other than getting cash and a periodic loot drop? Minimum. In story missions, new fighters are opened for non-story ones. But these heroes are needed only to discover new tricks for a custom avatar because anyway, you go through everything with them anyway. Characters from WSJ do not even get a banal change in the color palette. And from embarrassment when using the same characters from different sides, even the view from behind does not save.

This approach is immensely depressing and discourages any desire to delve into the game. If you are making a fan service project for numerous anime and manga fans, then take a cue from the best projects. Make with an eye on FighterZ, not Xenoverse, while depriving all the charm of the original. And after all, if the game were a naked fighting game without a plot, a hub instead of a human menu and a customized hero, it would be much better. If only because there would be a real reason to fight with the heroes of Shonen Jump, for which Jump Force seems to have been done.

Jump Force is a good fighting game that gets killed by the tinsel surrounding it. And in an attempt to load the game with all sorts of unnecessary rubbish, the developers managed to break all three components of the Weekly Shonen Jump motto. Instead of “Friendship”, the player is waiting for “Loneliness”. Instead of “Diligence”, we see “Laziness” of the authors who simply copied the Xenoverse and did not even try to spice it up with an interesting plot. And instead of the joy of “Victory” – the disappointment of “Defeat” from the realization of the stupidity of this game.

The Division 2
Metro: Exodus
To Top