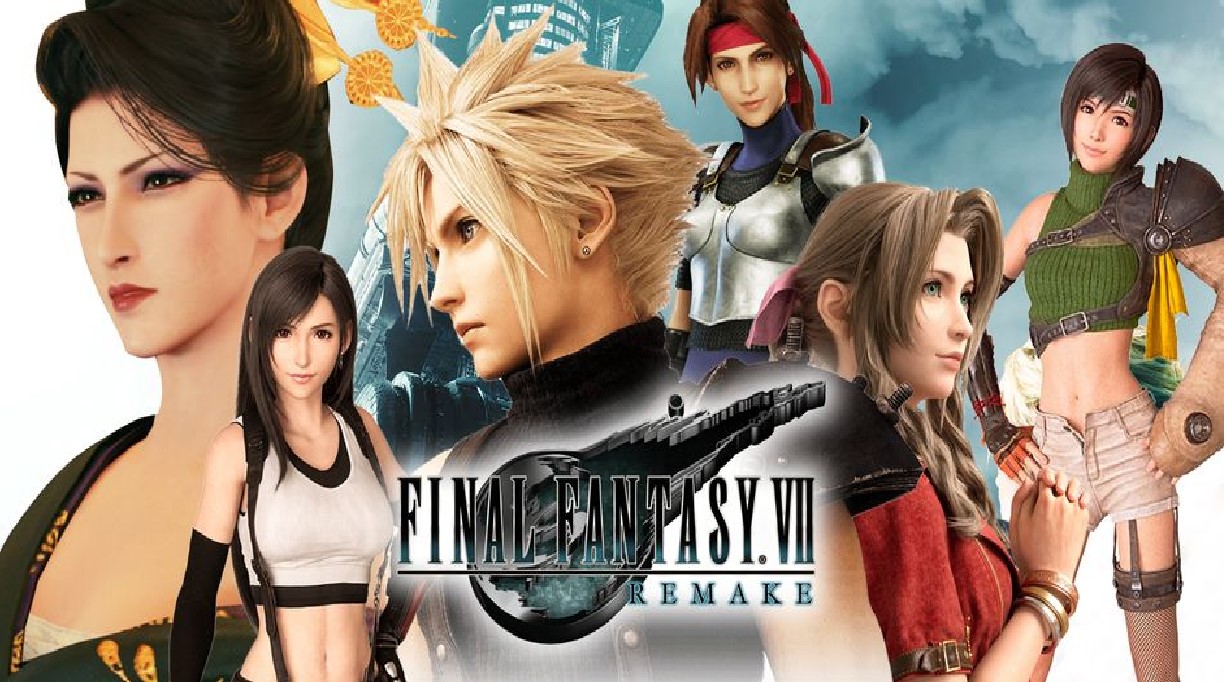 One can long and stubbornly carry on lengthy disputes about which “Fialka” is the best, without coming to an agreement. But at the same time, one has only to say the phrase “Final Fantasy”, as in the minds of a huge number of people, many of whom have not even played any of the parts of the series, the image of a needle-haired blonde with a huge piece of iron behind his back will appear. Final Fantasy VII may not be the “best”, but she certainly was and still is the face of the series.

And now, 23 years after the original release, a remake of the legendary game appeared to the world, or rather, it’s rethinking. More precisely, the first of an unknown number of conceived games. And Tetsuya Nomura is also responsible for the remake, under whose leadership Kingdom Hearts III was riveted for 13 years. So before us is the first (and perhaps the only) part of the remake-rethinking of the legendary Final Fantasy VII. And to say that the result came out good would be a very big understatement.

Visually, Final Fantasy VII Remake is simply stunning. The updated character designs amaze with their elaboration and abundance of details, not even in comparison with the original (which would be funny), but next to the quite big-budget CG film Advent Children. Texturing of clothes and weapons, cutouts on equipment for matter crystals, Tifa’s boobs successfully covering half the screen a couple of times, enemy designs that managed to make even the strangest monsters from the original look natural in the more realistic world of the remake – everything looks new at the same time, and extremely familiar. The same goes for environment design. The slums of Midgard have undergone a fair amount of processing compared to the original isometric locations, but the visual style and atmosphere are not only fully conveyed – they are in many ways superior to the original in terms of a sense of the doom of the existence of the local population. When the textures are loaded, of course.

Yes, most of the time FFVIIR is definitely a beautiful game. And most importantly, it also works great. There are rare cases when you can see a drop in frame rate that is noticeable to the eye. But this is done through classic tricks with loading detailed textures and limiting the animation of distant objects. In exchange, the game more than once or twice demonstrates its ins and outs, not keeping up with the movement of the camera. And what is more surprising, some of the textures are initially displayed in frankly low resolution, which looks especially strange in scenes where one off-screen picture is used to create the illusion of a huge city, which looks like an upscale of the backs of the original game. However, against the background of the dynamism of the gameplay, such things quickly cease to be evident.

And yes, despite the fact that the remake has enough segments aimed at more or less calm exploration of the world and immersion in the atmosphere, the vast majority of the time you rush at the speed of an express train from battle to battle. And they are, without exaggeration, great, and the updated combat system can be safely called the ideal evolution of the not everyone’s favorite Active Time Battle.
In its current form, the central mechanics is almost pure real-time action. Very fast and spectacular, albeit based on only two types of attacks on the character (except for Barret, he has four of them, depending on the weapon). But in addition to these two types of attacks, all magic, all special moves, and the use of items are tied to the charge of the same ATB, as it was in the original. Thus, a fairly deep tactical system suddenly intervenes in intense combat, requiring constant control over the entire battlefield, forcing you to regularly switch between characters in order to stimulate the accumulation of ATB charge and prompting you to systematically prepare for battles through the weapon pumping system and competent organization of matter crystals between heroes.

With the first leveling system, each of the characters can get at their disposal six variants of weapons, which can be modified and developed as the hero himself gains experience. Yes, this means that you can absolutely safely go through the entire game with Cloud Strife’s Buster Sword, only occasionally switching to new swords to learn the techniques tied to them. And this system has exactly one bright flaw: in the worst traditions of the series of skill selection menus, they made it as beautiful as possible at the expense of convenience. Where a simple list of abilities to discover could have been enough, the authors depicted a cosmic system of weapon cores with skill satellites, albeit pleasing to the eye, but annoying having to move through it in search of the desired element at a snail’s pace.

The second pumping system was transferred almost unchanged from the original game – meaning the development of matter. Materials Crystals can be added to almost any armor and weapon, giving you access to spells and individual abilities. And as the active use of magic in battle, the crystals develop, allowing you to use more powerful spell options. And just like in the original, matter effects can be combined in paired slots. The only significant change can only be called that now the player has access to the equipment and matter of characters who are not in the active party, which opens up access to more effective pumping of the skills of all heroes. And it will be required because the game has more than enough difficult opponents. Especially if you are going to re-pass on a high difficulty, unlocked after the end of the game. And you may well have such a desire because at one time you will not be able to see all the content in any case.

And yes, ultimatum FFVIIR is a typical story-rail jRPG. But even here there are enough small decisions that affect both the details of the plot and the branches of side quests (only two, but the fact remains). Moreover, the choice is not tied to a simple answer in some dialogue, but to the style of play and how much attention you pay to side tasks.

As for the scenario, the authors with Nomura at the head chose, perhaps, the most effective approach: to take the most important and memorable plot points of the FF7 prologue and lay new rails for them. With the maximum interspersing of cinematography in all scenes and deeper character development: both the central characters and tons of new and old minor ones. First of all, this affected the Shinra Corporation and the Midgard Avalanche cell under the leadership of Barret. If in the original the trinity of Jessie, Biggs, and Wedge were mostly spitting, now these are characters that you mostly sincerely empathize with. Especially Jessie, who suddenly evolved into an incredibly charming girl who brazenly steals her every scene and competes with Tifa and Iris at least on an equal footing, even though the stars of the original and in the remake are more than good. It’s only a pity that Wedge has remained the same predominantly unfunny comic relief he was in the original, and even in his moments of heroism, he manages to look like a clown. But Shinra has lost its monosyllabism: now it appears not as the focus of corporate evil, but as a place of work for people with different worldviews and values ​​in life, both among office clerks and among ordinary soldiers who are ready to come to the aid of people after a terrorist attack.

Well, in general, the remake with all the plot changes turned out to be an excellent and successful rethinking of the original right up to the very end. In which the feeling does not leave them feeling that the authors were trying to shove an excuse for any upcoming changes in the plot of the following parts (which is actually meaningless, because the word “Remake” in the title is enough), and some producer from Square Enix in the best traditions of the Shinra Corporation forced to add a couple of elements in accordance with market estimates. As a result, it seems that in the final they went too far, and instead of a pleasant aftertaste from an excellent game, not the most pleasant aftertaste remains. However, not everyone will agree with this – the ending is clearly the most controversial element of the novelty.
But even if you end up on the side of those who did not like the decisions in the ending of Final Fantasy VII Remake, it will still remain without a doubt an excellent game that is more than worthy of attention both as a reimagining of the original and as a standalone work. Moreover, even with the errors of Final Fantasy VII Remake, it is many times better than the last licensed part of the series. Therefore, do not waste time, because the mako reactor will not blow itself up!