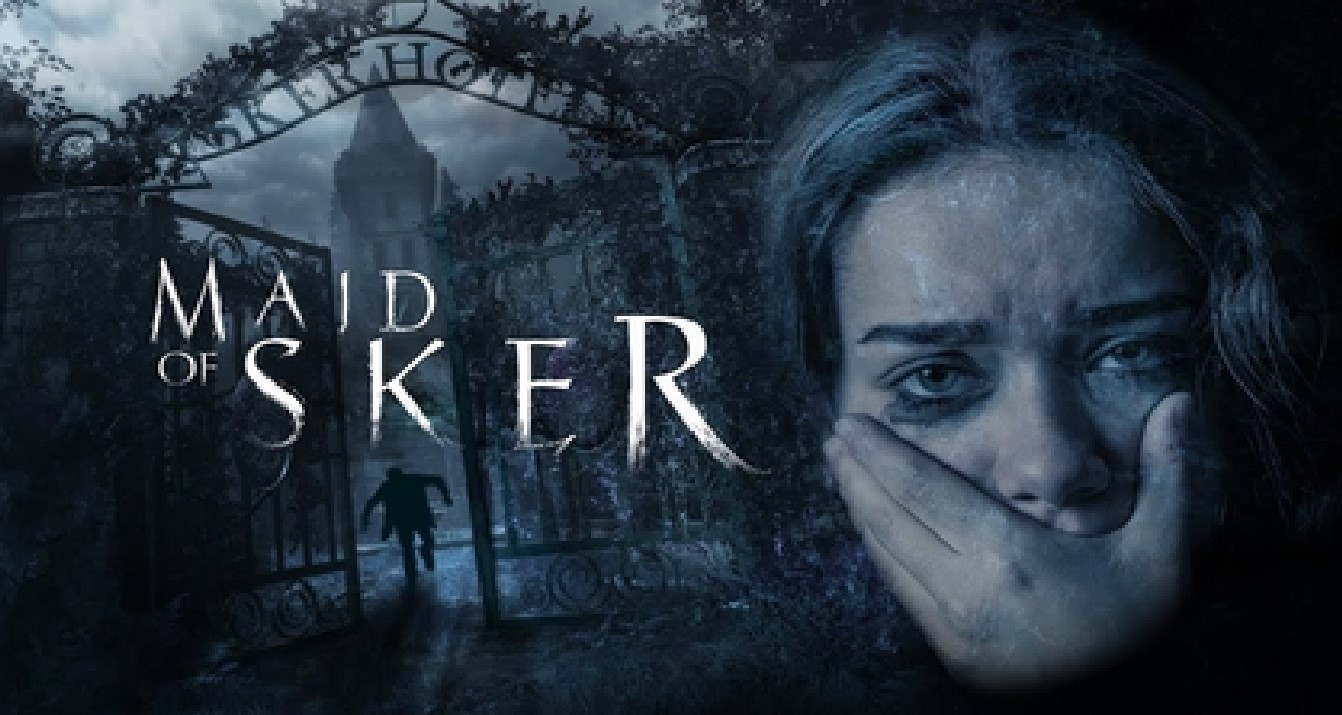 A small clearing of horror games from the first person by 2020 is already pretty trampled. Who was not here, including fans of Cthulhu and the Blair Witch. Even Her Highness Resident Evil deigned to come. In general, they are already sitting tight, and even overgrown with offspring. It takes a fair amount of courage to enter here, but the creators of Maid of Sker weren’t afraid of the competition.

The problem is that courage alone is not enough, it is also desirable to have something original in your bosom. And with this Maid of Sker no luck. The indefatigable desire of the authors to pull ideas from everywhere plays a cruel joke with the unfortunate horror, from which minimally covered pieces of genre goods constantly lookout. Predictably, they borrowed most of all from the last Resident Evil: here you also have limited saves in special rooms on high difficulty (a gramophone is used for this, not typewriters, but the latter are also found regularly in the rooms – so that no one misses the “homage”), and a hefty unkillable bull (not a Tyrant at all!) as one of the bosses. However, talented borrowing is not yet a vice, and interesting games are forgivable and not so … but this applies to Maid of Sker in so far as.

classic Victorian horror movie about a hotel, In fact, we have a classic Victorian horror movie about a hotel (where another hero is called by another lover), except this time with cultists instead of ghosts. The enemies are men with bags on their heads, who see almost nothing, and therefore focus only on the sound. And it could have been an interesting element if it hadn’t been so clumsily executed. The hero, as usual in such games, is weak and can’t do anything – initially in Maid of Sker he was trained only to covertly squat and cover his mouth with his hands.

A little later, they give a special device with interchangeable charges, which allows you to discourage the bagheads and run away, but the thing is that this is practically not required – you can safely move behind the enemies and not really worry. Mostly, mouth covering is needed in dusty rooms and near fireplaces, when the hero considers it his duty to cough. Plus, a little later, indistinct flasks with a purple haze appear, which seem to be thrown by the enemies themselves (you can’t make out in the dark), – this rubbish is also desirable to run through with your mouth shut. Actually, this interaction is exhausted.

There are already two types of ordinary enemies:  a thin man with a bag on his head and a fat one, but flaunting a naked torso. Maybe they differ in some other way, but it’s not so easy to make out, because in Maid of Sker, as it should be in such games, constant twilight reigns. The creators love the effect of diffused light, and therefore they shove it almost everywhere, the place and not very much. Almost the entire passage takes place as if in a light fog – even in dark rooms. The graphics of Maid of Sker are also not without problems: sometimes everything is very nice, the game with shadows, the light from the windows, and so on, but sooner or later you will definitely stumble upon the smeared texture of the PS2 times, which will ruin everything. Or on interior elements that have already been seen a dozen times – the scourge of budget, repetitive environment, Maid of Sker has not bypassed.

But it’s okay, they forgive and not like that, you just scare it properly, make you shy away from every shadow and run away with a screech to the other end of the room, hiding under the bed, bulging your eyes. Bewitch with an interesting plot – and everything will work out, well! Admittedly, the game even tries a little, occasionally tossing scripted scenes that make you wince, but there are very few of them. The plot is served in various notes and telephone conversations with a young lady sitting in the attic.

Actually, at a certain moment, the plot even begins to intrigue, but the problem is that no one really tries to keep the created intrigue: already in the middle of the game, it becomes clear what is happening and what to expect from the ending. True, there are two endings, but they are separated from each other by the choice of a replica in the final conversation.
Another annoying nuance – for a game scripted and gameplay based on sound, it is very mediocre. Something constantly creaks and crackles, but it’s completely impossible to understand by the sound of steps where the enemy is going.

The hero can touch the furniture, and it’s kind of dangerous, but it’s hard to understand whether you hit it or not – it’s not accentuated by sounds. But after severe injuries, the hero begins to whine and wheeze disgustingly, which stimulates the search for healing tonics worse than the fear of death. Oh yes, you can still look for clockwork dolls hidden everywhere, tracking them by the melody being played, but is it worth it?. In general, the game has rare interesting moments, good (albeit predictable) endings, pleasant (in some places) music, and an excellent map that greatly helps to navigate. It can be seen that the creators tried, but in general, it turned out to be a rather boring and not at all scary adventure. But here you can pet the dog! Very soon, such a technique will cease to deserve even a mention, but so far these times have not yet come.