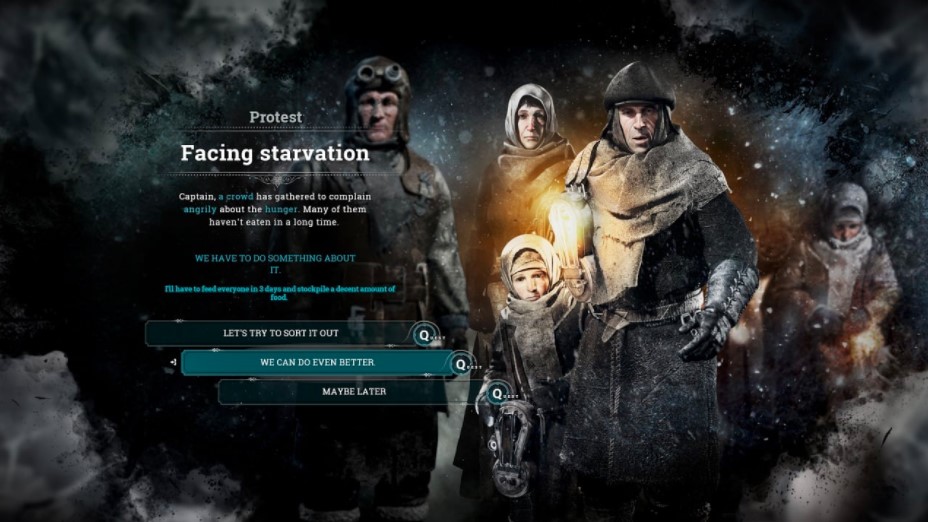 Frostpunk is an economic strategy game, a city building simulator in extremely harsh climatic conditions, where there are no wars, but there is a main enemy in the face of a global cooling. The staff of the 11 bit studios main office worked on the creation of this project. The official release of the game took place in April 2018.

In technical terms, we have before us a three-dimensional strategy game, with a top view, a simulator of the leader of the surviving population of people in the Arctic cold. We have to deal with the issues of settling the settlement, and the main task imputed to the player by the developers is the condition – to hold out for 45 days without losing a critically large number of human lives.

The plot tells how, in the second half of the nineteenth century, during long volcanic eruptions on planet Earth, the sky was clouded with clouds consisting of volcanic dust. The sun ceased to adequately heat the planet’s surface and a global cooling occurred.

British scientists created heat generators in the Arctic ice, underground, but Great Britain itself soon ceased to exist as a power, and now, our group of survivors must go to these generators and build a new city around them called New London.