Six years after the release on mobile platforms, World of Tanks Blitz has made it to the Nintendo Switch hybrid console. How is it different from usualWorld of Tanks and should you play the blitz version?

Roundtrip
Initially, World of Tanks Blitz was developed solely for one purpose – to release “Tanks” on smartphones and tablets. The full version, which at that time was only available on PC and Xbox 360, was absolutely not suitable for mobile standards. First of all, because of the gameplay, which meant control using many buttons and long game sessions: one battle could go on for ten to fifteen minutes. For “mobile phones” this is extremely high 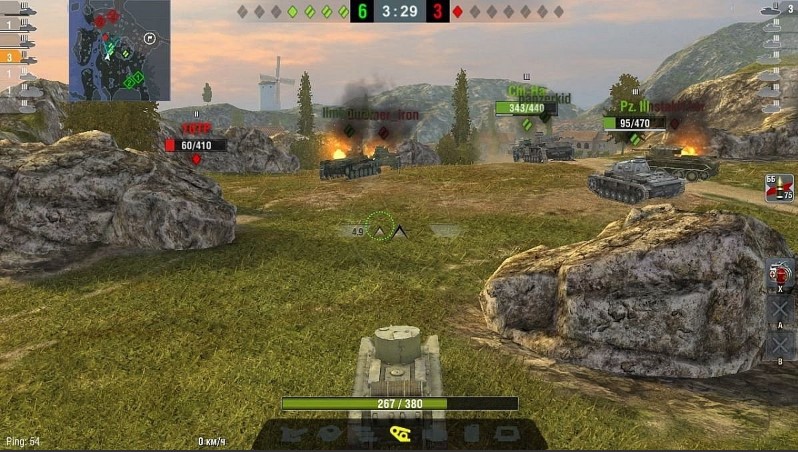 And so Blitz was born – a multi-fold accelerated variation of WoT. In it, the number of players in each team has been reduced to seven, the cards have “shrunk” to five hundred square meters, and battles usually take two or three minutes. The vehicle fleet is smaller and many mechanics are either simplified or redesigned for a better experience on mobile platforms. For example, the physical model in the blitz is optimized so as not to load low-power smartphones’ chips.

For a long time, the game developed as a younger sister of World of Tanks, gradually adopting new modes and adapting techniques. However, after a while the project gained great popularity: many people liked the high dynamics and low entry threshold. As a result, the game migrated from iOS and Android to PC and Mac, where it moved from a secondary product to a line of full-fledged Wargaming.net projects. The circle is complete: the mobile version of the PC game has returned to its domain.

Fast, faster, faster!
It’s strange that World of Tanks Blitz has become available on Nintendo Switch just now, because this console is ideal for such a game. First of all, because it can be played both on a large screen and in handheld mode using the display of the console itself. In this case, the game supports both input from the JoyCon or Pro Controller, and touch control. So it will be convenient for everyone to play: both console players and mobile. 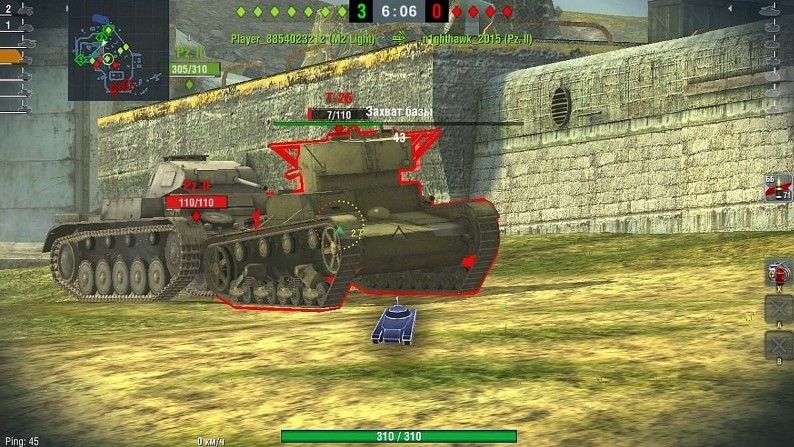 The gameplay is completely identical to versions from other platforms: we go through a little training, get a starting set of equipment and get in line for a battle. There are seven modes in the game, ranging from the classics with the capture of the base and ending with insane battles on the moon with low gravity. The list of thirty available cards also migrated from other versions. There is also complete order with technology: more than four hundred models are available to choose from. It will take years to discover everything!

As noted earlier, battles in World of Tanks Blitz are dynamic and fun. After loading the map, the player has literally a few seconds before opponents appear on the horizon. During this time, you can manage to get to the nearest shelter in order to conduct positional shooting, but many players in the “Blitz” release in the corners prefer shunting combat. Both tactics are good in their own way, and the best players try to combine them according to the situation.

The big advantage of the Nintendo Switch version of the game is its technical execution. The game runs stably at 30 FPS, and demonstrates graphics that are almost on par with the PC version. Some effects are “cut”, but overall the visuals are excellent. Unless the resolution is small, only 720p, but this is more than enough for the Switch’s screen. When connected to a TV, the resolution rises to 1080p. This is possible thanks to the increased power consumption from the docking station. 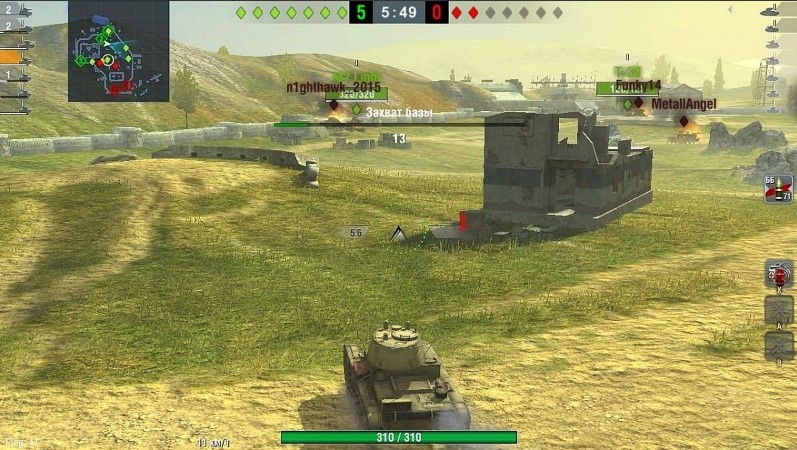 The Switch version also boasts the ability to aim with a gyroscope. In sniper mode, in addition to the standard aiming with the help of the right stick, you can slightly adjust the sight by slightly tilting the console to a certain side. The same option was in the portOverwatch , and the players loved it. In Blitz, she is also in place.

Tank economy
When it comes to free play, the issue of monetization cannot be ignored. There are three types of resources in World of Tanks – credits, gold and experience. Credits and XP can be earned on the battlefield. For experience, new equipment and improvements for it are researched, and all this is bought for credits. Gold is a premium currency that can be exchanged for credits and experience. And, of course, gold is required to purchase premium status, additional equipment and boosters, as well as exclusive equipment. 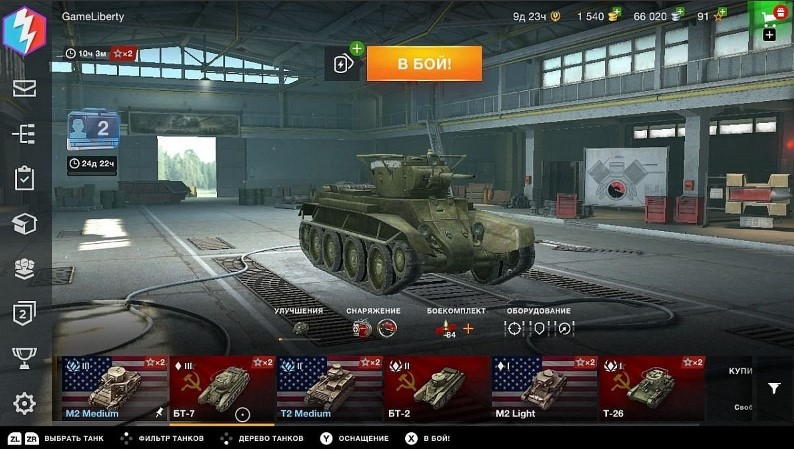 The same model is used in other Wargaming.net games. Many people think that it encourages those who donate, and in general it is. Premium tanks are always slightly more powerful, and gold rounds are slightly more effective than regular ones.

Nevertheless, most of the bonus features are related to the acceleration of progress, and buying a “golden” tank will in no way protect against a well-aimed hit by the most common shell from the most ordinary tank, at the helm of which an experienced player sits. All tanks, both regular and premium, are balanced with an emphasis on realism, so you can’t buy victory in this game.

World of Tanks Blitz was released six years ago, but is still relevant today. The game performed well both on mobile platforms and on PC, receiving positive feedback from players on Steam.

The release of the game on Nintendo Switch is a great opportunity to join one of the most popular free online games of the moment. Especially if you do not have a powerful phone at hand, but you still want to play portable

Remake XIII Review. When the industry was taken over by flashback berries
Review of Marvel’s Spider-Man: Miles Morales. When exclusive status won’t save
To Top