If you read the news, you already know how the players took the remake of the once popular shooter XIII . During the passage, I tried to be as unbiased as possible and gave the game new and new chances to prove itself. However, by the end credits, everything finally fell into place: the developers decided to feed the fans with nostalgia alone, behind which there is nothing at all. Remake XIII is a criminally bad game that tries to sell itself solely by name and past achievements.

Hit, shoot, miss
I went through the original game at the time of release and was quite impressed. However, over 17 years, memories have disappeared almost completely, leaving only an unusual appearance in memory. Therefore, the first launch of the remake really knocks out a mean nostalgic tear.

Cell-shading, which turns game graphics into interactive drawings, was considered very innovative by 2003 standards. Our hero runs with a weapon at the ready as if through the pages of a comic: especially effectively defeated enemies are highlighted in a small window, the speech of the characters is displayed in pop-up bubbles, and the whole environment looks cartoonish. 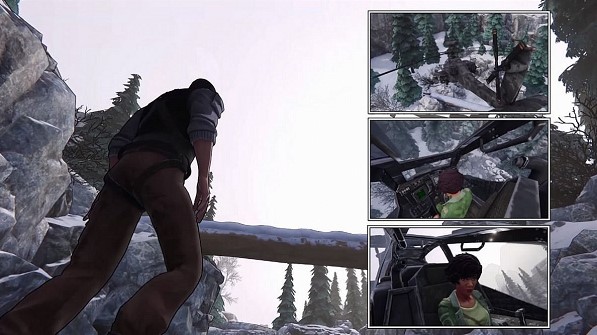 It was the style that became the hallmark and the strongest side of the game, captivating players and critics. Thanks to him, XIII forgave many other sins: monotonous gameplay; albeit diverse, but boring and gut-like locations; outdated graphics, which were still visible even behind the spectacular picture.

The plot of the game caused a lot of controversy: someone called it an interesting spy story, and someone called it unthinkable nonsense. Refreshing memories, I would still call it intriguing. It was the story of an agent who had lost his memory that was one of those fragile twigs that helped me to hold out until the finale, despite the intermittent narrative style, which makes certain plot cutscenes seem accidentally cut out or lost. Compared to other aspects of the game, this is not such a serious sin. 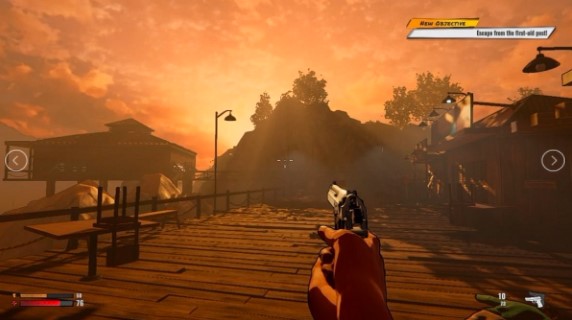 Of course, first of all, from the remake, we expect updated graphics. It really got better (still, 17 years have passed), but all the other mechanics have remained at the level of the beginning of the century. We are still offered to pick up weapons from an impressive arsenal (from a throwing knife to a sniper crossbow), grab something from objects that are not nailed down (from a mop to an ashtray) and appreciate the total dullness of using this wealth in a battle with boring enemies.

Do you remember, remember? I remember
Considering that we’ve gotten a lot of pretty lousy remakes and remasters like Need For Speed: Hot Pursuit ,Assassins Creed 3 orMafia 2 , it seems like the flashback berries from South Park have taken over the gambling companies. Time after time the player is tried to feed a dish entirely consisting of nostalgia.

Yes, the game has a great style, and 17 years ago it was cool and unusual. It’s just over the years that we have seen games in black and white (LImbo , The Saboteur ), and acidic (Rage 2 ,Far Cry New Dawn ), and in the comic book (The Wolf Among Us ,Void Bastards ). INPerception, we were even allowed to play for the blind in a first-person view. Today the player can no longer be surprised by simple village shading. The publisher makes a languid face and says: “Do you remember how innovative it was in 2003? Remember? We remember” 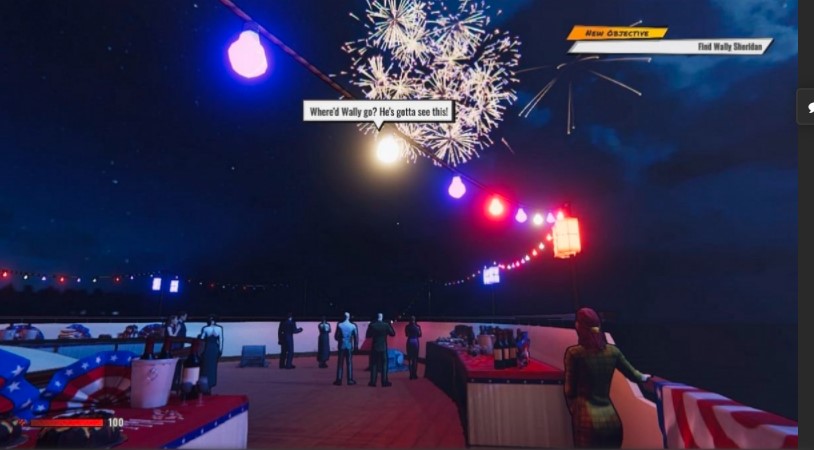 The shooting mechanics feel totally outdated. Killing enemies is simply boring. All weapons are executed uninteresting, and enemies practically do not react to hits. AI is not capable of more than taking turns to break into the door already littered with corpses, where a disappointed player awaits. Sometimes NPCs do such desperate nonsense that you yourself feel ashamed. Once a crowd of enemies buried in the wall was waiting for me in the room. Apparently, they hoped that I would break in, breaking through a concrete barrier. “Do you remember that it used to be fun to shoot, but artificial intelligence was considered adequate? We remember”. 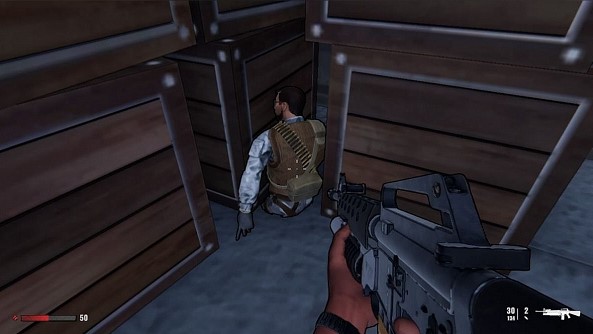 Boring shooting isn’t the worst part of the remake, however. After all, sometimes we are offered completely broken stealth and platforming. Even after completing the game, you can hardly understand how exactly they work. For added fun, of course, we are offered levels that are entirely built on these mechanics. They feel so archaic that a developer who respects the player must either rework or cut them. “But it was so in the original, remember?” Unfortunately, we remember.

Cherries on the cake – bugs and optimization. On PS4 Slim, FPS drops unacceptably often, and scripts that work every other time make XIII one of the most buggy games in history. Some episodes, like Dementors, suck the vitality out of the player. So, on one of the last levels on the secret base (which, of course, you need to go through “stealth”), my doors were constantly buggy. Well, they just didn’t open – that’s all. To fix them, you had to start the whole level all over again, and this is 20 minutes of exciting gameplay. After one boss fight, the plot tells us to take the unconscious person to a safe place, but I just… evaporated. What to do? That’s right, go to the beginning of the location. 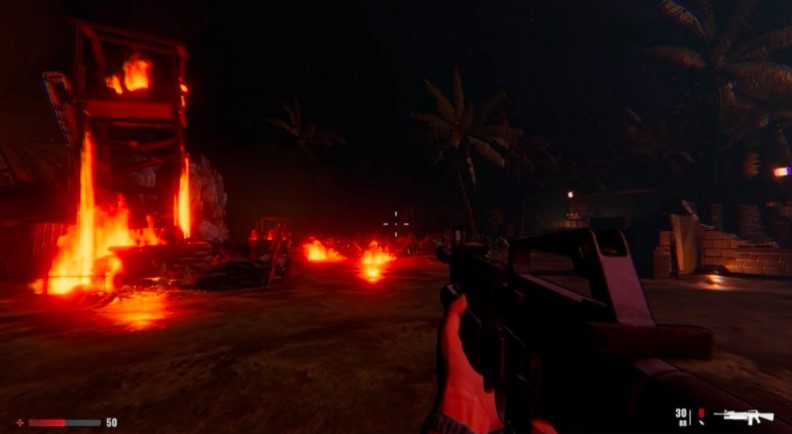 My sound broke countless times. The musical accompaniment died down, the weapon stopped clicking (or vice versa – the sound of the machine gun fire stuck), and the voice of David Duchovny, to which the protagonist spoke, turned into an intermittent incomprehensible mess.

In short, it’s easier to list what works in the game. The same style is trying to get the situation out of a completely complete hopelessness, but soon it drowns in a swamp of flaws.

Amnesiac but not Nameless
Since 2003, XIII has obviously become outdated on all fronts, and the remake hasn’t refreshed it at all. Still, we are not talking aboutPlanescape: Torment that ages like an expensive cognac. Obsidian and InXile may release a dozen more sophisticated isometric RPGs, and playing for the Nameless One will still be just as interesting as in ’99.

In a world where there are games with such great shooter mechanics as in Doom orDestiny 2 , the place for XIII, alas, is hard to find. If anything a spy thriller is trying to keep up with, it’s in value. On Steam the game is sold for 999 rubles, and on the PS Store – for 3759. This is the price of nostalgia. 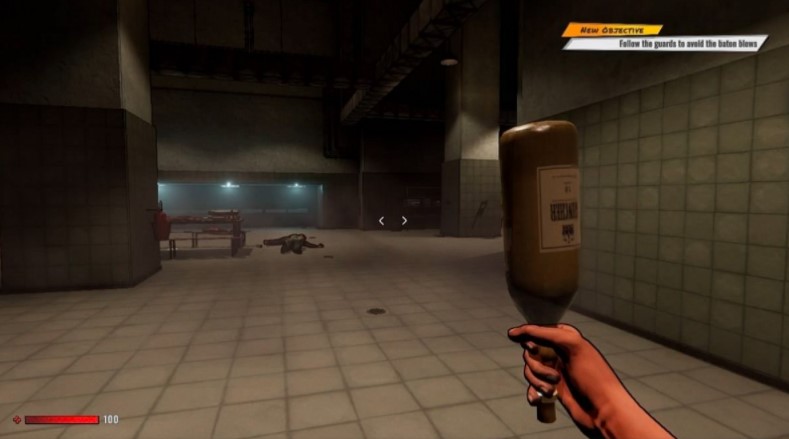 In general, one gets the feeling that the XIII remake was absolutely useless. The publisher decided not to spend any effort or budget. The developer (and this seems to be the first independent project of the PlayMagic studio) did not bother either. By the time of release, the game was definitely not ready, but both sides imposingly gave up on it. “And so it will do!” It just didn’t come off. Indeed, in the current state, gamers do not need this game either, and patches are unlikely to radically change the situation. XIII has already failed, give up hope everyone who enters here.

If the original was born as a result of love and ingenuity, then the remake should be called simply soulless. Playing it is like chewing on tasteless gum. Theoretically it is possible, but why? Don’t you have more worthy projects in your backlog?

Review of the reissue of Kingdoms of Amalur: Re-Reckoning. Good game and bad remaster
Review of World of Tanks Blitz for Nintendo Switch. Armada in your pocket
To Top