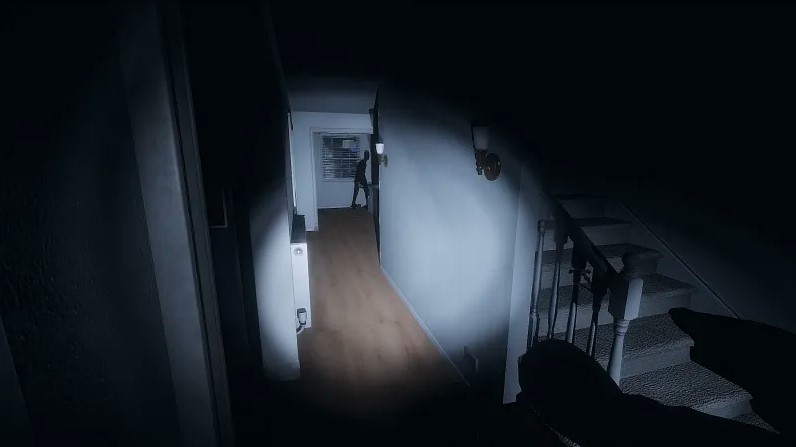 Throughout history, people have constantly looked for ways to scare themselves. The not quite healthy attraction to thrills constantly pushed us to experiments – entire cultural layers are devoted to stimulating one single feeling – a trembling fear of the unknown. Tickle the nerves in quest rooms, giggle nervously over bikes around the fire, read a fresh from the darkopedia for the night, squeal from terrible faces in cinemas – there are plenty of ways to raise the level of adrenaline in the blood nowadays. 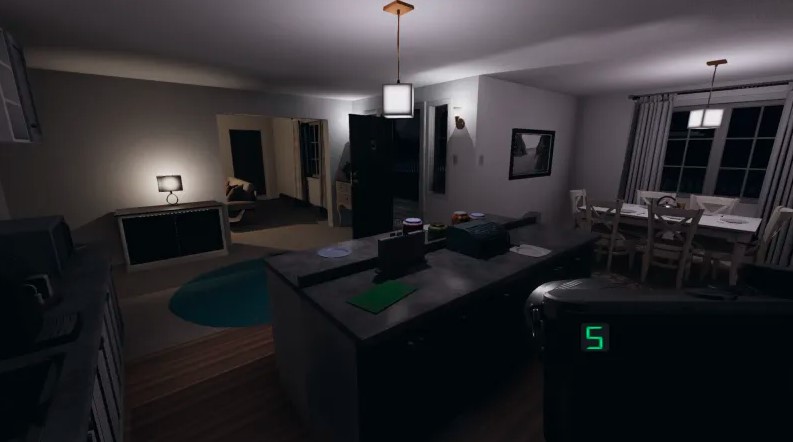 The gaming industry also did not stand aside and is actively exploring the depths of human consciousness in search of the perfect way to shake a couple of bricks out of the hungry – the horror genre, undeniable by high budgets and outstanding box office receipts, evolutionarily migrated to the camp of independent creators, whose hands are untied and whose eyes are burning with the fire of the immense enthusiasm. Unfortunately, sculpting chilling masterpieces is far from being as easy as it seems at first glance – unlucky igrodels break their spears against a banal ignorance of elementary human psychology and cover their shame with obscene volumes of dirty screamers. The debutants from the small British studio Kinetic Games also decided to try their luck in this field and show the whole world their understanding of how and what to be afraid of. Phasmophobia(scientific name for fear of the otherworldly) – a cooperative simulator of hunters for restless ectoplasm, is just starting its way through the thorny field of early access, but heart-rending streamer screams of horror that have torn a lot of the audience’s eardrums made it clear that the nut is not so simple. 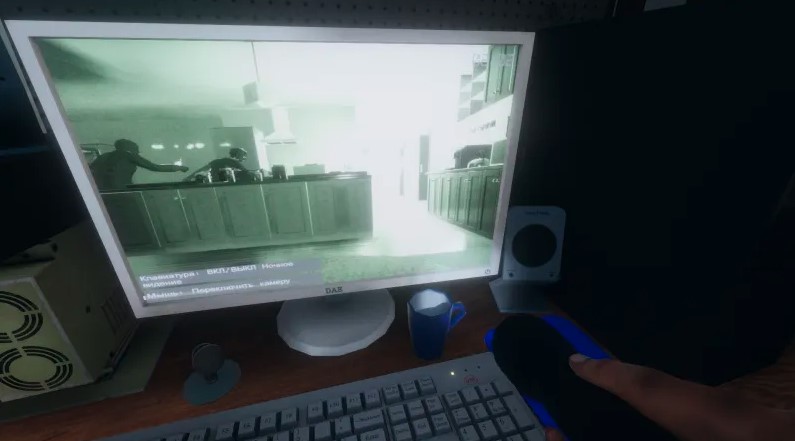 So, having collected the faithful brothers, testicles in a fist and equipment, the team of not timid dozen is sent to the next distress signal in order to study the violent evil spirits, collect more data and dump for good. Having landed at the facility under the cover of a thunderstorm or moonlit night (and nothing else), you need to distribute the equipment available in the arsenal and go to the facility in search of clues that play a critical role in determining the type of ghost. There are twelve of them, of these types, and each differs from each other in temperament, influence on the environment and possible vulnerabilities that can help temporarily neutralize the foe. 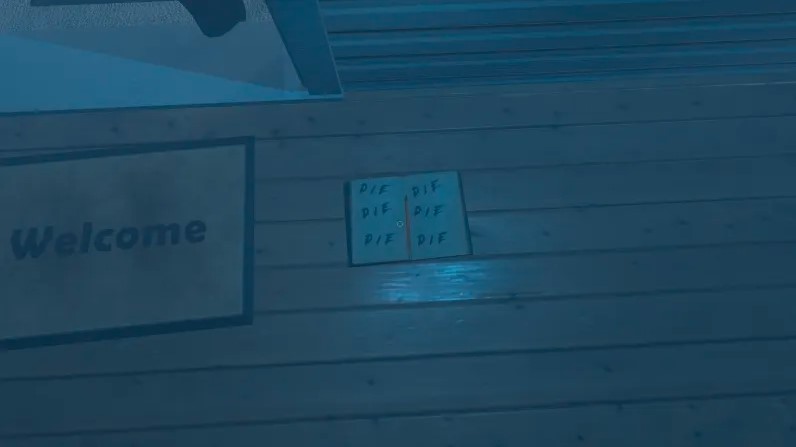 First of all, it is worth noting that you can play alone, but the whole point lies precisely in teamwork and, most importantly, in collective fear – the degree of the atmosphere grows much more, thanks to the violent reactions of impressed fellows. The battery of projectiles used by the game to bomb the players’ nerve cell stores is completely devoid of screamers, offering a much more competent approach with a bias towards realism. Moreover, instead of the usual for the horror genre of ominous mansions with bloody graffiti on the walls, five of the seven currently available locations hospitably greet us with perfectly serviceable electricity and cozy home interiors. And only a constant low-frequency hum, pressing on the ear, signals with a red light that something is wrong here. And so, the edge of his eye notices that the lamp standing on the bedside table barely blinked, and in the next room someone Sighing sadly, he invisibly flipped the switch. Then somewhere in the hallway, a picture falls almost silently from the wall, but someone from the squad notices it on the floor and starts to panic slightly, conveying the mood to the rest of the team, and with a creak, a cabinet that has opened a little or a phone that rings somewhere, insert their five kopecks into an atmosphere of stifled nervous chuckles. 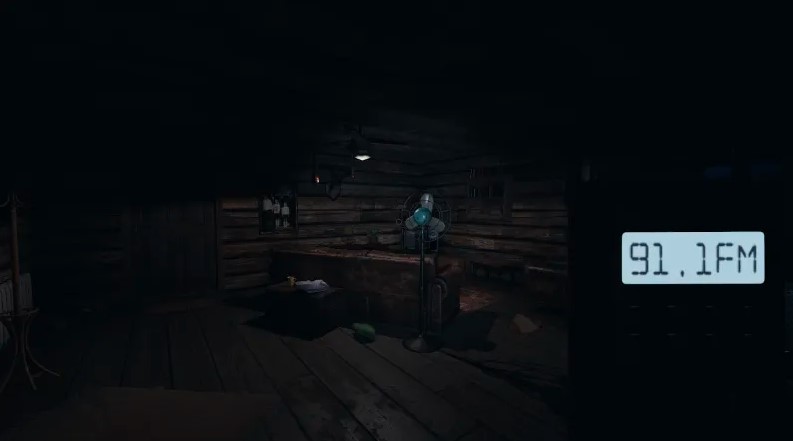 As it warms up, the game uses more and more sinister tricks – the plugs knocked out from overloading will instantly de-energize the entire room, and the way to the transformer in pitch darkness across creaky floors will seem like an eternity. It is also impossible not to note a simple, but in its own way brilliant idea, which the developers, among others, spied on from the infamous horror film PT – you can talk to the ghost with your own voice on the radio or ask him questions at the Ouija Board, which breaks the fourth wall and is extremely effective promotes immersion. Over time, the pulse quickens, and inversely proportional to it, the whole feeling of external well-being gradually collapses, revealing the sticky anxiety of the situation. 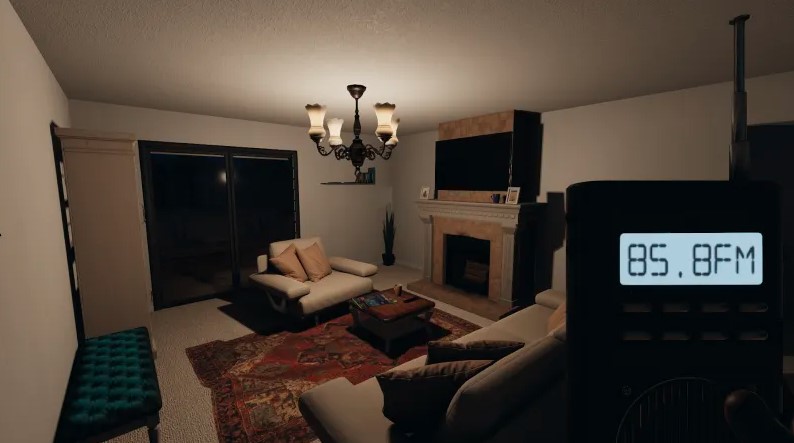 On easy difficulty levels, the squad has a few minutes as a head start before the evil spirits that have seized the premises will uncover their entire arsenal and begin an active offensive against the mortal insolent. Ghosts try to be as less predictable as possible, and they do it well, but with experience it becomes quite realistic to at least partially predict their tactics and behavior patterns. The attack phase is always foreshadowed by the intense blinking of a flashlight and other light sources, and loud footsteps and a powerful impact rumble will help to roughly determine the front of the attack of an angry soul – literally screaming poor fellows will have only eight seconds to prepare. After that, deadly hide and seek will begin, in the final of which one of the team members can glue the flippers in the arms of evil spirits, but continue the game in an incorporeal form, providing the survivors with all possible information support. Survivors of the raid may try to follow through during a lull, or they can stretch their legs, spitting on the unfulfilled points of the plan for the night.

For the successful completion of tasks, money drips into the account, which can and should be spent on expanding and upgrading equipment, among which there are thermometers to search for abnormally cold zones in the building, an electromagnetic field oscillation sensor, a sensitive radio for conversations with a restless person, an ultraviolet lamp to detect traces physical activity of the otherworldly guest, the camera is clear for what, video cameras to detect a ghostly aura, incense, salt and crucifixes for protection and other means, the correct and timely use of which is critical not only for completing tasks, but also for survival.

They won’t give everything right away – additional gadgets and locations open as the player’s level is pumped. Also, not far from the object, there is always a van that plays the role of headquarters, in which various monitors are installed that help to coordinate the work of the team on the fly – the paranormal activity sensor will help predict the onset of the attack phase and understand the temperament of the afterlife vagrant, the building plan will orientate in space, and the indicator of the level of sanity squad members will tell you which of the brave men should take a time-out or take a sedative, because fortitude directly affects the frequency of attacks and the general paranormal activity around the players. 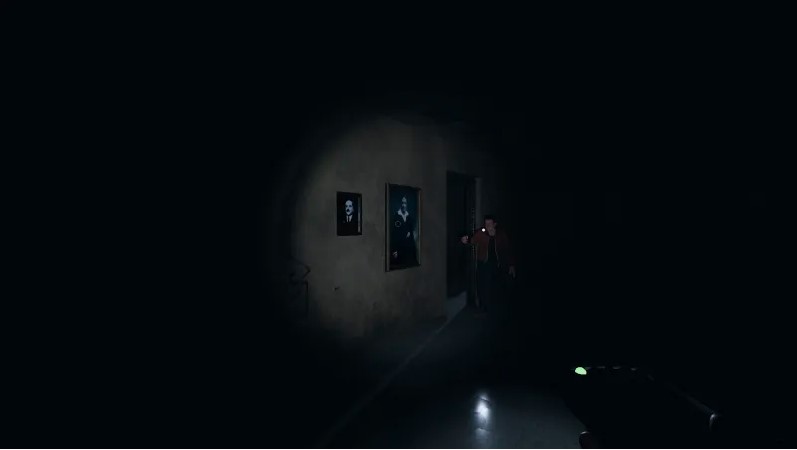 Technically, there is nothing to blame the game for, but praise too. The favorite of independent developers, the Unity engine gives out a poor but clean picture, and the performance is fine. It is worth, of course, to work on the character models and detailing of two large locations – a school and a mental hospital. But let’s be lenient – the Early Access status gives carte blanche to imperfection. And in general, 300 rubles, have a conscience.

The intermediate result is very optimistic – it is safe to say that the guys from Kinetic Games definitely know their business, have a coherent and very working concept of a fear of the unknown simulator. But that’s the catch – soon the players will study all the secrets and mechanisms, take apart all the available content to the bone and learn to calculate all types of evil spirits at the click of a finger, therefore, the British team is facing a very difficult task – tirelessly preparing update trucks and extensions, because due to its specificity, the game will be constantly hungry for content, just like ghosts for your fears.