Sony donated the PlayStation 5 to the man who first bought the company’s previous console in the world. Joey Chiu told about this on his personal page on the Twitter microblogging network.

The Japanese sent their dedicated fan of the console a week before its official launch. In addition to the PS5 itself, the package contained a commemorative inscription: “First in line for PS4. First in line for the PS4 Pro. Patience is a virtue. This is for you. Play without borders. “

Okay, this is 100% the craziest thing to happen.

“Okay, this is 100% the craziest thing that could happen. This is madness”.
It is worth noting that in the Western world, the figure of Joey Chiu has long been a meme. This man is rightfully considered one of the most recognizable and loyal fans of the PlayStation brand. 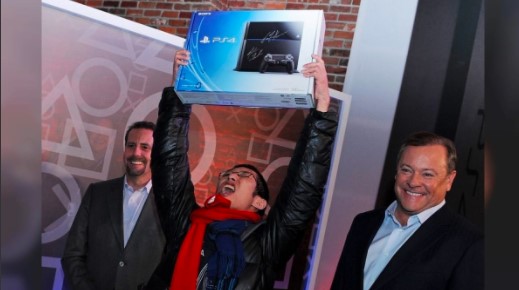 We will remind, earlier the editors of VGTimes wrote that the launch of the Xbox Series X in North America was so successful that scarce consoles began to surface in the secondary market. Of course, at the most insane prices.

The long-awaited day of June 11 also brought us the Sony presentation , which initially was supposed to offer us only gameplay and cutscenes from PS5 games. In the end we had a surprise: Sony presented the design of its PlayStation 5. We did not find out the specifications or price, but at least now we know what the gaming device looks like. I remind you that the new console comes during the winter holidays and you can see it below.

The latest speculation states that this device will cost 500-600 euros . The design excited much more people than Microsoft’s mundane “trash can .” The new console looks like a half-open shell, like a robot’s head or like a piece of architecture from Valencia (what you saw in season 3 of “Westworld”).