The football simulator in the EA empire has been assigned the role of the publisher’s key breadwinner, which means it has to release a new part every year, while adding a minimum of changes to the game. The scheme is controversial, but it works. The game is selling successfully. 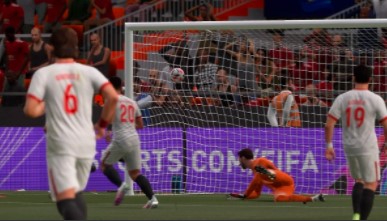 A small digression. The author of this review, that is, I, is not fond of football and has played previous games in the FIFA series without bothering with the management and purchase of athletes. In principle, it is difficult for me to assess how Manuel Fernandes moves in reality on the pitch and how he is animated in the game. How much do the players cost and how to calculate the transfer. Therefore, I evaluate the new FIFA precisely as a game in general, and not as a football mainstream.

I twist and twist, I want to confuse

Book publishers have this practice: if a work (a good work) does not sell well, you need to hire an intelligent designer and make a new cover. Electronic Arts has something like this with sports games. New loading screen, cool music playlist, unique world football star on the cover. But having launched a quick game in order to evaluate the core of the gameplay, the thought did not leave me for a very long time that this is the same FIFA 20, which last year did not differ from FIFA 19, and that, in turn, was a tracing … To understand for sure, it seems it or the games really look so similar to me, I conducted an experiment: I called five people, we sat down to play last year’s FIFA, and when everyone left the room, I changed the games. Alas, when the guys returned, they did not notice anything. 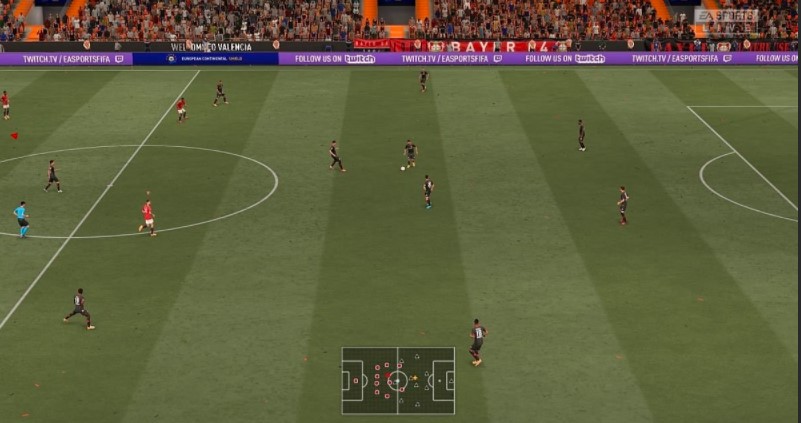 There are critically little innovations in the new FIFA. If last year, journalists and players were delighted with the new Volta mode, then this, it seems, will no longer have such a wow effect. What really caught my eye were the new colors in the menu and the slower pace of the game. You can feel it right away if you don’t play the superstars of world football. The second change is rewind time. In a single player campaign, scoring goals on the fifth try will become the norm, and constant use of this innovation in multiplayer can get you in the eye.

It is difficult for an amateur player to evaluate the new artificial intelligence. When I turn on the legendary mode, I personally can’t even take the ball away from my opponents. And on lower difficulty modes, you notice very stupid passes and powerful hits on the ball, after which it flies either into the stands or outside the goal. The artificial intelligence of your team also doesn’t shine. It feels like only losers are playing defense. The side and the goal are often left without protection at all, and when you run like crazy to save the goalkeeper from a powerful kick past the goal, you notice five players of the other team and none of yours. 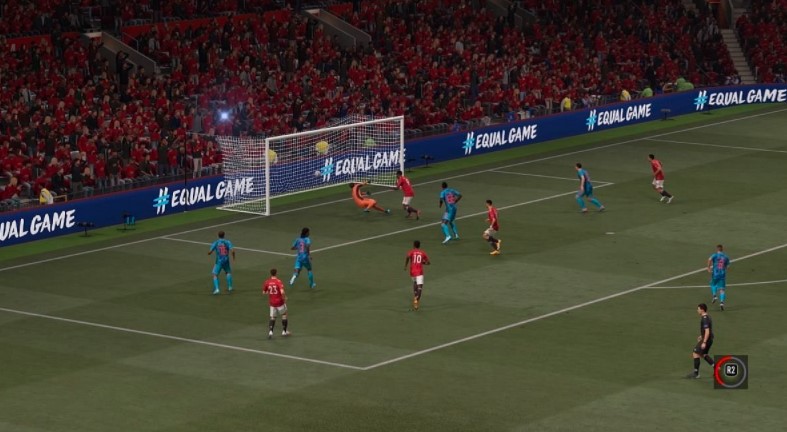 However, the most important thing is that the game is addictive, like a year ago. Even a person far from football will enjoy driving players across the field and kicking the ball. It’s all about the feeling of real presence at a football match. The roar of the stands, the howl of the commentators and the game tense to your fingertips. In the company of friends, FIFA 21 is fully revealed, you no longer pay attention to the problems of artificial intelligence, you are not bothered by oak goalkeepers – and you can drive the ball around the field to your heart’s content thanks to the new Agile Dribbling feature. Teasing your opponents with high skill and feints with the ball (when you press R1), of course, did not work, but experienced players should go. 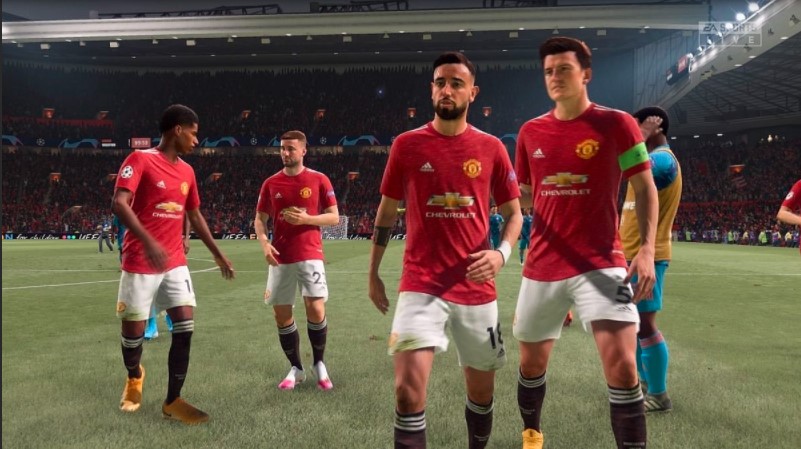 Minimum visual changes. The faces of the superstars are made at the level of the games of the end of 2007, and the players of little-known clubs look like standard dummies from free assets. If you peer into the crowd of fans, you will notice artifacts and other troubles – like severed hands. There are no special complaints about the main animations. Football players move and kick the ball quite realistically, and when watching replays, what is happening looks spectacular. Facial animation remained at the same levelFIFA 19 . The next game will be leapt to next generation consoles.

Above are screenshots from the last three games in the FIFA series – 19, 20, 21. Try to guess which game each screenshot was taken from 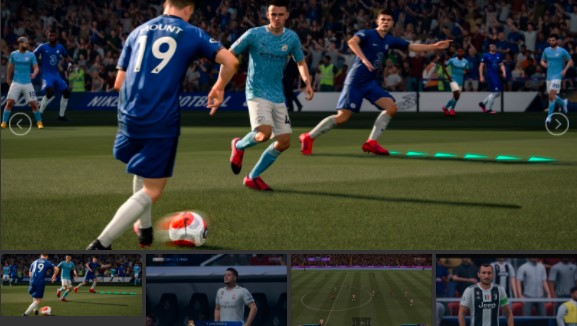 Manager without a diploma

Career mode can be started as a team player or as a football manager. The latter for me, as a person who does not understand anything in football, became a real hell. What is happening and how to play it is completely incomprehensible. The tutorials consist of three theses for each action point. I had to really open up a browser and search for key terms. Seasoned players, and even more so Football Manager fans, will love this. Of course, you shouldn’t expect a thorough study of management from FIFA, but still.

Having played several matches, I began to realize that I did not understand at all about buying athletes. Revenues are dropping, footballers can’t get enough rest, and e-mails never end. Press conferences are full of the same questions, and unvoiced dialogues during the transfer cannot be missed – you have to watch all this disgrace. At some point, it starts to tire, and you no longer want to play for the manager. This does not mean that it is impossible to play in the career mode without knowledge of football. But if EA did a coherent training, then gradually even the most distant from football user would be able to get involved. To play inCrusader Kings 3 does not need to be a politician or a historian, everything is clear due to intelligible training. 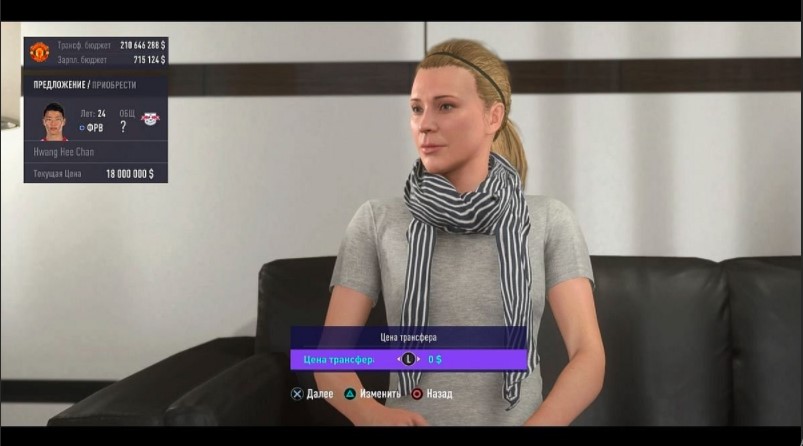 Career for a professional player remained unchanged. We play either for our protégé or for a real football player. True, creating a new player, you find yourself in the character editor, which does not shine with a wealth of settings. Further pumping, tracking numbers and indicators – everything is like in FIFA 20. I did not notice any new training sessions. And the developers added a simulation mode during the match … which makes the very meaning of a football simulator disappear. The game itself calculates the chances of winning and calculates all the moves in advance.

There were no major innovations in the career mode, but it is understandable – what is the point of reinventing the wheel every year, when each new game in the series is bought for the sake of another, for the sake of Ultimate Team. This is a mode in which players create their dream team by choosing from thousands of famous footballers, and then take to the field against other players. This mode received a more responsive menu, but it was not without problems. Either it is in the Russian version, or in the raw build, but some modes do not fit on the screen.

We also added stadiums, and now there is no need to constantly check the fitness of the players. Finally, your friend can play online with you as a team. That’s all I could see when comparing FIFA 20 and FIFA 21. 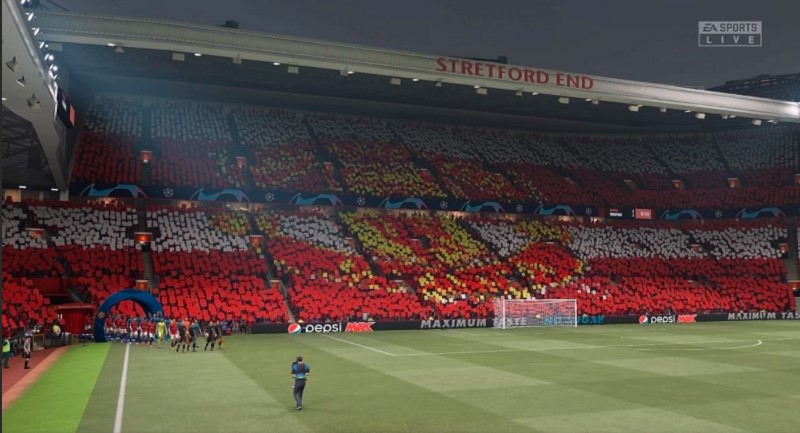 Volta mode, which appeared in the previous part of the game, was a pleasant surprise for me. It is ideal for beginners and gamers new to a gamepad. At its core, this is a kind of street football with 5v5 or 3v3 teams. Due to the fact that the player does not need to manage a large team and calculate every step on a huge field, the mode is ideal for mastering the controls and learning the basic rules of football. 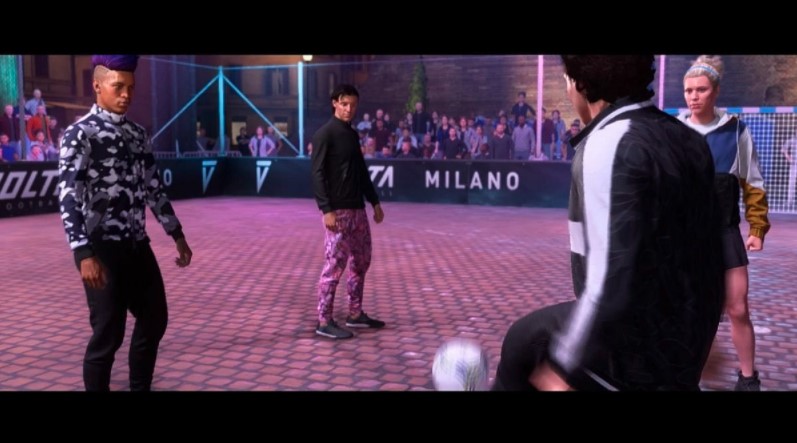 For Volta, the developers came up with a small campaign with staged and dubbed cutscenes. The player creates his own protagonist, who becomes the team captain. He is given a chance to compete at the championship in Dubai and make his club famous throughout the world. 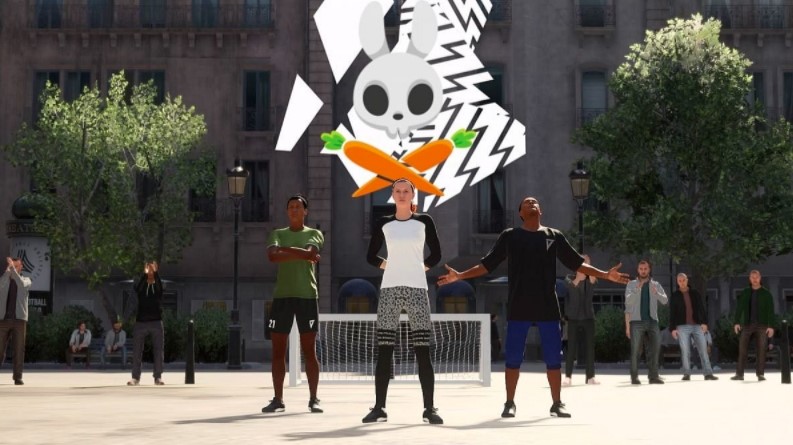 Volta is fun to play. Small areas, which are convenient to observe, and there are no dozens of other players, because of which it is impossible to properly micro-control one hero. And yet there are no substitutions, offsides, injuries, cards and even fatigue and endurance. As a result, Volta becomes accessible to any player, but at the same time it does not lose its fun and dynamics. 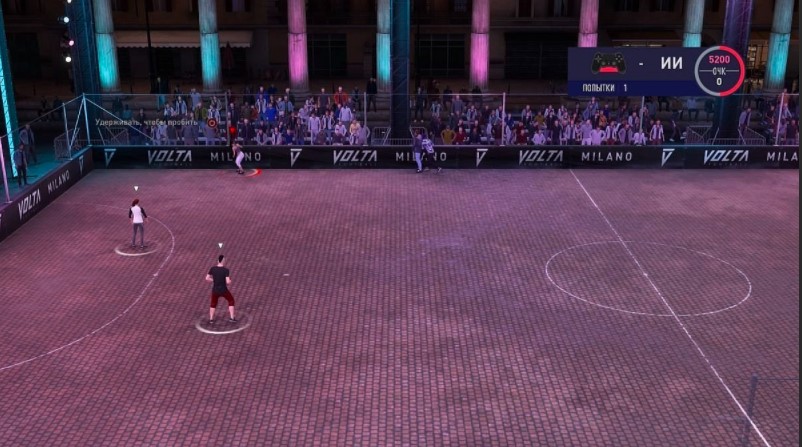 The feeling of the street does not leave even at major competitions, and the excellent soundtrack motivates to give feints and score goals at a professional level. At some point, you begin to realize that the main modes of FIFA 21 are designed for users already familiar with the game. They do not need to explain or show anything. They themselves will figure it out. In Volta, the opposite is true. She leads the player by the hand through the story mode and will not let go even when he is ready for online matches.

***
FIFA 21 – the same FIFA 20. You will not find significant changes. Visual bells and whistles, such as footballers tightening their leggings, do not count. Career mode has hardly evolved, except for a new menu and a couple of minor improvements in Ultimate Team (in addition, it took longer to load and responded worse to keystrokes). But the soundtrack is gorgeous, and I just want to add it to my playlist.

And finally, answering the question from the title: no, probably not worth it. If you bought FIFA 20 a year earlier, you can skip the current version and wait for FIFA 22 for the next generation of consoles. If you’re playing earlier iterations of a soccer sim, investing in FIFA 21 makes sense: at least Volta mode is still awesome. 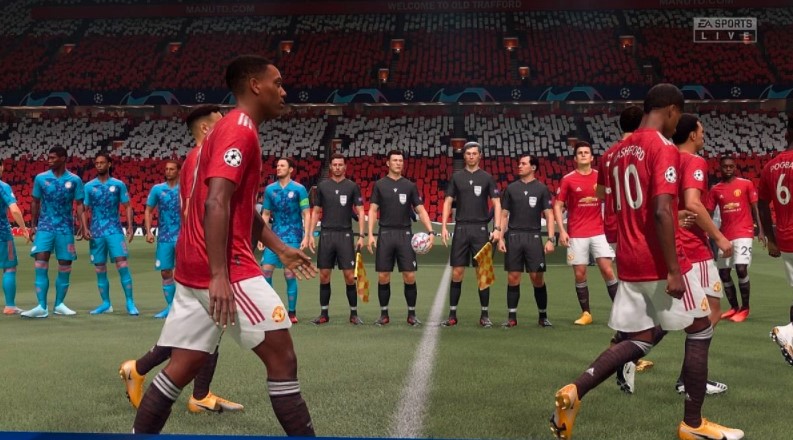 Assassin’s Creed Valhalla preview. It could be worse
To Top