Sony has released a new 12-minute gameplay recording of the remake Demon’s Souls from PlayStation 5 with developer commentary. Bluepoint Games showed off the character creation and shared project details.

The creative director of the game said that several thousand different hairstyles, scars, faces and other elements have been allocated to customize the hero. Some of the original voice actors also returned to the remake. 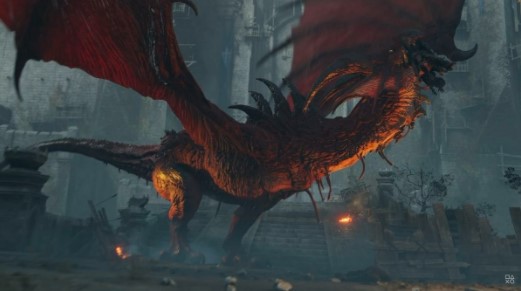 It is noted that the video was recorded in performance mode with 60 FPS and dynamic 4K. The author also showed a new interface. The gameplay began in the Boletarian Gate location, where the player is first shown a cutscene with a dragon.

The video has subtitles, including in Russian.

Demon’s Souls will be released on November 19 on PS5.

The authors of Demon’s Souls showed what the new character editor and photo mode is capable of
The Demon’s Souls remake has been compared to the original from the PS3. The video is impressive
Marvel’s Spider-Man: Miles Morales’ bouncy gameplay on PS5. Performance mode and 60 FPS
***

Free keys in VK and Tg ! Subscribe to our groups, read the news and grab a freebie – Steam key for Worms Armageddon and other games! Find out how to get the game.

Demon’s Souls is an RPG game. The game focuses on traveling the world and fighting enemies using a system that is as dexterous as it is tactical. The collision mechanics are very complex. It dies easily and often, and every mistake is very expensive, so chaotic attacks on everything that moves end in quick death.

The biggest problem is boss fights, in which, in order to have a chance to win, we must study the behavior of the enemy and discover his weak points.

When starting the game, we choose one of ten classes with unique features and initial characteristics. By defeating enemies, we get souls, which act as currency and experience points, and are used to improve the characteristics of the characters and acquire better and better equipment.

Death causes the loss of all unused souls. The character is reborn in a weakened ghost form with half his life at the nearest save point, and if he reaches the place of his death, returns the fallen souls. However, if he dies again on the way, they are lost forever. It is not easy to avoid such a fate, because after each of our deaths, all enemies, except for the bosses, come to life.

The game allows you to play alone, but it also offers unusual asynchronous multiplayer that is integrated with the story campaign. Players can leave messages and hints to each other and watch the last moments of other users’ characters.

There is also a cooperative mode in which we can summon other players who appear as ghosts. There is also a variant of the competition in which it is possible for other users to invade the world.

The announcement of the remaster of the Mass Effect trilogy has been leaked online. BioWare is developing a new part
To Top